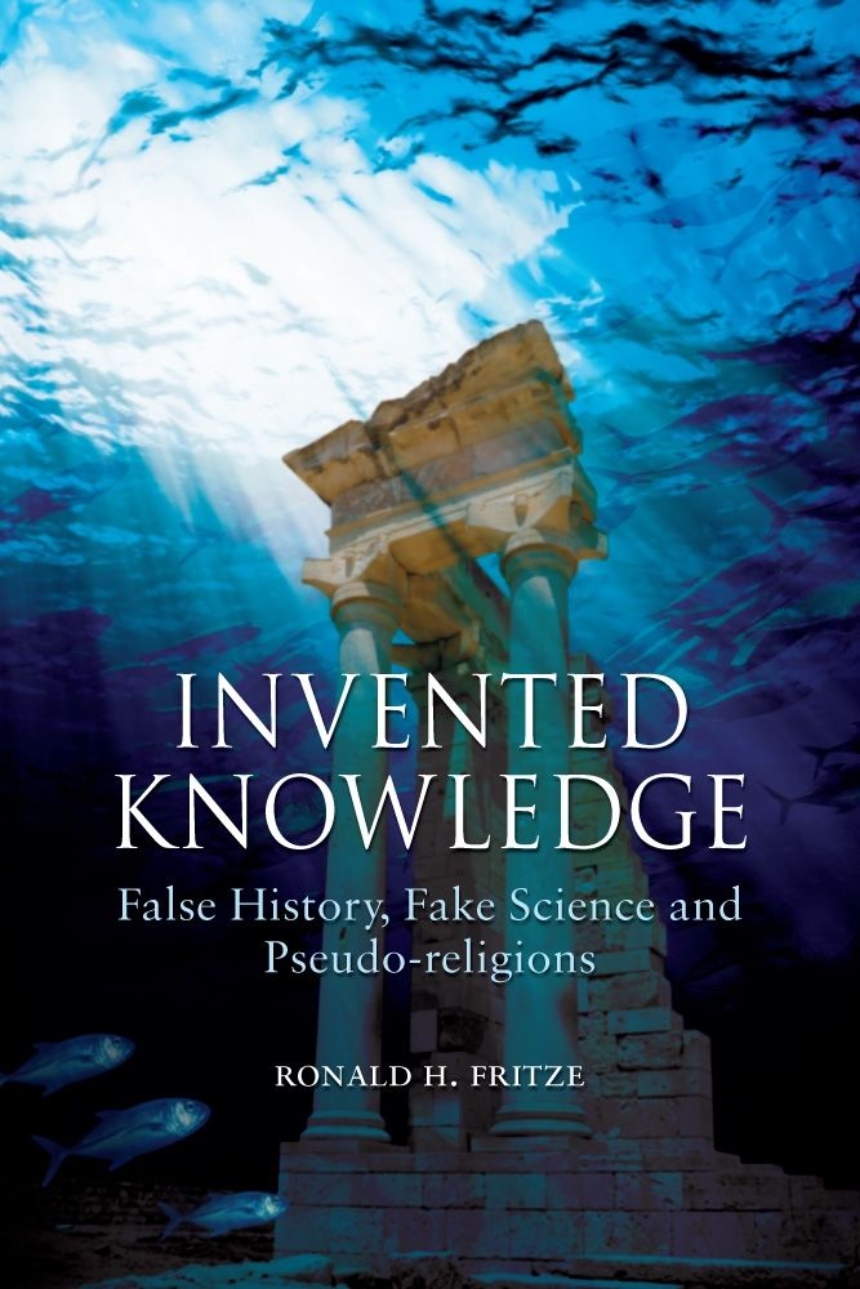 Were the Chinese the first to discover America in 1421? Did Jesus and Mary Magdalene have children together? Did extraterrestrials visit the earth during prehistory and teach humans how to build pyramids and stone structures? These are only a few of the controversial and intriguing questions that Ronald H. Fritze investigates in Invented Knowledge.

This incredible exploration of the murky world of pseudo-history reveals the proven fact, the informed speculation, and the pure fiction behind lost continents, ancient super-civilizations, and conspiratorial cover-ups—as well as the revisionist historical foundations behind religions such as the Nation of Islam and the Church of Jesus Christ of the Latter-day Saints. Drawing on the best scholarship available, Fritze shows that in spite of strong, mainstream historical evidence to the contrary, many of these ideas have proved durable and gained widespread acceptance. As the examples in Invented Knowledge reveal, pseudo-historians capitalize on and exploit anomalies in evidence to support their claims, rather than examining the preponderance of research as a whole.

From Indiana Jones and the Kingdom of the Crystal Skull to 10,000 B.C., the sensationalist topics of pseudo-history captivate audiences and permeate popular culture. Invented Knowledge offers many entertaining and enthralling examples of spurious narratives, artificial chronologies, and ersatz theories in a book guaranteed to intrigue, open eyes, and spark conversation among readers—skeptics and believers alike.

"Known knowns, unknown knowns and nonsense: what better time than the post-Bush era to shine a light on the murky world of the unabashedly made-up? Ronald H. Fritze brings a seriously large torch on his journey through spurious narrative, conspiracy theories and bestselling twaddle in a veritable encyclopaedia of folly, Invented Knowledge. Read it and giggle. Or weep."

"In this enlightened diatribe, author and historian Fritze takes a hard look at pseudohistory, myths passed off as historical fact by those who ’confuse the distinction between possibility and probability,’ either through ignorance or design (usually the latter). . . . Fritz incorporates a wealth of background information and insider baseball while buttressing his own provocative contentions, making this a hearty treat for history buffs."

"In Invented Knowledge, Ronald Fritze makes a level-headed and well-researched investigation into pseudo-knowledge, revealing the tricks used by purveyors of false and sensational ideas. He also shows how attempts to debunk the myths can add fuel to the fire."

"In this new age of intellectual chaos, it looks like being a splendid self-regarding spring for hype-resistant readers. They can relish the prospect of hooting from the sofa as lean and hungry sceptics hunt down the peddlers of pseudo-history or pseudo-science and sink rhetorical incisors into the flabby flesh of their prey. . . . Invented Knowledge goes in for a more forensic dissection of modern myths about the past. Fritze . . . selects a few choice myths and fads from the fringes of scholarship. He inspects enduring canards, from the Atlantis tales that took hold after the American Civil War, through the centuries-long quest for the 10 Lost Tribes of Israel, up to today’s taste for Chinese eunuch admirals whose fleet toured the entire globe in 1421, or the black-African ancient Egyptians whose profound wisdom gave Greece all its glory." – The Independent

"In his tireless analysis of the bloodlines of some of modernity’s most successful claptrap--from Immanuel Velikovsky to Erich von Däniken to Heaven’s Gate--Fritze does vindicate his claim that ’Pseudohistory has its historiography and its genealogy of ideas.’ Nonsense now has its Nietzsche."

2. Who’s on First? The Pseudohistory of the Discovery and Settlement of Ancient America