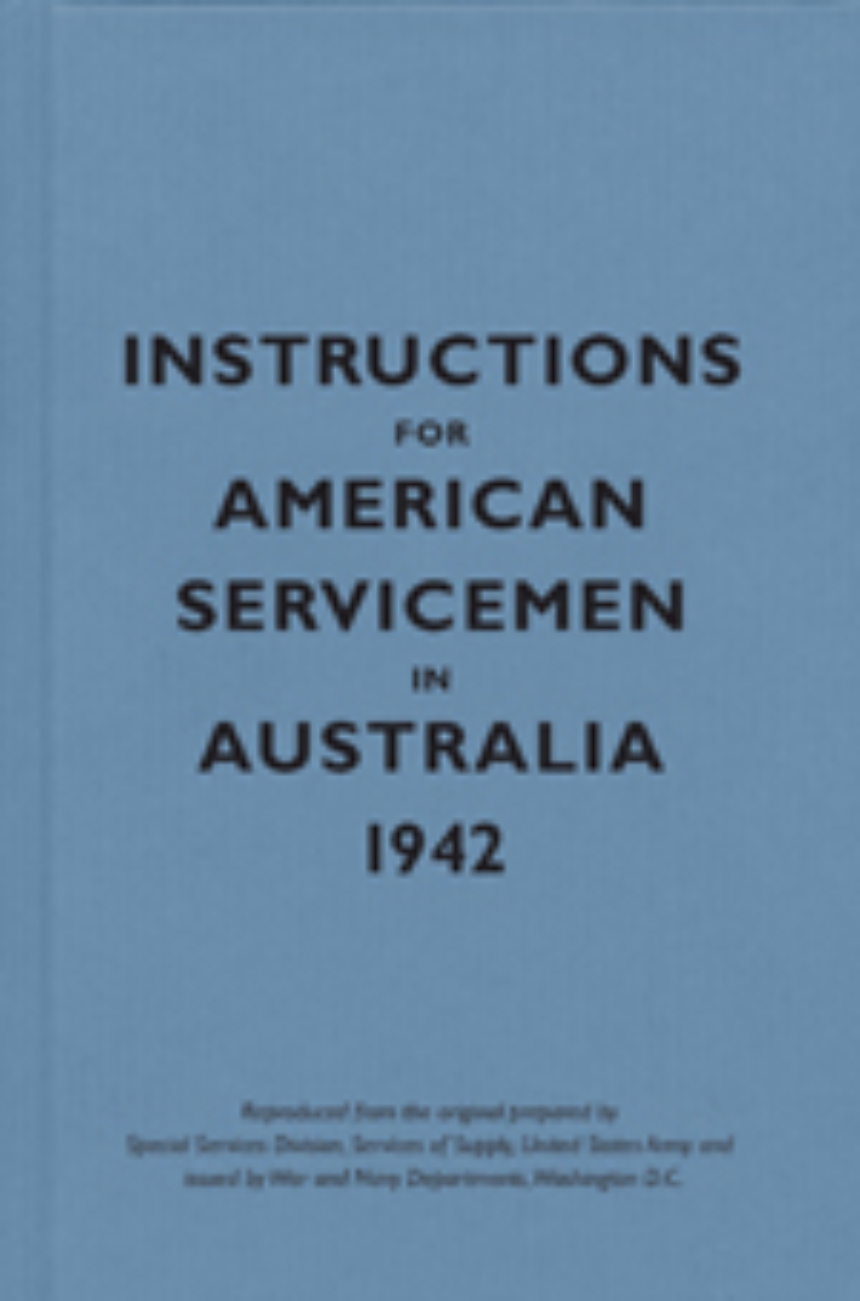 Instructions for American Servicemen in Australia, 1942

Instructions for American Servicemen in Australia, 1942

“Unlike cricket, which is a polite game, Australian Rules Football creates a desire on the part of the crowd to tear someone apart, usually the referee.” This is only one of the entertaining and astute observations the U.S. military provided in the pocket guides distributed to the nearly one million American soldiers who landed on the shores of Australia between 1942 and 1945. Although the Land Down Under felt more familiar than many of their assignments abroad, American GIs still needed help navigating the distinctly different Aussie culture, and coming to their rescue was Instruction for American Servicemen in Australia, 1942. The newest entry in the Bodleian Library’s bestselling series of vintage pocket guides, this pamphlet is filled with pithy notes on Australian customs, language, and other cultural facts the military deemed necessary for every American soldier.

From the native wildlife—a land of “funny animals”—to the nation’s colonial history to the general characteristics of Australians—“an outdoors sort of people, breezy and very democratic”—Instructions for American Servicemen in Australia gives a concise yet amazingly informative overview of the island nation. Regarding Aussie slang, it notes that “the Australian has few equals in the world at swearing. . . . The commonest swear words are ‘bastard’ (pronounced ‘barstud’), ‘bugger,’ and ‘bloody,’ and the Australians have a genius for using the latter nearly every other word.” The pamphlet also contains a humorous explanation of the country’s musical traditions—including an annotated text of “Waltzing Matilda”—as well as amusing passages on sports, politics, and the Aussies’ attitudes toward Yanks and Brits.

A fascinating look at a neglected Allied front in the Southern hemisphere, Instructions for American Servicemen in Australia, 1942 follows its successful predecessors as a captivating historical document of a pivotal era in history.

The Other Side of the World

The Empty Heart of Australia

The People “Down Under”