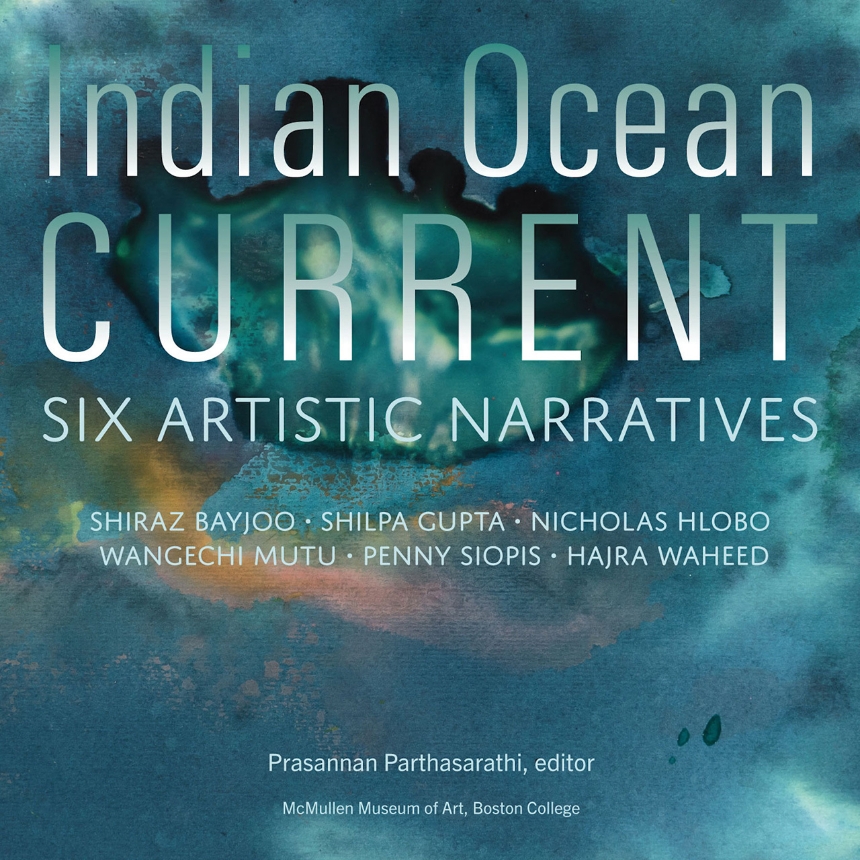 The rich history of the Indian Ocean has been much explored, though its present-day manifestations remain less studied. This catalog for an exhibition at the McMullen Museum of Art, curated by Prasannan Parthasarathi and Salim Currimjee, brings together essays that contextualize the work of six contemporary artists from the region. Through a variety of mediums and forms—including watercolors, videos, collages, sculptures, and photographs—Shiraz Bayjoo, Shilpa Gupta, Nicholas Hlobo, Wangechi Mutu, Penny Siopis, and Hajra Waheed grapple with the past, present, and future of the Indian Ocean.

Indian Ocean Current provides interdisciplinary perspectives on the work of these six artists, with essays drawn from environmental studies, postcolonial studies, literature, and history. Contributors trace the connections that spanned the Indian Ocean, the movement of peoples, and the evolution of plural societies.  From the mid-twentieth century, decolonization led to the creation of new nation-states, and hastily erected borders divided many. Today, the rising waters of the Indian Ocean, a consequence of climate change, strip these borders of their power. Indian Ocean Current opens up an artistic, historical, cultural, and political conversation about an area of the world famed for its cosmopolitanism but threatened by nationalism and global warming.