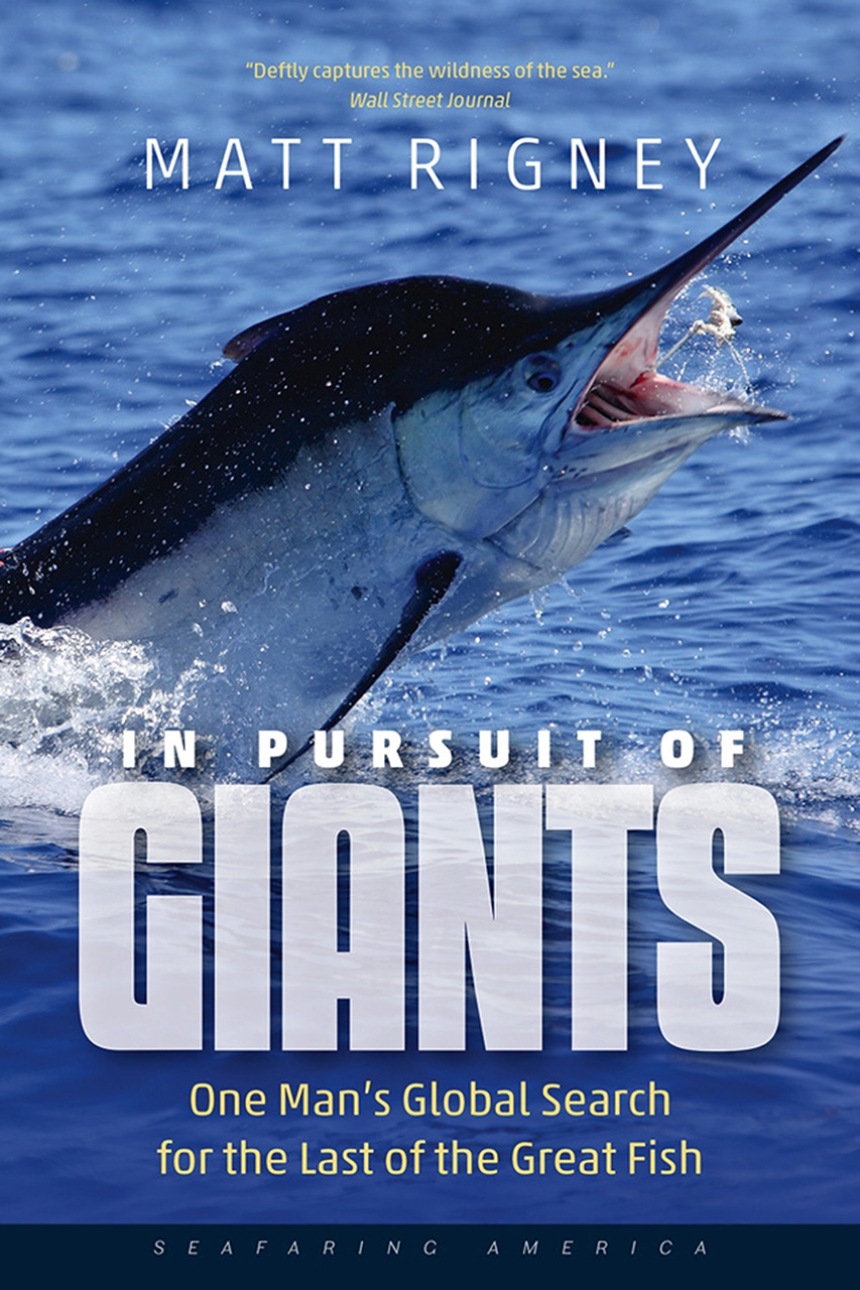 In Pursuit of Giants

In Pursuit of Giants

For millennia the great fish—marlin, bluefin tuna, and swordfish—have reigned over the world’s oceans and awed human beings. Naturalists, photographers, sportfishermen, and writers from Zane Grey to Ernest Hemingway have been inspired by their beauty, power, and sheer size. But like much other marine life today, these fish face perilous reductions in their populations due to destructive and illegal fishing, inept fisheries management practices, and dramatic changes in ocean ecology, including those wrought by climate change. In Pursuit of Giants is a moving elegy and a call to arms for the protection of these creatures, as well as a five-year, 75,000-mile global adventure story that takes author Matt Rigney on a quest to discover how once-thriving species are now threatened. Rigney’s pilgrimage to encounter these giants takes him from the sportfishing mecca of Cabo San Lucas, to the Great Barrier Reef, from New Zealand to Nova Scotia, Japan and the Mediterranean, as he joins commercial and sport fishermen, marine biologists, fish-farming pioneers, and ocean activists to investigate the dangers these species face, and the various efforts being made—or not—to protect them.