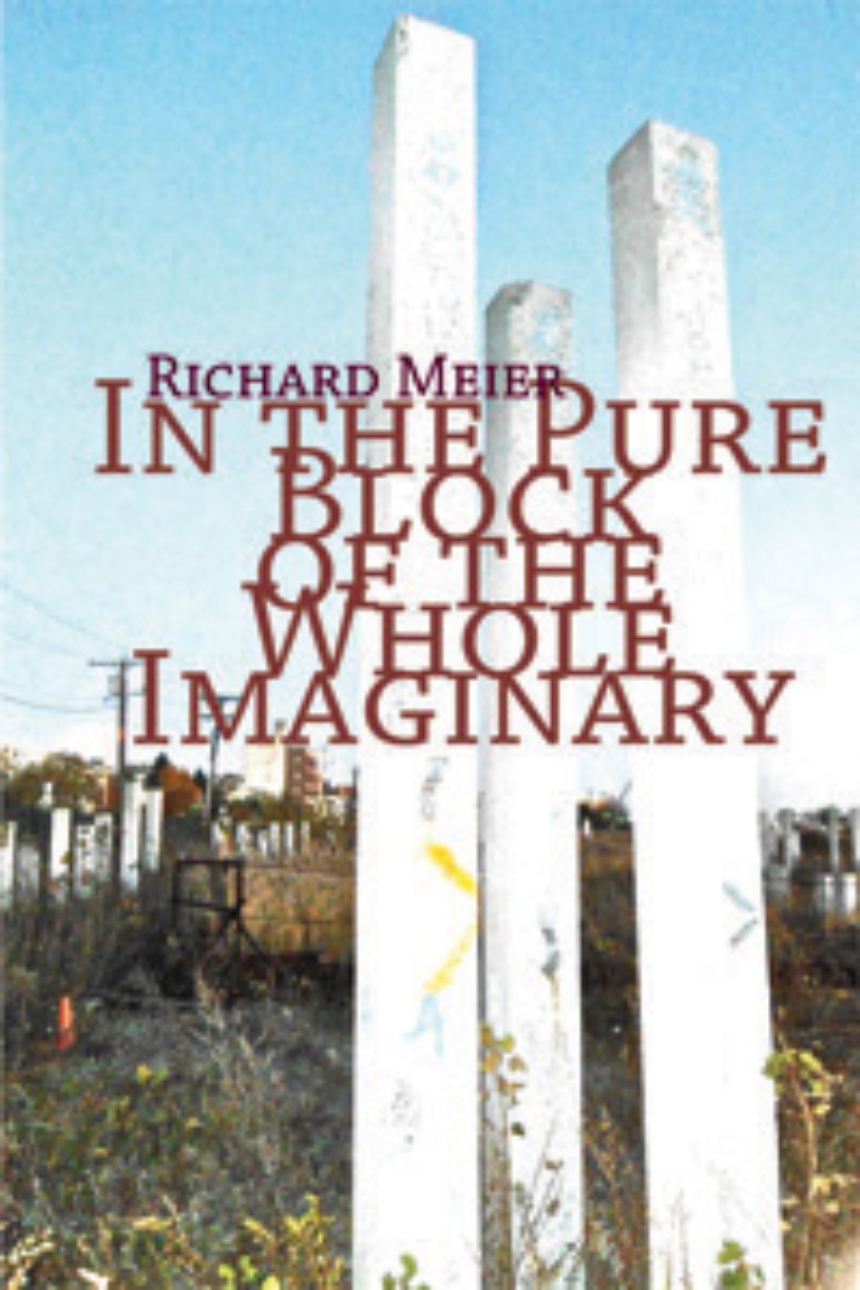 In the Pure Block of the Whole Imaginary

In the Pure Block of the Whole Imaginary

In the Pure Block of the Whole Imaginary pushes past the line and the fragment and toward the sentence, the thought trying to complete, the paragraph, a distinct passage. The poems, most a single paragraph, are comprised of several of the many things a paragraph is said to consist of, including, according to the OED: “a distinct passage or section of a text, usually composed of several sentences, dealing with a particular point, a short episode in a narrative, a single piece of direct speech, etc.” The first poem in the project, though no longer the first in the book, was written while reading Francis Ponge’s amazing The Making of Le Pre, which reproduces his notes toward the poem Le Pre alongside a translated type-written transcription. The form of the notes—crammed into every corner of the page, gathering observation, research, reading, quotations, anecdote—suggested a more inclusive way to think and write. The book, with its not-quite 50 prose poems, is also an imaginary completion, an echo or a shadow or shade, of Baudelaire’s planned 100 Petits poèmes en prose. The book, then, became a project only after the fact, or in response to the fact, of the poems’ emergence. The opening of each section—the first few words from each poem in that section—operate as a kind of descriptive table of contents for each section and also a poem of sorts, as those chapter headings often were novels of the past.