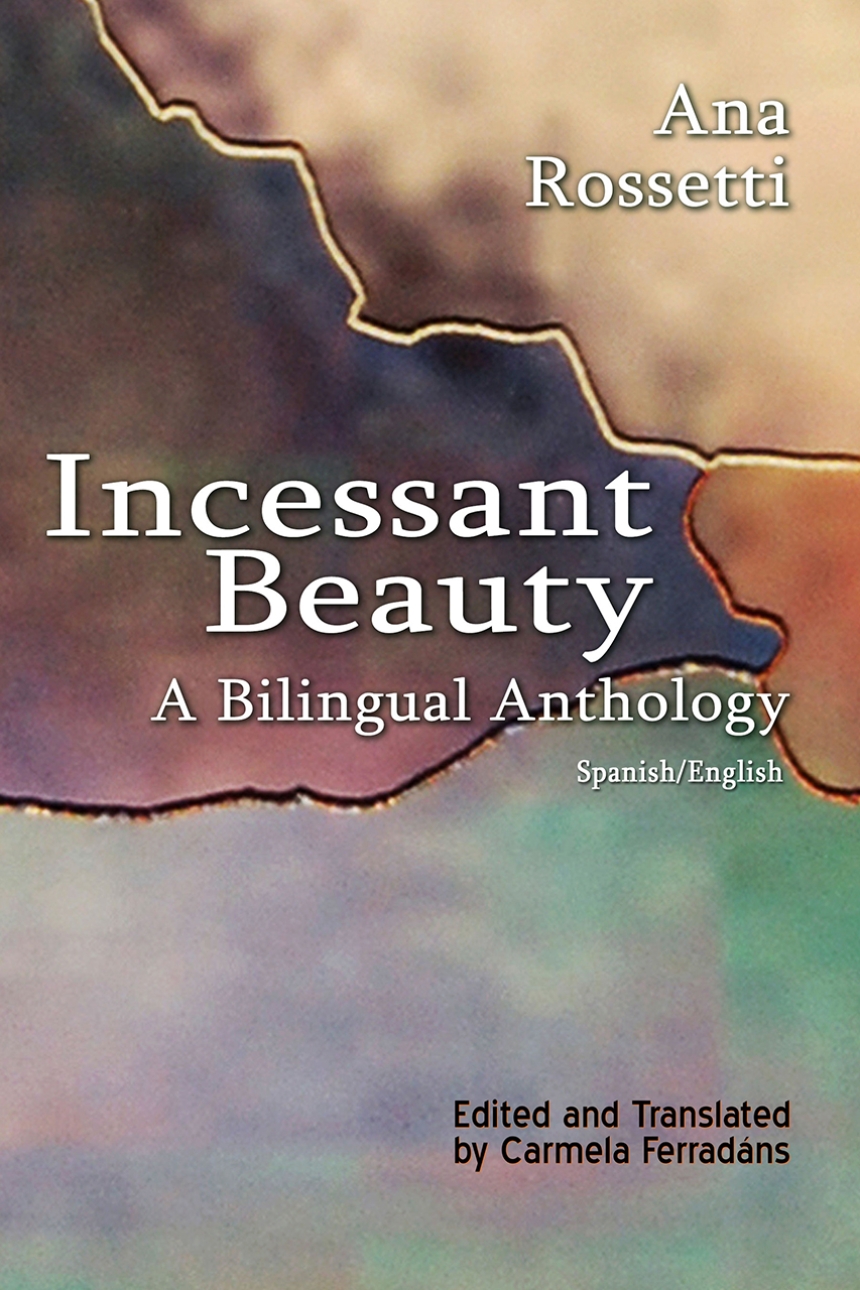 Edited and Translated by Carmela Ferradan
INCESSANT BEAUTY is a feast for the senses and the mind. Ana Rossetti (from Cadiz, Spain), who began her literary career in the late seventies soon after dictator Francisco Franco’s death in 1975, is an award-winning poet and writer. She became prominent among the many women poets who used the lifting of censorship to produce a fresh, often daring, body of poetry. INCESSANT BEAUTY offers to an English-speaking audience a first glimpse into Rossetti’s eclectic and voracious symbolic universe. Editor and translator Carmela Ferradans has selected poems that offer a wide range of themes and poetic registers that span more than thirty years. Presented in chronological order, the poems vary from the playful, often cheeky, early poems for which Rossetti is well-known; to the more brooding meditations on transcendental human qualities; to the latest festive celebrations of the poetic word itself. In INCESSANT BEAUTY, Rossetti maps out displacement and exile in the fringes of the heart, bringing solidarity with one another to the core of our shared humanity.