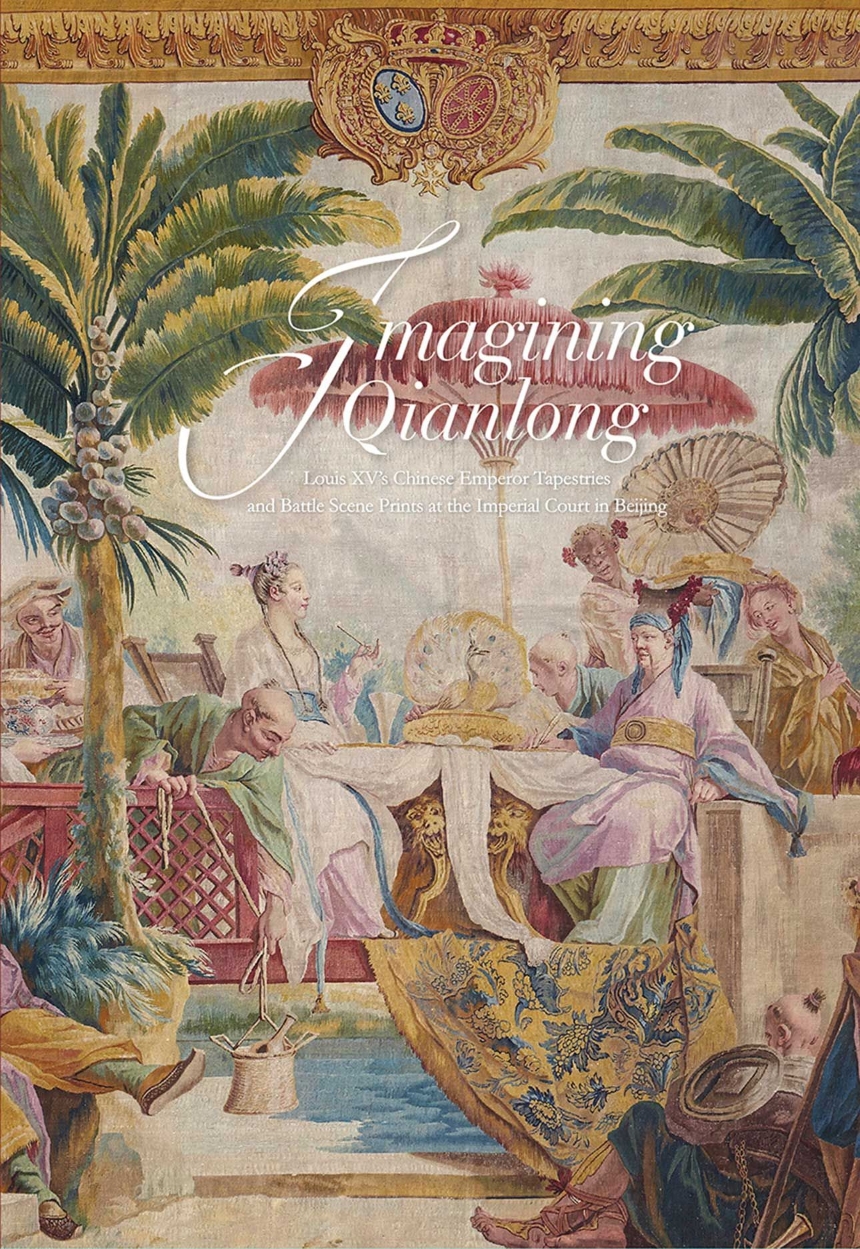 This publication accompanies an unprecedented exhibition highlighting four of the magnificent chinoiserie tapestries of Chinese Emperor Qianlong, woven after designs by François Boucher at the famous Beauvais manufactory from 1758–1760. The large and well-preserved textiles form part of the royal French commission by King Louis XV, objects of which were presented to Qianlong in 1766. These celebrated tapestries are joined by another historic set of culturally related depictions in print—The Battles of the Emperor of China. The engravings were ordered by Qianlong, drawn by Jesuit painters at the Imperial Court in Beijing and then printed in Paris 1769–1774. The ‘culture’ of these prints follows King Louis XIV’s influential images of the Histoire du Roi and presents Qianlong as both a war hero and as the undisputed leader of China in the mid-eighteenth century. These depictions date to the exact same time period, one that coincides with the high demand for chinoiserie in France—culminating in the world-famous designs by Boucher—and the Imperial Court of China’s interest in French design and culture. Despite their world-renowned fame, these groups of images previously have not been shown together. Imagining Qianlong presents one of the rare topics to celebrate the court cultures in both France and China, at a time when the empires idolised each other, and cultural influences and exchanges were highly significant and supported by well-established and prosperous monarchs during an increasingly enlightened eighteenth century. In order to highlight the cross-cultural aspects of this project, Florian Knothe (HKU), Pascal-François Bertrand (Bordeaux), Nicholas Pearce (Glasgow) and Kristel Smentek (MIT) have contributed essays detailing the sociocultural history of the tapestries and prints. Each scholar is an expert in their fields and a well-versed lecturer on Chinese artistic influences in France, as well as French and European Jesuit culture in China.