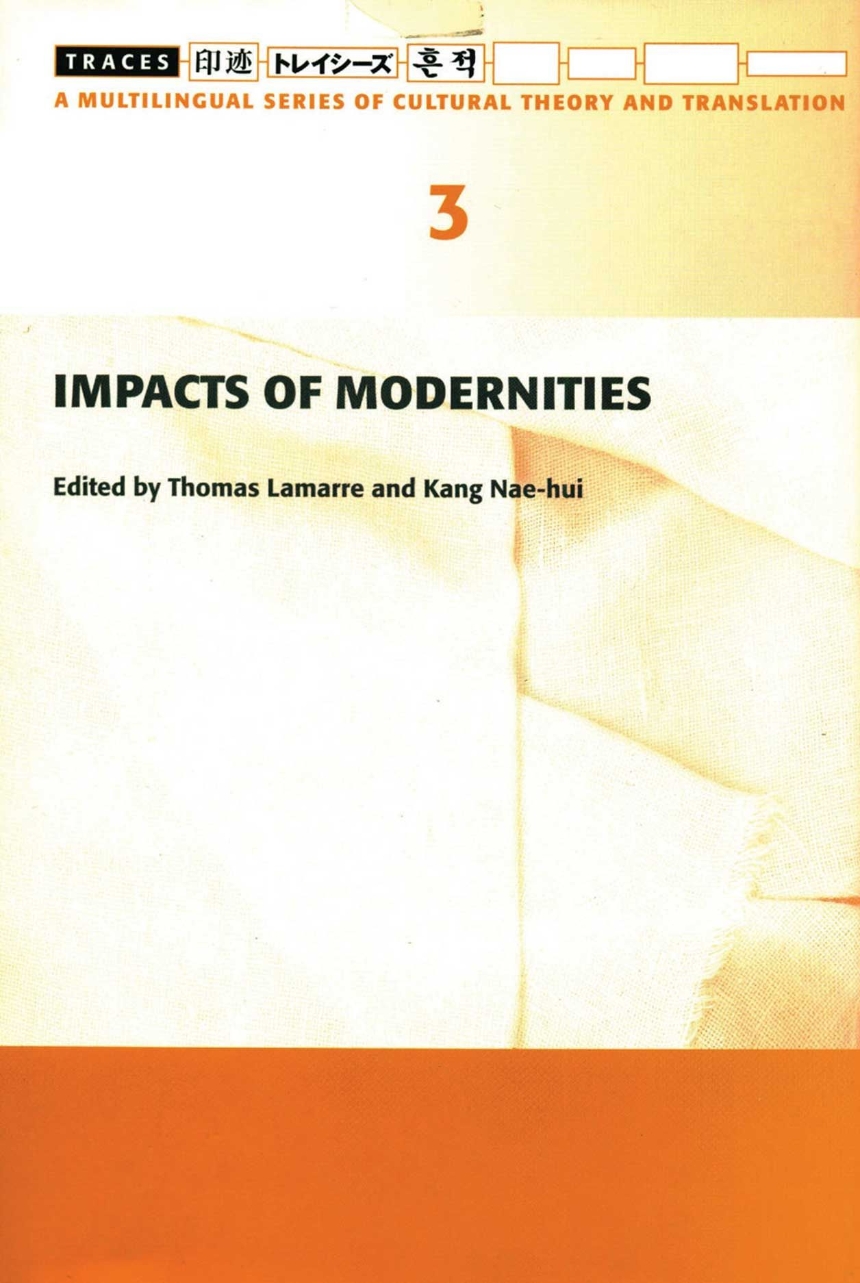 Impacts of Modernities, the third volume of the Traces series, explores the problem of modernity, with an emphasis on the impact of Western modernity on East Asia. While the essays generally acknowledge modernity as a problem or even failure, in order to challenge modernization and modernization theory, the volume presents a number of different approaches to, and evaluations of, modernity in historical and contemporary frameworks. One group of essays looks at the complex relations between modernity and production of space, place and identity. Contributors consider the spatializing tendencies of modernity, looking at how resistance to modernization has tended to rely on the production of national and local identities, which may serve to reproduce and reinforce the logic of modernization in new registers. Of particular importance is the legacy of comparativism in our contemporary disciplines. Other essays explore the historically specific relations that arise between nation, empire and representation. Contributors reconsider the alleged particularity of national languages and scripts, asking whether the insistence on the particular does not already entail an access to the universal and thus maybe to empire. Still other essays question whether the prime characteristics of modern power – subjection and sovereignty – continue to define power relations within the contemporary world order. To what extent is it now possible to think power formations and resistance beyond the modern, otherwise than modernity? Contributors Peter BUTTON, Kenneth DEAN, Michael GODDARD, Harry HAROOTUNIAN, HONG Seong-tae, KANG Nae-hui, Thomas LAMARRE, LAW Wing-sang, Ethan L.J. NASREDDIN-LONGO, Jon SOLOMON, SUN Ge, Atsuko UEDA