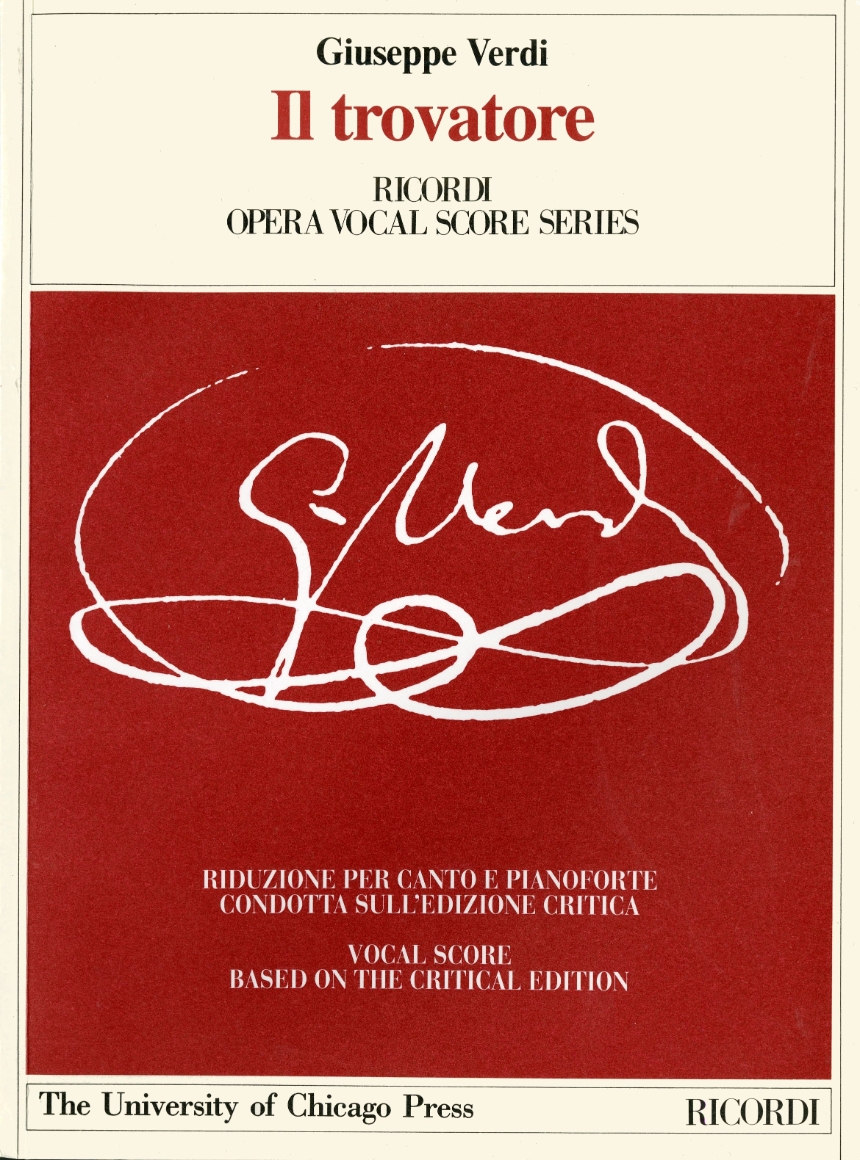 Edited by David Lawton.
New singing translation in English by M. Herman and R. Apter.
None of Verdi’s other operas, with the exception of Ernani, enjoyed such an immediate and resounding success as Il trovatore; followings its premiere on January 19th, 1853, it soon became a favorite across the continent. Verdi himself was very protective toward Il trovatore, as was his habit with the operas especially dear to him—he exercised tight control over revivals, denying his consent to performances when the interpreters were not up to standard, and refusing to make alterations requested by singers. Thus little alternative material was introduced, and all of the changes that Verdi himself made can be deduced from the study of the autograph full score. David Lawton’s critical edition of the orchestral score forms the basis for this new piano-vocal reduction, which includes an English singing translation by Mark Herman and Ronnie Apter; this affordable paperback edition offers performers and scholars a reliable source for interpretation and study of Verdi’s composition and dramaturgy.