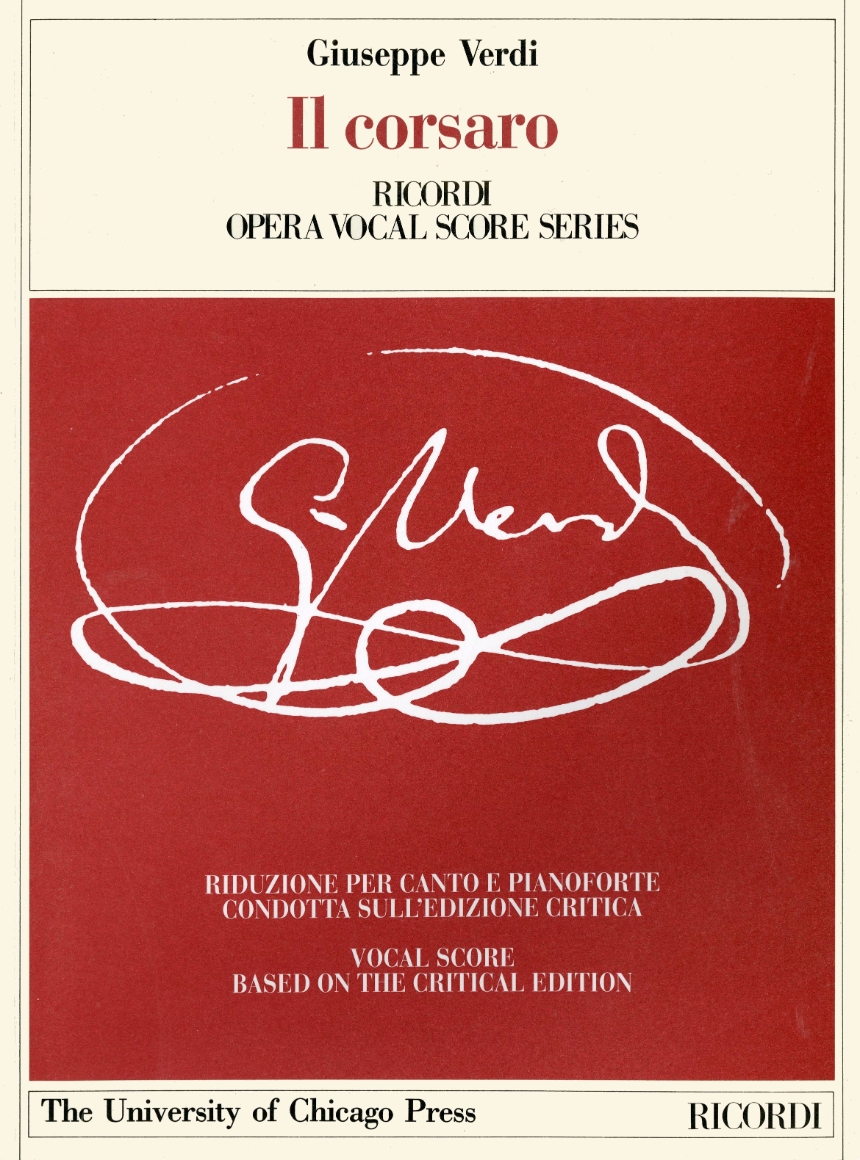 Although Verdi began sketching the music for Il corsaro in 1846, a lengthy illness forced him to postpone further work. He completed the score in early 1848, but the revolutions of that year delayed its first performance. When it finally premiered on October 25 at the Teatro Grande of Trieste, Verdi was in Paris and did not participate as usual in the production, which was poorly received. Though more successful in subsequent stagings, Il corsaro was soon eclipsed by the operas of the noted "trilogy" and fell from the repertory.

The full score of Il corsaro as well as recent revivals, reveal the work to be far more rewarding than even Verdi himself would later admit. This edition offers for the first time a paperback derived from the definitive full score.