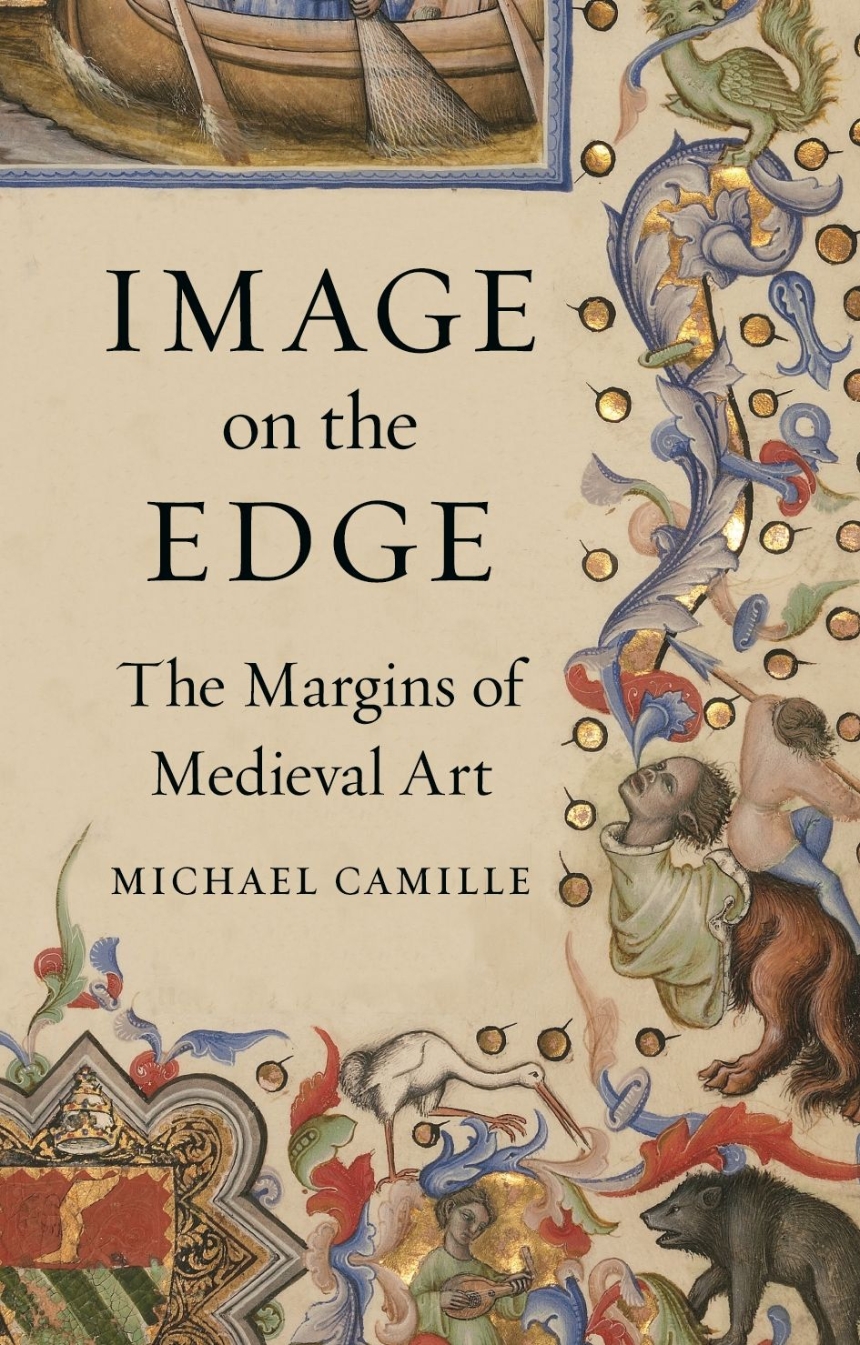 Image on the Edge

The Margins of Medieval Art

Image on the Edge

The Margins of Medieval Art

What do they all mean—the lascivious ape, autophagic dragons, potbellied heads, harp-playing asses, arse-kissing priests, and somersaulting jongleurs to be found protruding from the edges of medieval buildings and in the margins of illuminated manuscripts? A groundbreaking, celebrated study of marginalia in mediaeval art, Michael Camille’s Image on the Edge explores this riotous realm so often explained away as mere decoration or zany doodles, a place where resistance to social constraints flourished. Along with their loftier subjects of knights and clerics, medieval image-makers focused attention on the underside of society, the excluded and the ejected. Peasants, servants, prostitutes, and beggars all found their place in their artworks, engaged in impudent antics in the margins of prayer-books or, as gargoyles, on the outsides of churches. Camille’s essays illuminate how marginality functioned in medieval culture, showing us just how scandalous, subversive, and amazing the art of the time could be.

“A handsome, entertaining account of the peculiar fashion for grotesque, obscene, and humorous presences on the margins of medieval illuminated manuscripts.”

“Looking at medieval manuscripts more and more closely, peering with pleasure into the borders of bunnies and monkeys, whether we seek deliberate smut or idle whimsy, it makes Image on the Edge well worth reading. It is an entirely diverting and unusual book.”

“If the study of medieval art is not to remain an esoteric and elitist discipline then more books like this must be written.”

“Camille’s polymathic essays undoubtedly will provoke such studies and will expand the field of questions we ask . . . and in this he will have made a valuable contribution.”

"This is an interesting book that will make the reader examine manuscripts and sculpture more carefully and understand the Middle Ages more comprehensively. . . . It is a book that will broaden your idea of medieval art in an enjoyable way."

"Image on the Edge remains an important and highly readable exploration of an intriguing corner of medieval culture with the power to open up a whole society and its mental worlds to modern readers in an exhilarating, thought-provoking, and original fashion."