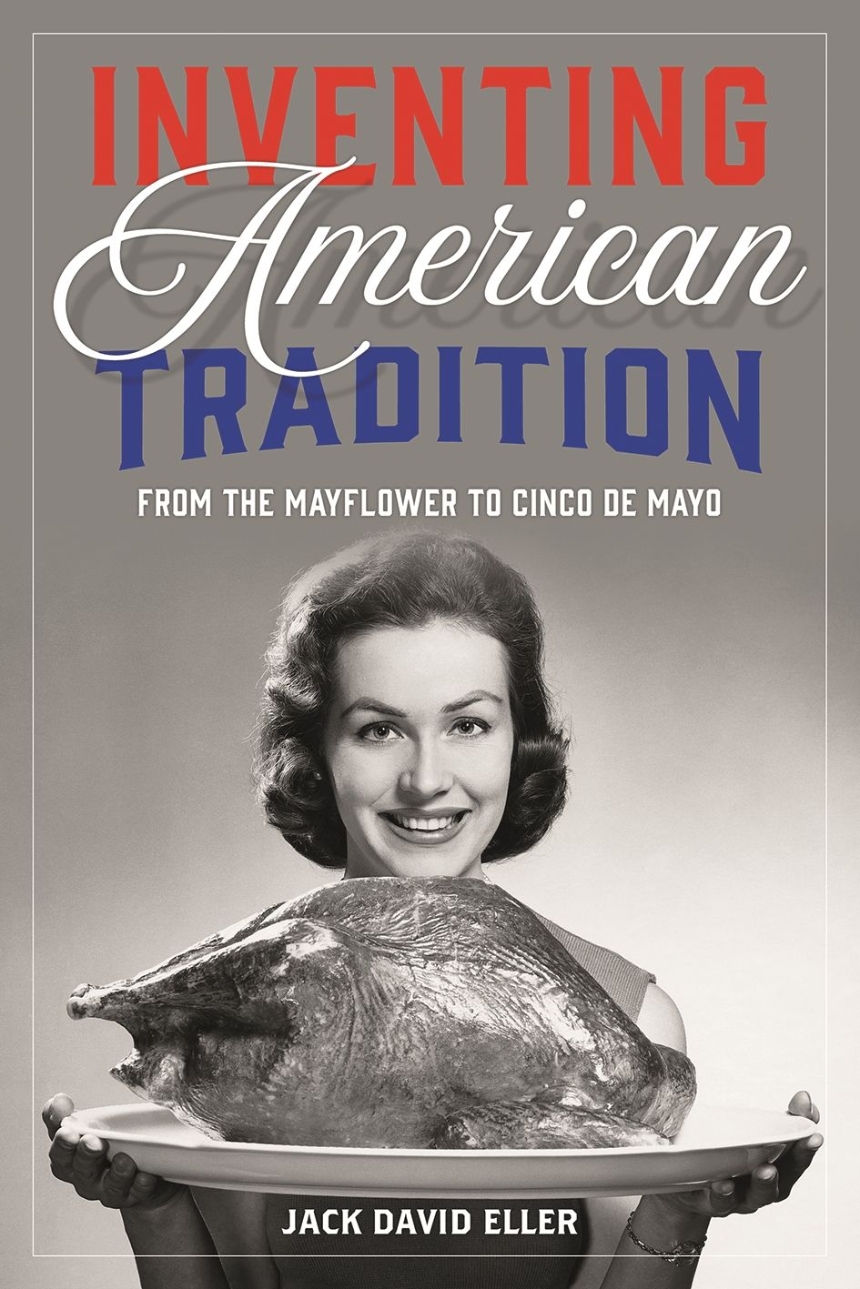 From the Mayflower to Cinco de Mayo

From the Mayflower to Cinco de Mayo

What really happened on the first Thanksgiving? How did a British drinking song become the US national anthem? And what makes Superman so darned American? Every tradition, even the noblest and most cherished, has a history, none more so than in the United States—a nation born with relative indifference, if not hostility, to the past. Most Americans would be surprised to learn just how recent (and controversial) the origins of their traditions are, as well as how those origins are often related to such divisive forces as the trauma of the Civil War or fears for American identity stemming from immigration and socialism.

In pithy, entertaining chapters, Inventing American Tradition explores a set of beloved traditions spanning political symbols, holidays, lifestyles, and fictional characters—everything from the anthem to the American flag, blue jeans, and Mickey Mouse. Shedding light on the individuals who created these traditions and their motivations for promoting them, Jack David Eller reveals the murky, conflicted, confused, and contradictory history of emblems and institutions we very often take to be the bedrock of America. What emerges from this sideways take on our most celebrated Americanisms is the realization that all traditions are invented by particular people at particular times for particular reasons, and that the process of “traditioning” is forever ongoing—especially in the land of the free.

“The concept of traditions being invented seems counterintuitive, writes Eller, but since the United States has no ancient past and was ‘self-consciously created,’ what we now consider uniquely American traditions had to be constructed or cobbled together from a variety of sources. . . . The stories behind these traditions help provide texture to the fabric of everyday American life. . . . With such wide-ranging subjects, Inventing American Tradition should appeal to those interested in dipping into a digestible history of Americana.”

“Highly entertaining. . . . Eller illuminates with gentle wit and skepticism the many myths, legends, and traditions that have grown up in the United States. . . . Reading about American traditions while witnessing the contortions of the Trump presidency lends peculiar poignancy to this book. . . . What makes Eller’s book so timely is captured in his observation that ‘tradition is and always has been more about the present and the future than the past.’”

"Eller investigates the often-surprising origins of American political symbols (the national anthem), iconic clothing (blue jeans), and holiday celebrations (Thanksgiving), with an eye to those who created them and their reasons for doing so."

"When you examine various American traditions through the eyes of a historian and a cultural anthropologist, the gap between myth and fact can be vast. But that gap is instructive in revealing what Americans believe about ourselves. This is what Eller contends in Inventing American Tradition."

"The ideal book to read before the relatives gather for Thanksgiving, especially for family smart alecks who like to blurt out obscure facts during dinner. . . . It’s one to keep in the bathroom and leaf through when you, um, have a moment. You can place it next to the Guinness Book of World Records. Open it up anywhere, learn a thing or two, and get on with your day. Just be warned: If, at Thanksgiving dinner, Uncle Leo shouts facts about the origin of the humble hamburger or Pledge of Allegiance, you’ll know he got to the book first."

"American traditions like our flag, anthem, and holidays are often thought of as ingrained in our history, as if they sprung fully formed on the day of our nation’s birth. But every tradition has a human story behind it, often involving conflict and disagreement and spurred on by an unlikely creator, according to Eller."

"This is a wonderful book because it is not only about America, but also about ourselves: we all love Superman, swig Coke and say 'OK.' Many traditions have become successful exports and have conquered the planet. (Though some remain stubbornly domestic.) The triumph of American culture, though lamented by some, is an indication that these traditions must have got something right. It is not simply that we all love traditions, and that human beings are traditional creatures—the whole world is, to some extent, American now. This delightful and thoughtful book convinces the reader that this is not altogether a bad thing."

"Although Eller’s book focuses on American traditions like the origins of the national anthem, the eponymous hamburger, and Micky Mouse, it will make you consider how our own traditions have evolved."

"Eller’s lively and engaging Inventing American Tradition recognizes that every nation develops invented traditions that bind its citizens. Creatively combining history, literature, and folklore, Eller demonstrates that this is gloriously true in the American republic. From our National Anthem to Mickey Mouse to Coca-Cola to Thanksgiving, we could not consider ourselves a nation without sharing these traditions. This fascinating volume explains how each of these symbols shapes what it means to be a patriotic American."

Gary Alan Fine, author of "Talking Art: The Culture of Practice and the Practice of Culture in MFA Education"