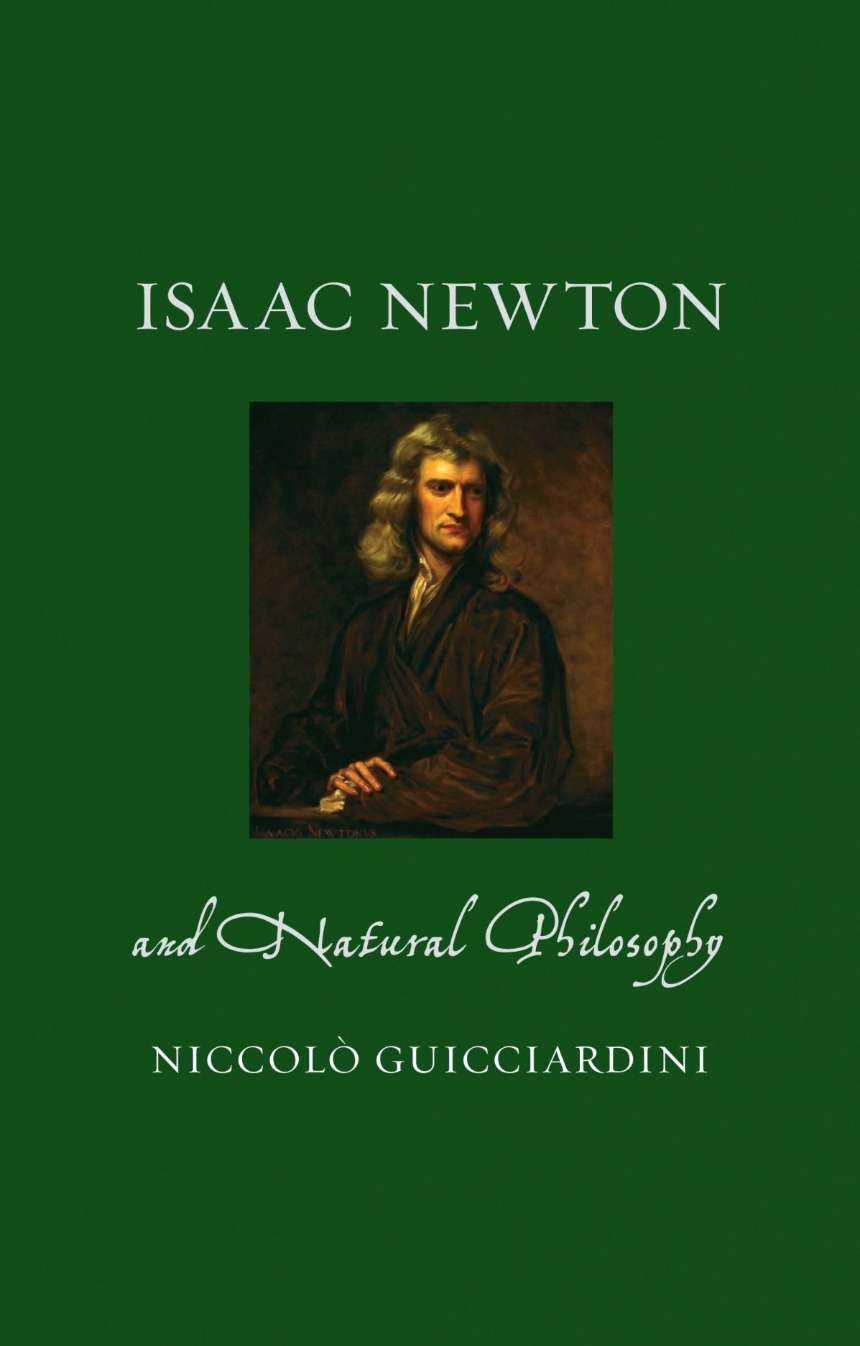 Isaac Newton is one of the greatest scientists in history, yet the spectrum of his interests was much broader than that of most contemporary scientists. In fact, Newton would have defined himself not as a scientist, but as a natural philosopher. He was deeply involved in alchemical, religious, and biblical studies, and in the later part of his life he played a prominent role in British politics, economics, and the promotion of scientific research. Newton’s pivotal work Philosophiæ Naturalis Principia Mathematica, which sets out his laws of universal gravitation and motion, is regarded as one of the most important works in the history of science.

Niccolò Guicciardini’s enlightening biography offers an accessible introduction both to Newton’s celebrated research in mathematics, optics, mechanics, and astronomy and to how Newton viewed these scientific fields in relation to his quest for the deepest secrets of the universe, matter theory and religion. Guicciardini sets Newton the natural philosopher in the troubled context of the religious and political debates ongoing during Newton’s life, a life spanning the English Civil Wars, the Restoration, the Glorious Revolution, and the Hanoverian succession. Incorporating the latest Newtonian scholarship, this fast-paced biography broadens our perception of both this iconic figure and the great scientific revolution of the early modern period.

"This pithy, nuanced biography of Isaac Newton examines the whole man, as a scientist born into the tumultuous seventeenth century and as an icon (and puzzle) through time."

"A very fine and very accessible account of one of science’s outstanding figures. . . . Newton’s life is unfolded within a rich historical context, including much more than just the optical and gravitational science which immortalized his name. . . . Guicciardini is very well placed to deal with the technical aspects of Newton’s achievement, especially in optics, mechanics, and gravitation theory, all of which he treats in considerable detail, and with great lucidity."

"This book is a very readable discussion of Newton’s researches into mathematics, optics, dynamics, and astronomy and how he set them into the context of speculations regarding the nature of matter itself and religion; but it is his work in physics, astronomy, and mathematics that has stood the test of time . . . Guicciardini is a Newtonian scholar with an international reputation. He draws on the work of many eminent academics, as well as his own detailed knowledge and understanding of both Newton’s published work and his unpublished manuscripts and private correspondence. The text is enlivened with illustrations (many in color) either drawn directly from Newton’s works to aid the following of a written argument, or to complement the text in some other way. . . . This book may well provide you with fresh ideas and insights on how to present classical mechanics."

"What is there to be gained from another biographical treatment of Isaac Newton? This book is for those who are interested not so much in the biographical but the intellectual details. What specific puzzles did Newton face, how did he address them, and how did they shape his overall scientific oeuvre? Guicciardini presents in a short volume what until now had been treated mainly by specialists in the history of mathematics or physics. . . . Guicciardini’s book is a model for how to approach the work of an innovator like Newton not only historically but also philosophically."

"Guicciardini’s Isaac Newton and Natural Philosophy is a biography of the famed philosopher and natural scientist. While there are many excellent biographies of Newton, Guicciardini’s work is novel not only for its style of presentation but also for its form. The book is beautifully written, and the author uses a minimum of notes such that the reader is able to glide easily through the text without having to stop to verify and check sources and references. A scholarly work, the biography is also laden with over forty images that showcase Newton at the various stages of his life, his manuscripts, or relevant historical images. Many are in color, and this adds to the beauty of the volume. This volume could easily serve as a reference guide for general information about Newton’s life and work as well as a beautiful art book for display in one’s home or study."

"A reader who . . . is daunted by the detail of Newman’s work would do well to begin with Guicciardini’s Isaac Newton and Natural Philosophy which incorporates some of Newman’s previously published findings into a wonderfully clear account of Newton’s scientific thought as a whole."

"Guicciardini’s narration does not downsize Newton’s originality; on the contrary, by leaving out the mythical elements it makes the reader still appreciate Newton’s exceptionality and the monumentality of his achievements. All this is attained in a pithy book accessible for its clarity to a broad audience: the amateur would be entertained; the scholar inspired."

"Part of the Renaissance Lives series, this book is an elegant introduction to Isaac Newton, his works, and the wide field of Newtonian historiography. . . . Guicciardini carefully reconstructs Newton’s religious beliefs against the background of seventeenth-century religious debates. Although he maintained heretical beliefs, Newton was able to exploit the religious and cultural climate of the Glorious Revolution to complete his social ascent through British society. By clearing the field of many old and new myths, this book provides a refreshing and readable account that will prove of great interest both to academic readers and the wider public."

"For readers seeking a well-crafted, beautifully illustrated, and impeccably researched, introduction to Newton’s mathematical accomplishments there is no need to look any further than this book."

“In this elegant and perceptive biography, one of the leading scholars of Isaac Newton’s career provides a clear and often startling summary of the life of one of the greatest early modern scholars and philosophers of nature. With considerable intellectual balance and literary vigour, this book explores the full range of Newton’s achievements, both in the mathematics and natural philosophy which laid the foundations of his cosmology and mechanics, and his strenuously reasoned and absorbing analysis of scripture and prophecy, alchemy and apocalypse. Guicciardini is especially keen to put Newton back into the world where he labored and flourished, a milieu he shows was very different from that of current sciences or of modern religious thought to which Newton’s enterprise nevertheless made the most decisive contributions. The book offers a fascinating introduction to the aims and achievements of a towering figure of European intellectual culture.”

"What is there to be gained from another biographical treatment of Isaac Newton? This book is for those who are interested not so much in the biographical but the intellectual details. What specific puzzles did Newton face, how did he address them, and how did they shape his overall scientific oeuvre? Guicciardini presents in a short volume what until now had been treated mainly by specialists in the history of mathematics or physics. . . . Guicciardini’s book is a model for how to approach the work of an innovator like Newton not only historically but also philosophically."