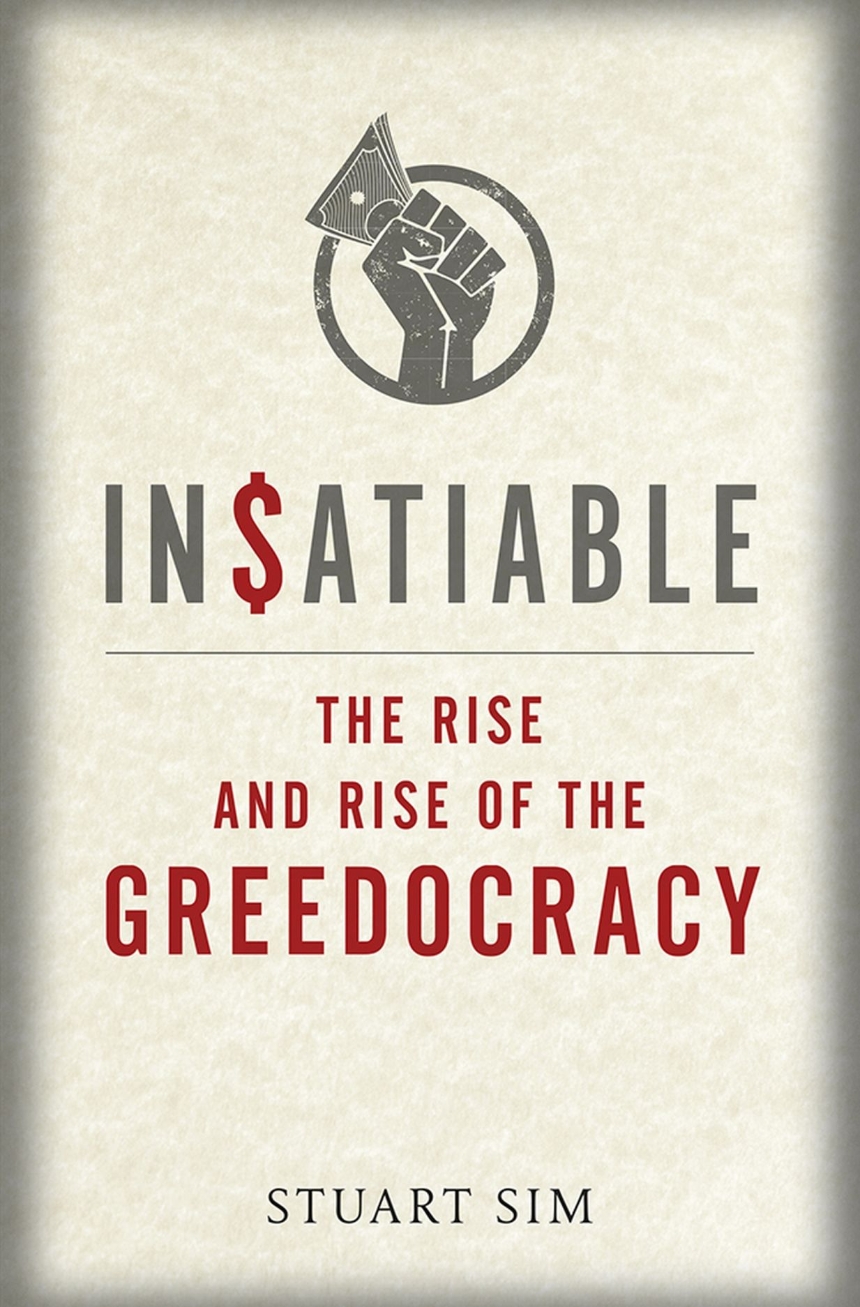 The Rise and Rise of the Greedocracy

The Rise and Rise of the Greedocracy

Hurling our financial markets through tempests of speculation, driving our businesses into practices of simultaneous austerity (for those on the bottom) and lavish expenditure (for those on the top), and flying high as a banner for outspoken bankers, brokers, and politicians alike has been a prevailing ethos: greed is good. In this book, Stuart Sim calls for an end to this madness, exposing the massively damaging effects that greed has had on both public and private life and showing how the actions of a socially irresponsible “greedocracy” have systematically undermined our democratic institutions.

Ranging across politics, economic theory, finance, healthcare, the food industry, sports, religion, and the arts, Sim demonstrates how deeply embedded the greed imperative is in human psychology. As he shows, all of us as individuals are capable of greed—usually in small and insignificant ways—but some embrace it to the extreme, and moreover it has thrived as a powerful force in our wider culture and institutions, asserting itself everywhere we go. The food industry encourages us to overeat. The medical industry has increasingly been driven by profits rather than well-being. Corporations hypocritically claim fiscal responsibility, driving down workers’ wages while paying executives—even those who drive the business into the ground—record sums. Looking at larger phenomena such as the increasing wealth gap and exponential population growth, Sim also proffers various ways we can deal with greed in our day-to-day lives.

And as he shows, we must deal with it. Insatiable is a wakeup call to recognize the horrible effects that greed is having on our relationships, institutions, cultures, environment—even on our own bodies—and that we must resist it wherever we can.