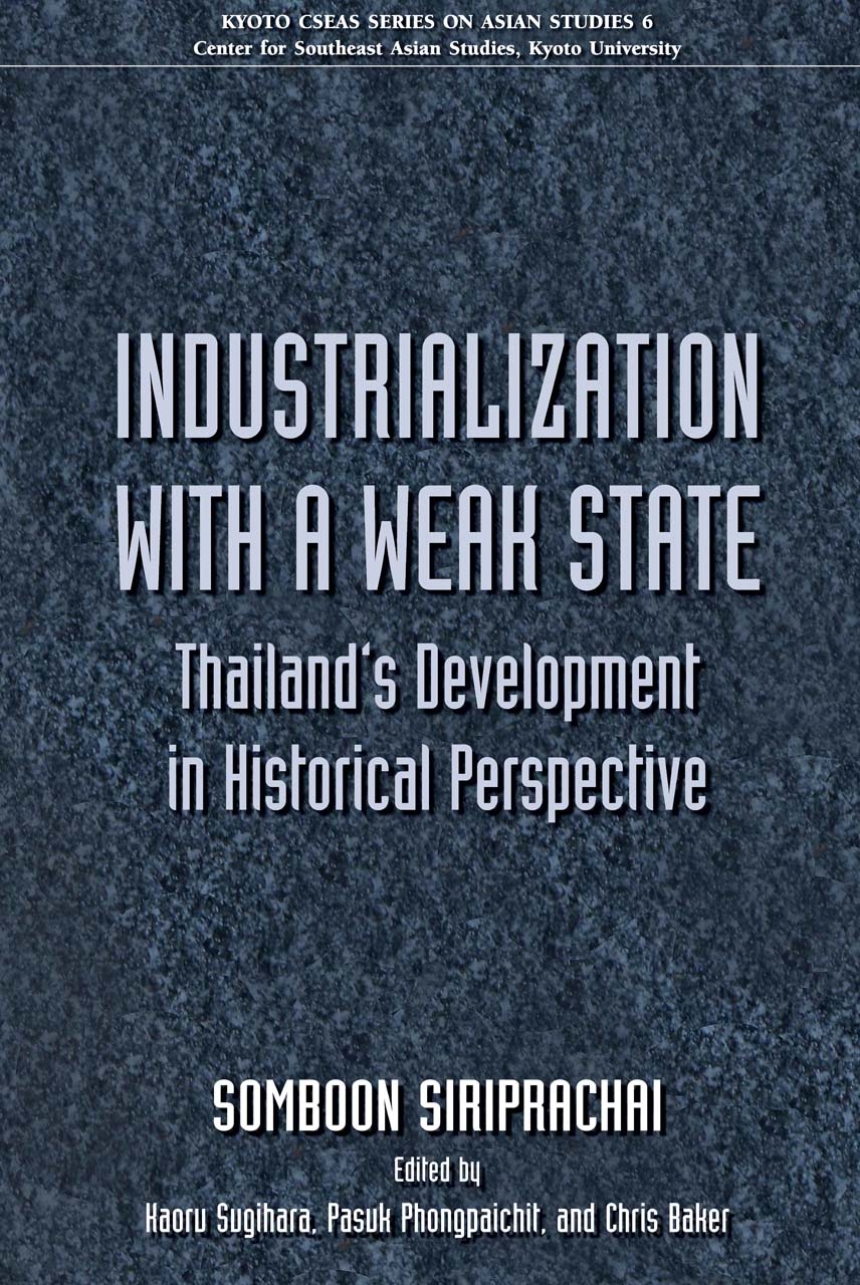 Industrialization with a Weak State

Industrialization with a Weak State

Edited by Pasuk Phongpaichit, Chris Baker, and Kaoru Sugihara.
This volume of collected essays by Somboon Siriprachai offers a critical assessment of Thai industrialization with a focus on industrial policy, rent seeking and income inequality. An economist by training, Somboon saw the Thai state as authoritarian rather than developmental, and criticized the adoption policies that were oriented toward increasing government revenue instead of nurturing industrial development. While these policies achieved growth, they did not strengthen Thailand’s technological capability and industrial skills, or promote research and development. Somboon disputed the World Bankâ€™s classification of Thailand as a Newly Industrializing Economy (NIE), backing his argument with empirical evidence and comparisons with Japan, South Korea and Taiwan. The success of these East Asian countries, he suggested, rested on the competence of the state to direct the accumulation process rather than reliance on any particular strategy for industrialization. Arguing that growth of industrial productivity is the key to a countryâ€™s living standard and its ability to compete in the world market, he argued that government intervention was essential to successful late-comer industrialization. Combining institutional economics with a historical perspective, Somboonâ€™s work provides a unique analysis of the transition of the Thai economy from around the mid nineteenth century until 2000. His essays are a unique and valuable contribution not only to Thai studies but also to the study of economic development of late-comer countries and the role of the state in that process.