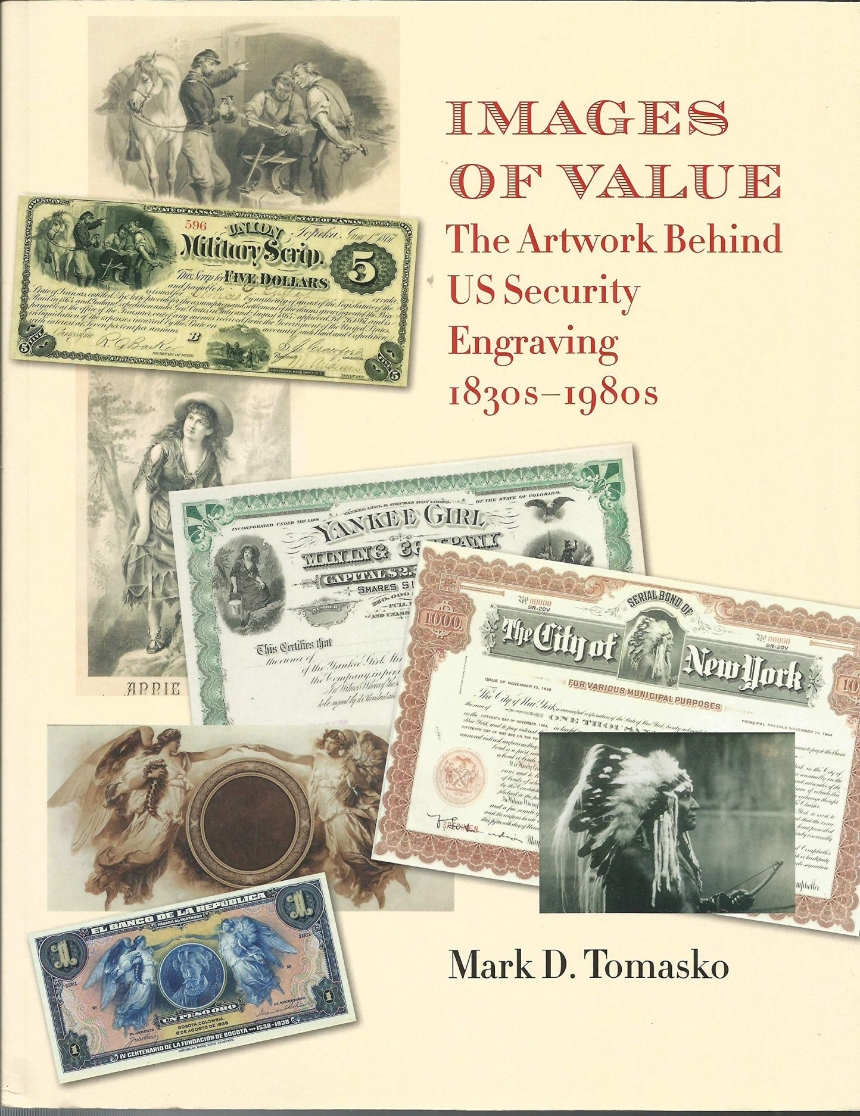 With a Preface by William H. Gerdt
By the 1860s, America had become the world leader in security engraving, a result of the antebellum banking system; and picture engraving was the key defense against counterfeiting. Published to accompany the eponymous exhibition held at the Grolier Club, this fully illustrated catalogue includes original works by American artists, such as F. O. C. Darley, Henry Inman, James D. Smillie, Walter Shirlaw, Alonzo E. Foringer, and others. Every medium is represented, from beautiful watercolor drawings to large allegorical oil paintings, each paired with the banknotes and securities on which the resulting engravings appeared. The frontispiece in each copy is an intaglio print of the vignette "Abundance," engraved by Robert Savage in 1927 from artwork by Alonzo E. Foringer. With a preface by William H. Gerdts.