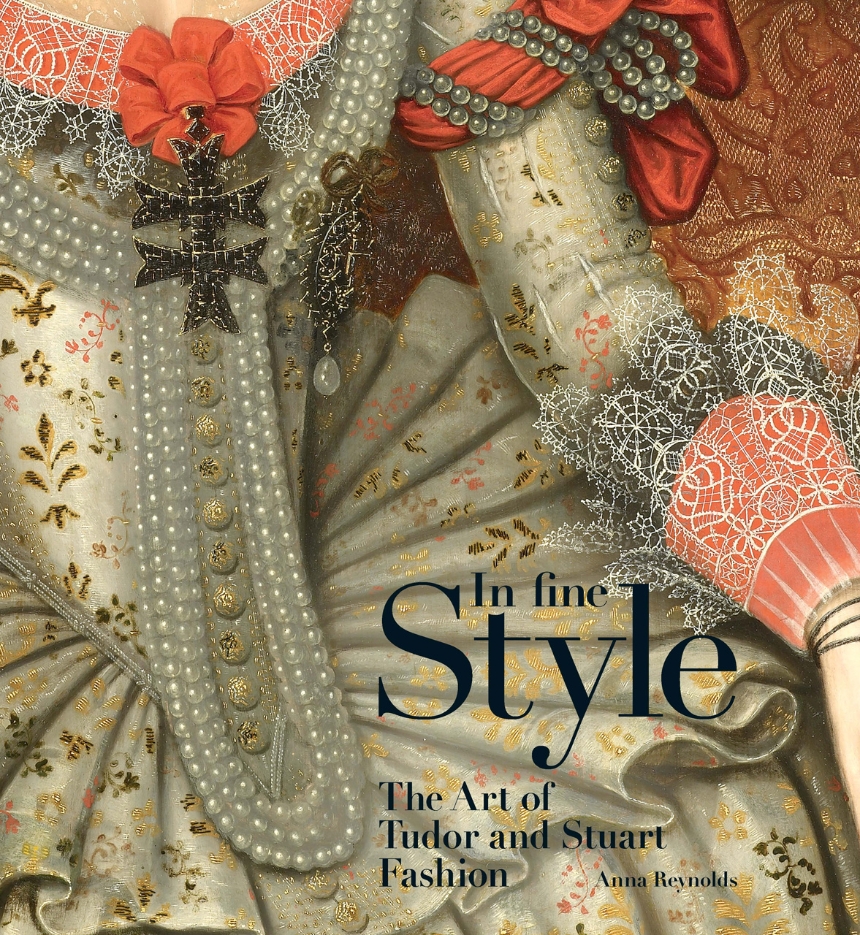 The Art of Tudor and Stuart Fashion

The Art of Tudor and Stuart Fashion

From an iconic portrait of a young Elizabeth I to the many paintings of Charles I by Flemish master Anthony Van Dyck and the glamorous “Windsor Beauties” of the court of Charles II, sixteenth- and seventeenth-century portraiture has long been a source of great interest to costume historians. Given the scarcity of surviving garments, it also tells us most of what we know about Tudor and Stuart dress. We’re all familiar with the stockings, voluminous breeches, and elaborate lace ruffs, but did you know that the clothing seen in many of these paintings cost more than the paintings themselves?

For In Fine Style, Anna Reynolds, curator of paintings at the Royal Collection, has drawn on the art of the period, as well as wardrobe inventories, literary references, contemporary accounts, and surviving garments to offer a fascinating account of the elite fashions of the day and the ways in which they were recreated in paint. The gold threads seen throughout the forepart of Elizabeth’s gown were costly, while the red dye that colored it came from crushed beetles and would have had to have been imported from Spain. Other works show their subjects with intricate ruffs, bright stockings, or broad farthingales, each item extravagantly adorned. Indeed, the main focus of Tudor and Stuart clothing was on rich materials that communicated the ability of the wearer to afford them, and, with the rise of the moneyed merchant class, sumptuary laws were established to limit their use to the nobility. Other forms of attire, including ornate hairdos held in place with wire and pleats that had to be set each time the garment was worn left absolutely no doubt as to the fact that the wearer had an army of servants and a wealth of spare time with which to attend to appearance.

Published to accompany an exhibition that will open at Buckingham Palace in May, In Fine Style features works by, among many others, Rembrandt, Rubens, Lely, and Holbein, and is the first book to examine Tudor and Stuart fashion through the use of art.

“A sumptuously illustrated, large-format catalogue by Anna Reynolds provides an excellent accompaniment to the exhibition. The photographs include many enlarged details, making it possible for the reader to focus on very specific features of the fashions described. . . . The high-quality close-up reproductions of the portraits also make it possible to examine the technique of the various painters, including how they conveyed information about texture, sheen, or construction,. The quality of the catalogue’s text is equal to that of its illustrations: Reynolds has provided a fuller and more nuanced analysis of the same range of topics presented in the exhibition.”