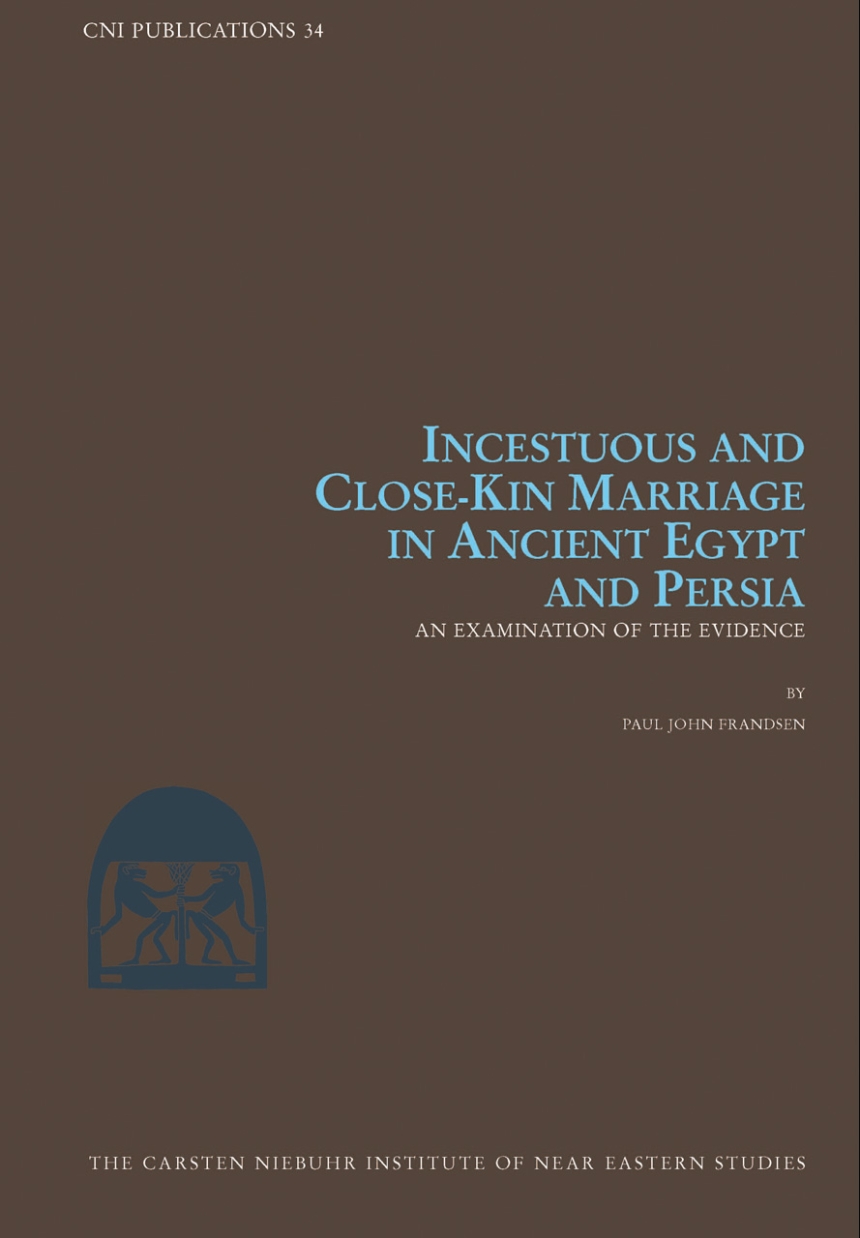 An Incestuous and Close-Kin Marriage in Ancient Egypt and Persia

Examination of the Evidence

An Incestuous and Close-Kin Marriage in Ancient Egypt and Persia

Examination of the Evidence

This work examines the evidence for marriage and sexual relations between siblings and between parent and child in ancient Egypt and pre-Islamic Iran. Incestuous relationships, as a cultural feature, is usually dismissed for both ancient Egypt and Iran on the grounds that the evidence for it is unreliable or that it is only found as the exception, being allowed for royalty as repre-sentatives of the divine on earth. Neither view, from the perspective of this study, is tenable. This book restricts its examination to the sources for incestuous relationships between members of non-royal nuclear families and puts forth arguments against the generally held axiom that the prohibition of incest is a universal phenomenon.