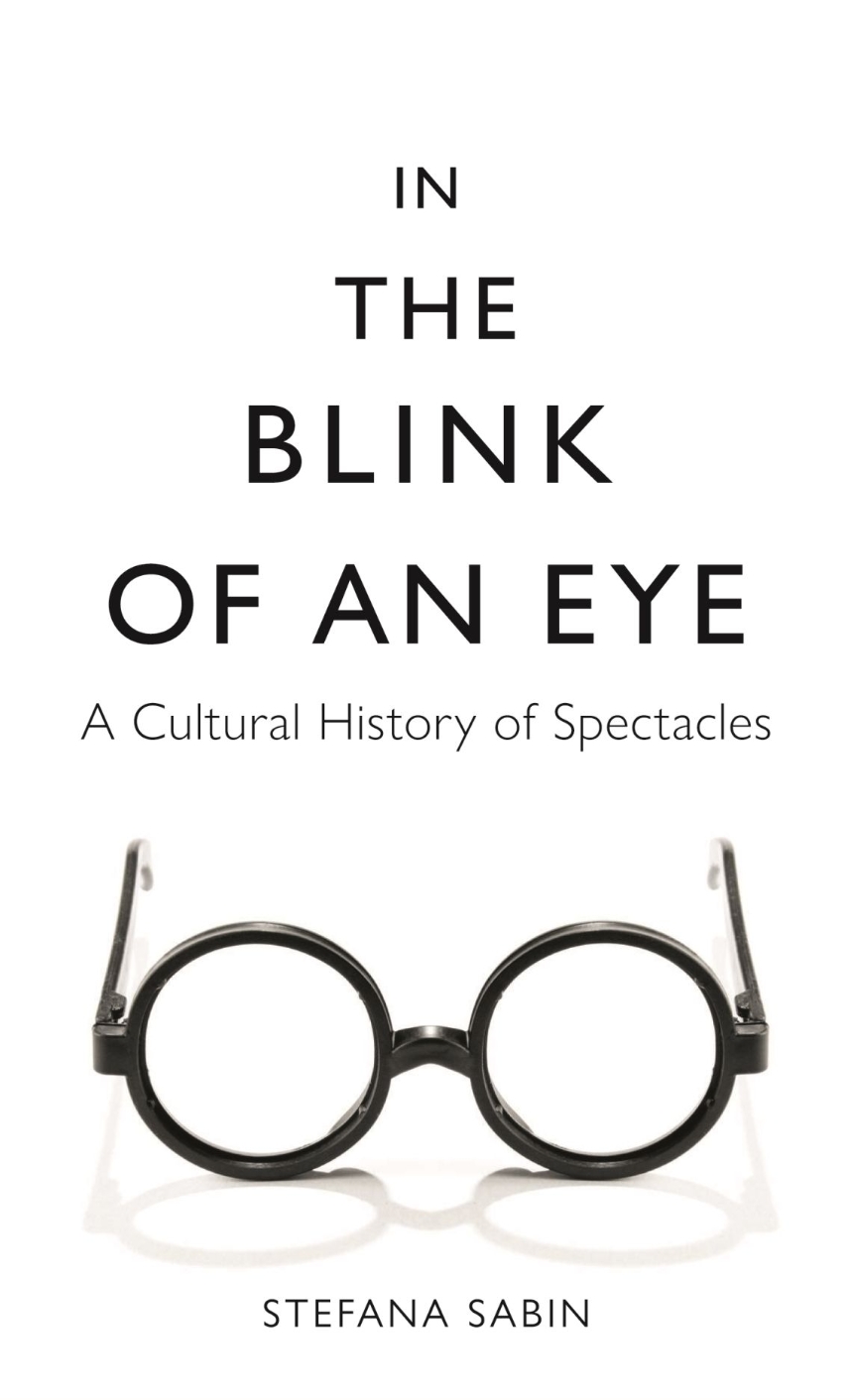 In the Blink of an Eye

A Cultural History of Spectacles

In the Blink of an Eye

A Cultural History of Spectacles

Translated by Nick Somers
From monocles to pince-nez and goggle-eyes, a cultural and technological history of glasses in fact and fiction.

This book examines those who wore glasses through history, art, and literature, from the green emerald through which Emperor Nero watched gladiator fights to Benjamin Franklin’s homemade bifocals, and from Marilyn Monroe’s cat-eye glasses to the famed four-eyes of Emma Bovary and Harry Potter. Spectacles are objects that seem commonplace, but In the Blink of an Eye shows that because they fundamentally changed people’s lives, glasses were the wellspring of a quiet social, cultural, and economic revolution. Indeed, one can argue that modernity itself began with the paradigm shift that transformed poor eyesight from a severely limiting disease—treated with pomades and tinctures—into a minor impairment that can be remedied with mechanisms constructed from lenses and wire.

"A fascinating account of the cultural significance of spectacles. . . . Clearly written, full of tidbits of literary historical value, In the Blink of an Eye makes a pleasant, informative read, all the more so for the generous illustrations accompanying the text."

“Spectacles not only enhance our vision; they contribute to our understanding of reality. Sabin’s charming history-in-miniature reveals how history, culture, and politics have been shaped over centuries by paired discs of polished glass, and why, every once in a while, they inspire such unease, such contempt, and even, sometimes, fear.”

Simon Ings, author of "The Eye: A Natural History" and "The Smoke"

Although the scholar and poet Abbas ibn Firnas had already started to make glass for reading stones in Al-Andalus (the former Islamic states of the Iberian Peninsula) in the ninth century, it was not until the eleventh century that a glass tradition arose in Europe. The cut-glass discs intended to improve reading were plano-convex and looked like small moons, hence the French word lunettes (small moons), which is first recorded in the thirteenth century and is the modern French word for spectacles. The word ‘eyeglasses’, used especially in American English, combines the material and its practical usage. In German, as well, Augengläser was common and is still occasionally used.

The centre of medieval glass production was Venice, but by the beginning of the twelfth century most of the furnaces were concentrated on the neighbouring island Murano – officially to protect the city of Venice, which was built on wooden piles, from the danger of fire, but in reality, to protect the secret of glass manufacture from inquisitive eyes. Towards the end of the thirteenth century, Venetian glassmakers managed to produce crystal glass, which was purer and hence more transparent than conventional glass and easier to work than beryl. The clear glass spheres were flatter, and instead of being placed on the book they could be held close to the eyes, giving a larger field of vision. The Italian word for eye is occhio, from which occhiali, the word for spectacles, is derived.

The cast glass spheres were cut in half to produce two similar thick discs, one for each eye. Their use for reading is confirmed by entries in Capitolari delle arti veneziane in 1284 mentioning roidi da ogli, ‘discs for the eyes’, patenting them, and making it a punishable offence to manufacture these discs independently. In 1301 there was already an entry for rodoli de vero per ogli per lezer, ‘glass discs for eyes for reading’.

According to Alan Macfarlane and Gerry Martin in Glass: A World History, glass was developed ‘first to satisfy our aesthetic delight’ but ‘through one of those great accidents of history, its light-bending capacities turned it into the most important avenue to truth about the natural world.’ The protection of the technique for making glass discs was not just a question of a manufacturing secret; it was about knowledge and the transfer of knowledge. Those who had spectacles had access to knowledge!

In Venice at least, glassblowing was strictly regulated. Each glasswork was allowed only two assistants, who were apprenticed for the unusually long period of eight years. On completion of their training, they were not allowed to leave Venice and practice their craft elsewhere. The lens-making technique nevertheless soon spread throughout Italy and then north of the Alps – and Marco Polo is said to have taken it as far as China.

In Europe, the use of spectacles as a reading aid not only spread throughout continental Europe but crossed the Channel. An entry in the Public Record Office of the port of London lists the import of more than 1,000 pairs of glasses over three months, from July to September 1384. And excavations in the 1970s near Trig Lane by the Thames revealed fragments which, together with finds in German monasteries, demonstrate that spectacles were already in widespread use in the fourteenth century.

But it was still inconvenient to hold these discs in front of the eyes when reading, because that required both hands. It was thus impossible to follow the words on the page with the finger, as was customary in those days, and the lenses had to be set aside to turn the page. A simpler, more practical solution was thus sought, and finally the two lenses were connected. Rims, usually made of wood, were designed with grooves to hold the glass lenses, and the two halves were held together with a rivet. ‘Rivet spectacles’ were born.

The first appearance of these rivet spectacles in art is on a fresco at San Nicolò monastery in Treviso near Venice, which features a portrait of Cardinal Hugo of St Cher wearing them while reading and writing. The lenses must have been convex. This is the earliest known portrayal of a glasses-wearer in the history of art.