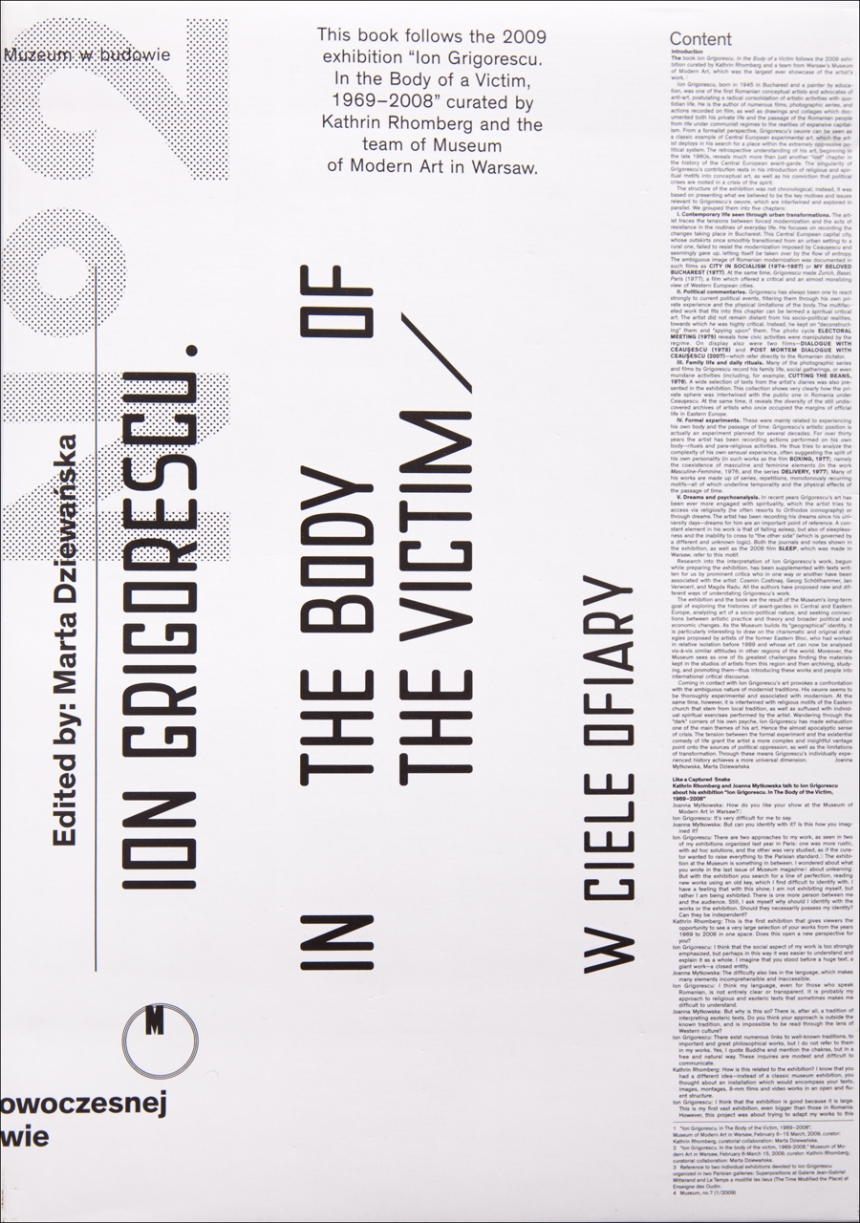 In the Body of the Victim

In the Body of the Victim

This book considers the oeuvre of Ion Grigorescu, one of the most charismatic and original artists from the former Eastern bloc, who until 1989 worked in relative isolation and whose art reflects his search for a place within an extremely oppressive political system.
Grigorescu, born in 1945 in Bucharest and educated as a painter, was one of the first Romanian conceptual artists and advocates of anti-art, postulating a radical consolidation of artistic activities with quotidian life. He is the creator of numerous films, photographic series, and actions recorded on film, as well as drawings and collages that documented both his private life and the passage of the Romanian regimes to the realities of expansive capitalism.
The retrospective understanding of his art presented here offers much more than just another lost chapter in the history of the Central European avant-garde—Grigorescu’s work is revealed to be singular, introducing religious and spiritual motifs into conceptual art and demonstrating his conviction that political crises are rooted in a crisis of the spirit.