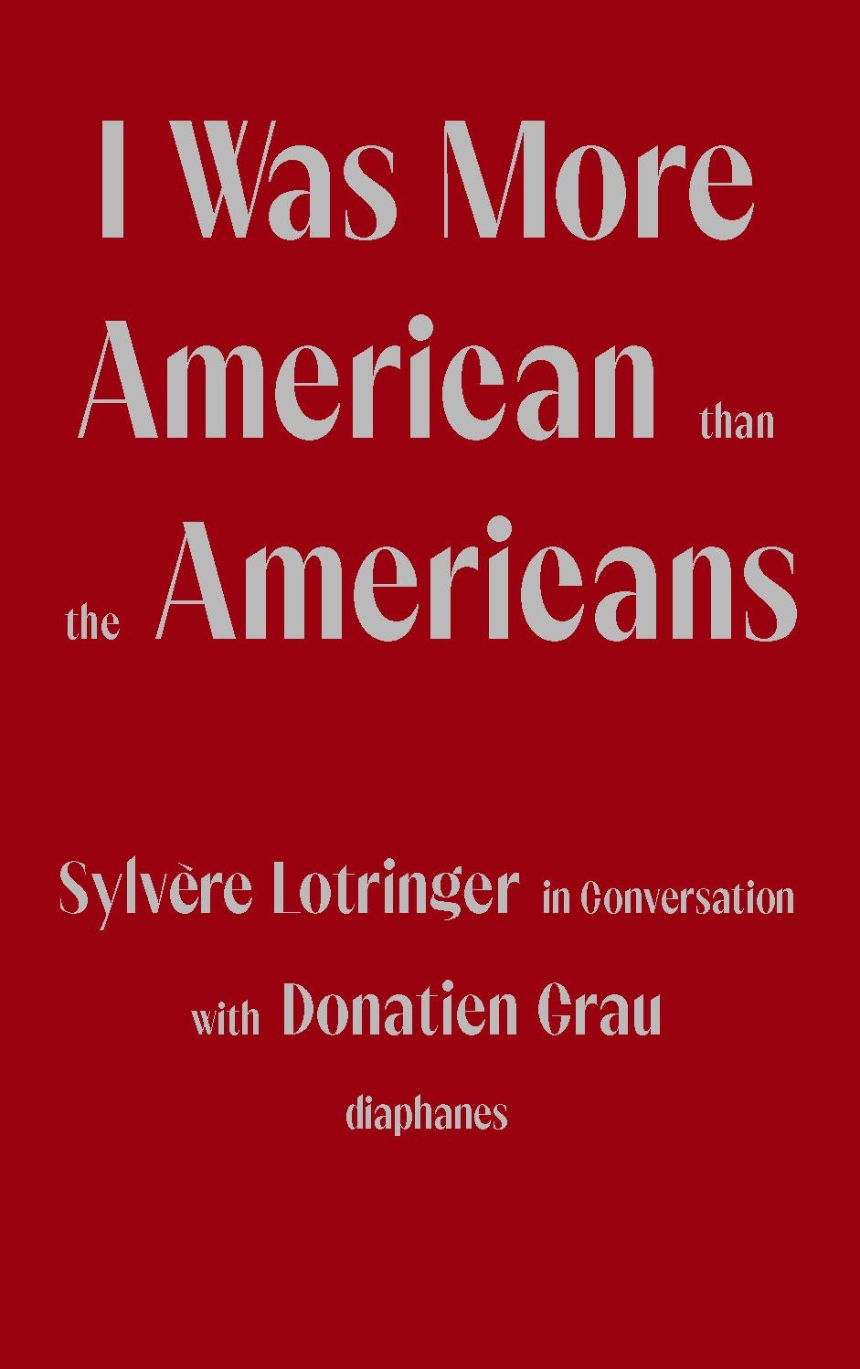 I Was More American than the Americans

I Was More American than the Americans

Translated by Peter Behrman De Sinéty
A personal take on French Theory by one of the people who invented it.

In the mid-1970s, Sylvère Lotringer created Semiotext(e), a philosophical group that became a magazine and then a publishing house. Since its creation, Semio-text(e) has been a place of stimulating dialogue between artists and philosophers, and for the past fifty years, much of American artistic and intellectual life has depended on it. The model of the journal and the publishing house revolves around the notion of the collective, and Lotringer has rarely shared his personal journey: his existence as a hidden child during World War II; the liberating and then traumatic experience of the collective in the kibbutz; his Parisian activism in the 1960s; his time of wandering, that took him, by way of Istanbul, to the United States; and then, of course, his American years, the way he mingled his nightlife with the formal experimentation he invented with Semiotext(e) and with his classes. Since the early 2010s, Donatien Grau has developed the habit of visiting Lotringer during his trips to Los Angeles; some of their dialogs were published or held in public. This book is an entry into Lotringer's life, his friendships, his choices, and his admiration for some of the leading thinkers of our times. The conversations between Lotringer and Grau show bursts of life, traces of a journey, through texts and existence itself, with an unusual intensity.