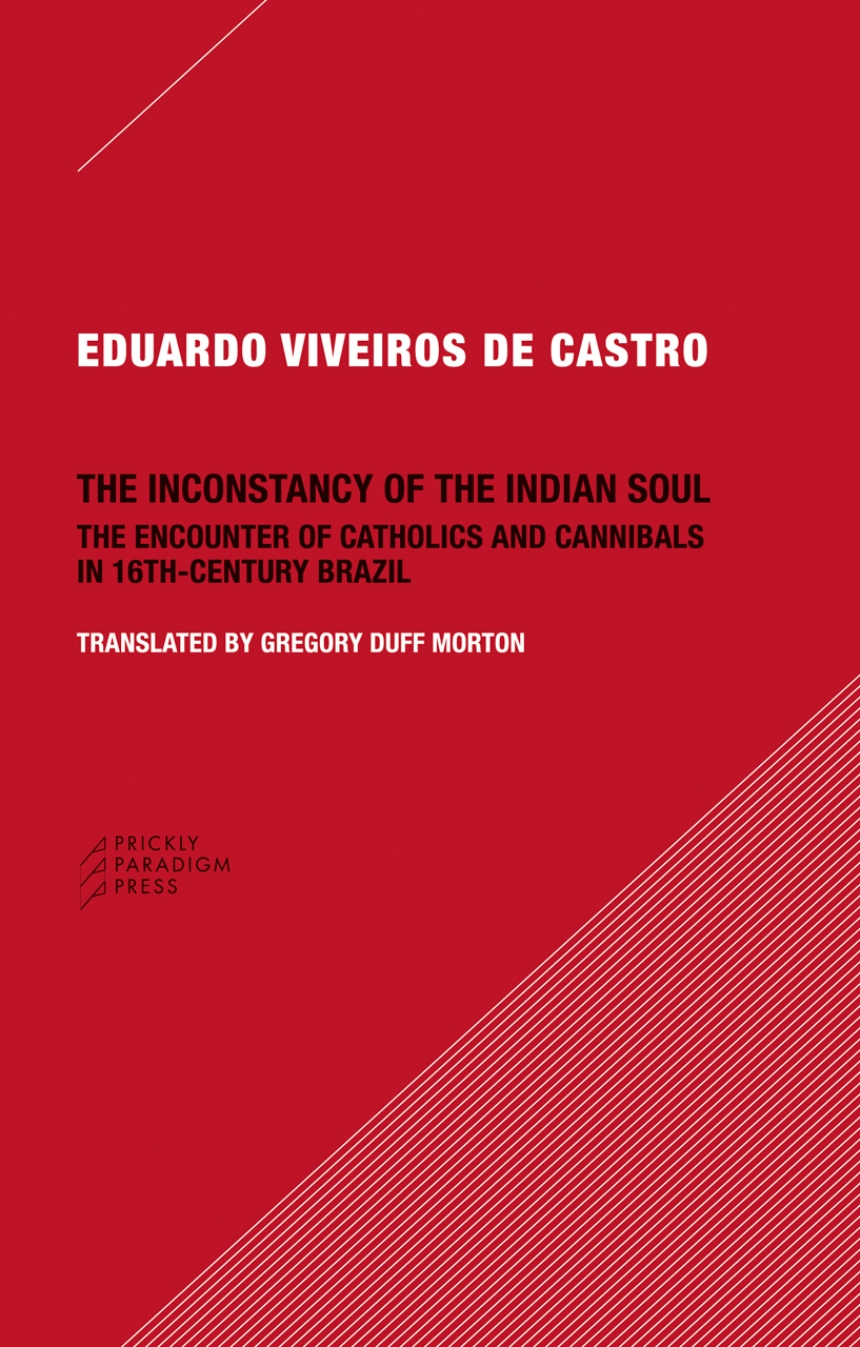 The Inconstancy of the Indian Soul

The Encounter of Catholics and Cannibals in 16-century Brazil

The Inconstancy of the Indian Soul

The Encounter of Catholics and Cannibals in 16-century Brazil

In the mid-sixteenth century, Jesuit missionaries working in what is now Brazil were struck by what they called the inconstancy of the people they met, the indigenous Tupi-speaking tribes of the Atlantic coast. Though the Indians appeared eager to receive the Gospel, they also had a tendency to forget the missionaries’ lessons and “revert” to their natural state of war, cannibalism, and polygamy. This peculiar mixture of acceptance and rejection, compulsion and forgetfulness was incorrectly understood by the priests as a sign of the natives’ incapacity to believe in anything durably.

In this pamphlet, world-renowned Brazilian anthropologist Eduardo Viveiros de Castro situates the Jesuit missionaries’ accounts of the Tupi people in historical perspective, and in the process draws out some startling and insightful implications of their perceived inconstancy in relation to anthropological debates on culture and religion.

“At once an anthropological interpretation of historical encounters between Europeans and ‘natives,’ a critically reflexive approach to anthropological understandings of ‘culture,’ ‘belief,’ and ‘identity,’ and, perhaps most importantly for scholars working in Amazonia, a highly influential framework through which many ethnographers have come to understand indigenous cosmology and sociality. . . . Viveiros de Castro’s book has left an important mark on Americanist scholarship in recent years, and its translation should only extend its influence.”

I. The Problem of Unbelief in the Brazilian 16th Century
Culture as a Religious System
Of Hell and Glory
Division in Paradise
On the Hardness of Belief
II. How the Tupinambá Lost (the) War
Speaking of Time
The Old Law
The Juice of Memory
Recalcitrant Cannibals
In Praise of Inconstancy