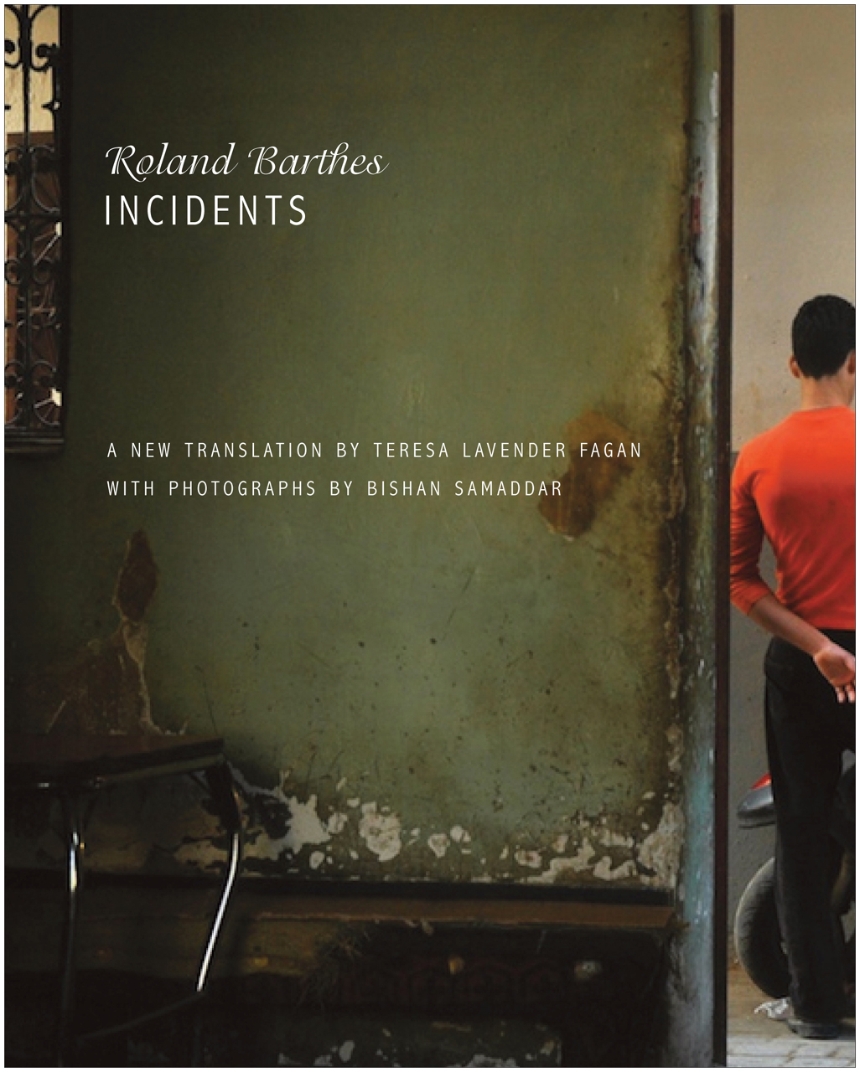 Translated by Teresa Lavender Fagan.  With Photographs by Bishan Samaddar
9781906497590

Translated by Teresa Lavender Fagan.  With Photographs by Bishan Samaddar

French philosopher and literary theorist Roland Barthes was one of the leading influences on the post-structuralist movement in twentieth-century literary thought, and some of his best-known works, like S/Z, speak directly to the essential and individual relationship between a reader and a literary text. In Incidents, readers have the privilege of going inside the life and thought of Barthes, through a book that is a testament to Barthes’ belief that a literary work should invite the full, active participation of the reader.

The essays collected in Incidents, originally published in French shortly after Barthes’ death, provide unique insight into the author’s life, his personal struggles, and his delights. Though Barthes questioned the act of keeping a journal with the aim of having it published, he decided to undertake a diary-like experiment in four parts. The first, which gives the collection its title, is a revealing personal account of his time living in Morocco. The second, “The Light of the Southwest,” is an ode to Barthes’ favorite region in France, while in “At Le Palace Tonight,” Barthes describes a vibrant Paris night spot. Finally, the journal entries of “Evenings in Paris” reveal Barthes as an older gay man, struggling with his desire for young lovers.

Rendered here in a lyrical new translation alongside the striking photographs of Bishan Samaddar, Incidents will delight fans of Barthes’ other works, as well as anyone curious for a look inside the mind of one of the twentieth century’s foremost intellectuals.

"Its strange disconnectedness bears witness . . . to the author’s grappling with the tension between the need to remain as true as possible to the moments he portrays and his desire to embroider on them."