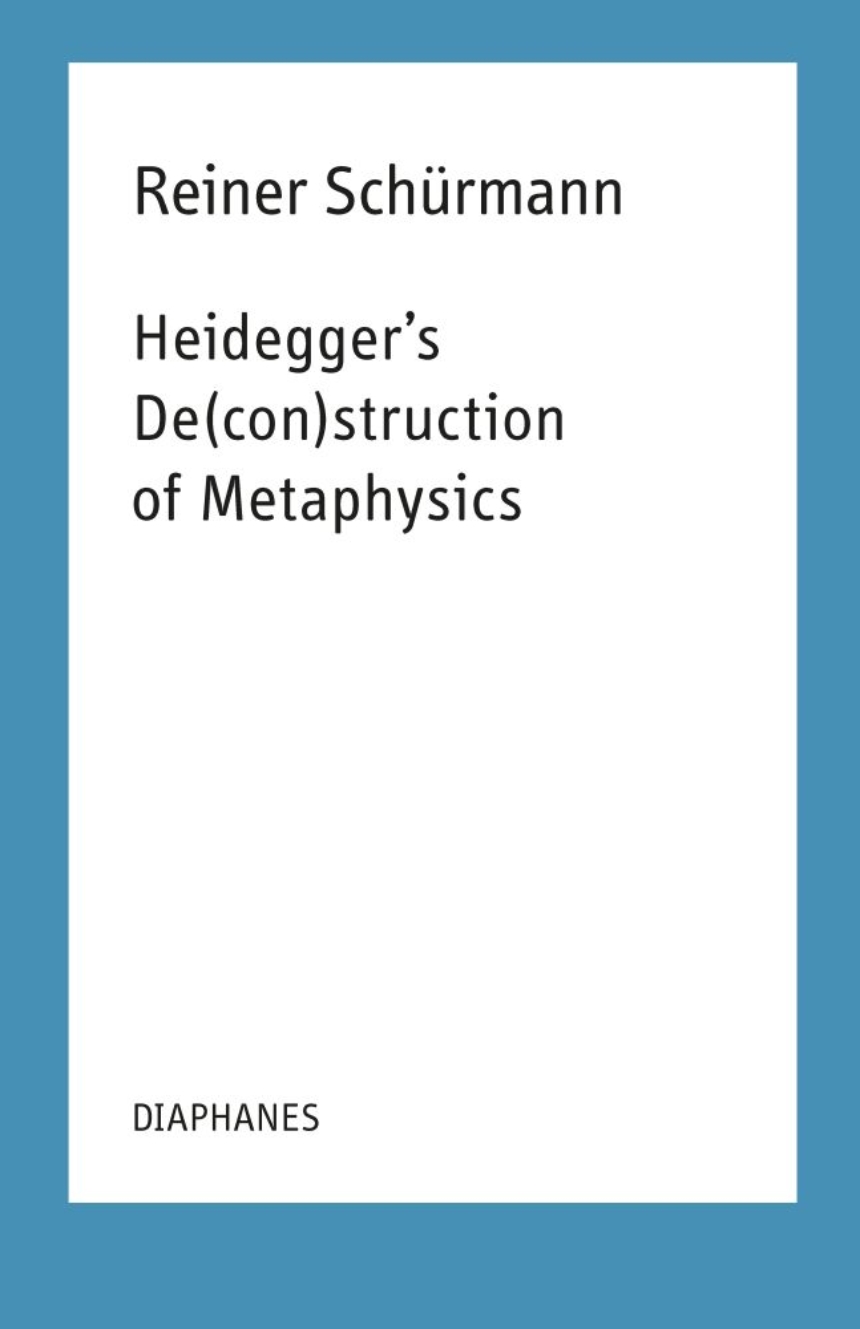 Edited by Francesco Guercio and Marcia Sá Cavalcante Schuback
In Being and Time, Heidegger announced the “Task of Destroying the History of Ontology” in order to free what had remained “unthought” in Western metaphysics. The unpublished part of that work was to be titled “Basic Features of a Phenomenological Destruction of the History of Ontology. According to the Guiding Thread of the Problem of Temporality.” This latest work in the Reiner Schürmann Selected Writings and Lecture Notes series aims to carry out Heidegger’s plan. The destruction, or, as it is later called, the deconstruction of metaphysics, has a negative side—the peeling off, or the archeology, of metaphysical history by means of the guiding thread of the question of Being—and a positive side—“retrieval” of the original experience of Being in ancient Greek philosophy.

“The destruction has no other intent than to win back the original experience of metaphysics through a deconstruction of those conceptions which have become current and empty.” The purpose of taking to pieces the fabric of Western metaphysics is to show how at each important stage “the question of the meaning of Being has not only remained unattended to or inadequately raised, but that it has become quite forgotten in spite of all our interest in 'metaphysics'.”