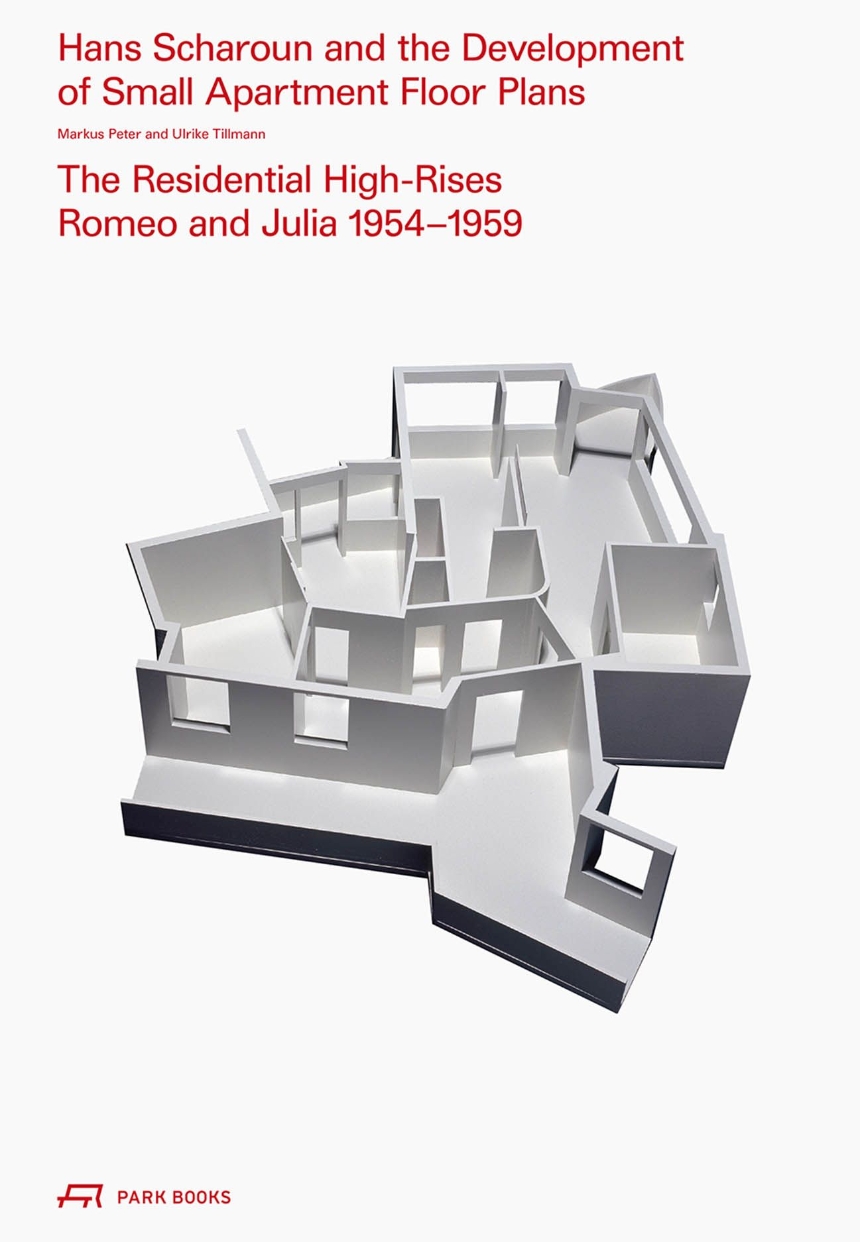 Hans Scharoun and the Development of Small Apartment Floor Plans

Hans Scharoun and the Development of Small Apartment Floor Plans

Built between 1954 and 1959, Stuttgart’s Romeo and Julia tower blocks defied the staggering banality of postwar German housing with bold colors and jagged triangular balconies. Designed by Hans Scharoun (1893–1972) toward the end of a career dedicated to experimentation and the development of a new and democratic style of architecture, Romeo and Julia constitute the most daring and original attempts to recalibrate the “dwelling process.”

Drawing on a vast trove of previously unpublished materials held in the archives of the Akademie der Künste in Berlin, Markus Peter and Ulrike Tillmann offer unprecedented insight into Scharoun’s design process. His writings and lectures of several decades show him weaving together the diverse strands of research that were to form the basis for his floor plans. Inherently curious and undeterred by contradictions and complexity, Scharoun was unflagging in his efforts to build on his understanding of what housing is about. Romeo and Julia, with their innovative and socially responsive organization of space, thus mark the culmination of the architect’s profound and long-standing engagement with a fundamental human need. Alongside reproductions of original plans and drawings, the book features copious excerpts from Scharoun’s unpublished writings, as well as newly commissioned photographs by Swiss architectural photographer Georg Aerni that capture the towers’ expressive presence.