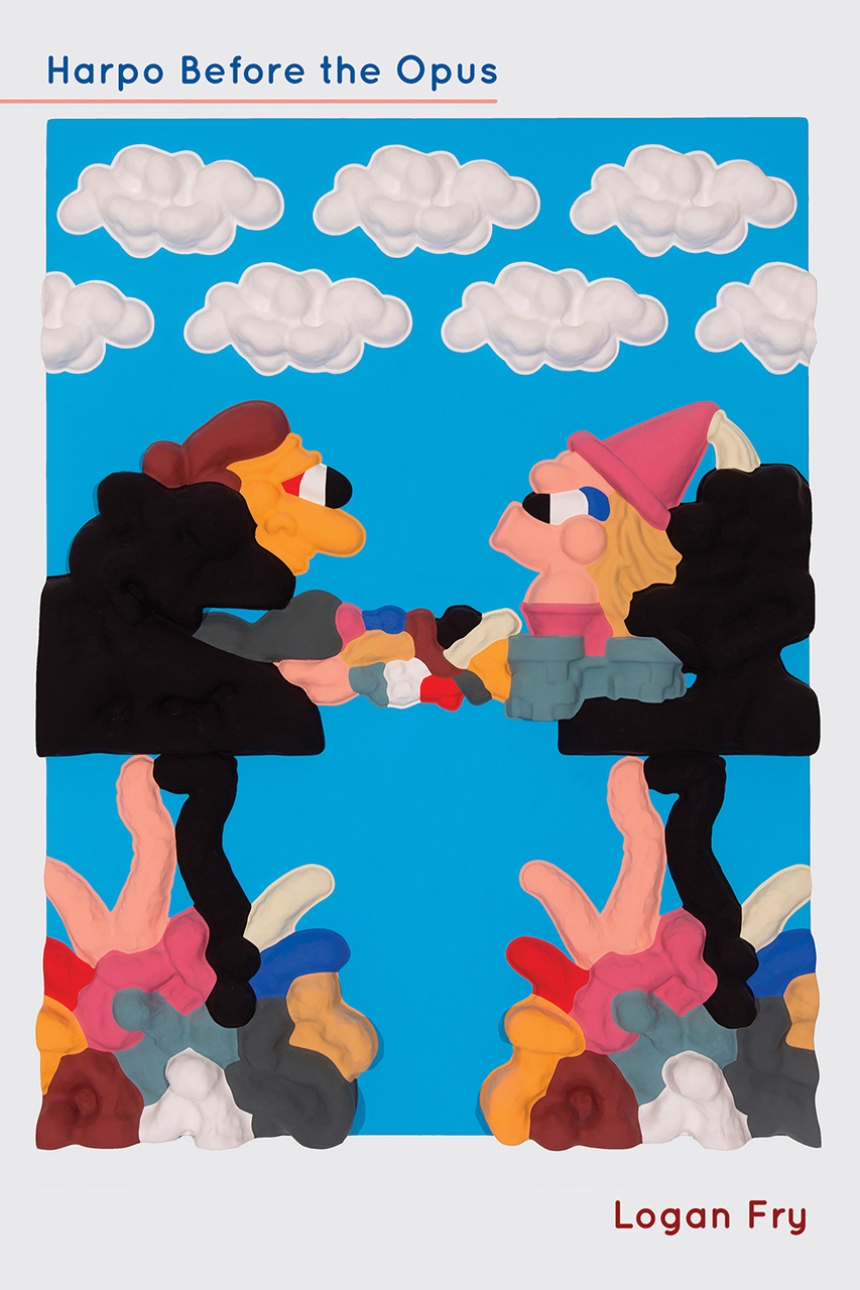 Harpo Before the Opus

Harpo Before the Opus

The poems begin where language fails, where speech becomes disembodied, and syntax skids to a stop that dissolves into gesture. Where its form reaches an end, formlessness offers a space ripe with possibility. Here we find Harpo, reaching into the frustrated endpoint of language to find a method for its resurrection. Fry sees that language becomes a tool for alienation and uses the poems in Harpo Before the Opus to excavate paths back to tenderness. These are poems from the edge, pulling language out from its failure and into a fervent interrogation of its possibilities. What was once a tool of capitalistic alienation now serves as material for building connections.

In spiraling explorations of rhetoric, these poems allow language to break from its prescribed structures, and instead, it becomes a gestural embrace of feeling and being. Fry utilizes a Marxist lens to scrutinize and reinvent the use of language. In Fry’s hands, language is rendered a visceral and sensual material, forming poems that are both deeply felt philosophical inquiries and wildly playful exercises of wit.

“‘What is a shape / Except resistance,’ Fry asks himself, and the poems of Harpo Before the Opus—in all their prosodic diversity, technical and historical lexicons, and affective topographies—may be read as the literary manifesto for a resistance movement of one. Yet Fry also shows us how resistance may be grounded, all too often, in unacknowledged complicities. . . . Such plentitude of being holds open the possibility of companionship, and perhaps even comradeship.”