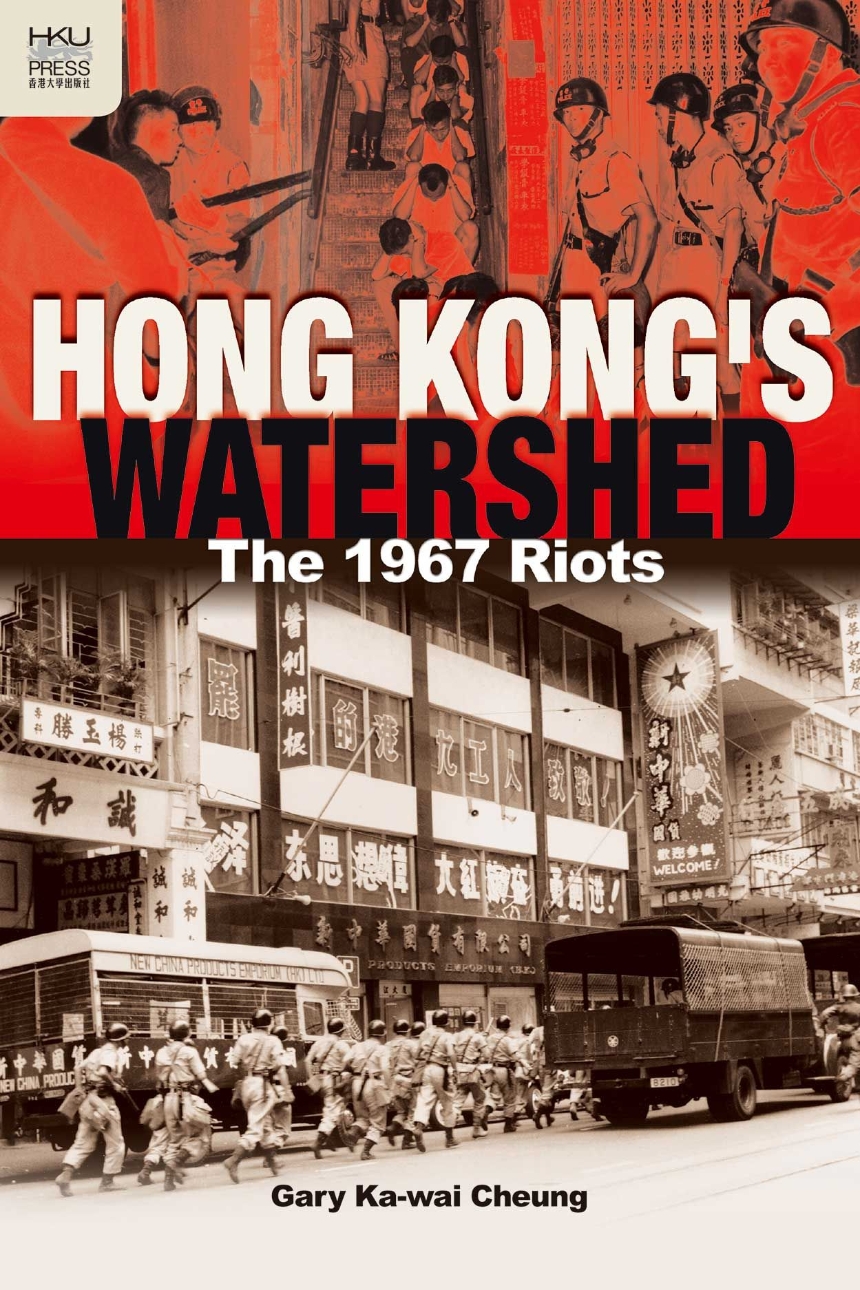 Hong Kong’s Watershed The 1967 Riots is the first English book that provides an account and critical analysis of the disturbances based on declassified files from the British government and recollection by key players during the events. The interviews with the participants, including Jack Cater, Liang Shangyuan, George Walden, Tsang Tak-sing, Tsang Yok-sing, and Hong Kong government officials, left irreplaceable records of oral history on the political upheaval. The book analyses the causes and repercussions of the 1967 riots which are widely seen as a watershed of postwar history of Hong Kong. It depicts the prelude to the 1967 riots, including the Star Ferry riots in 1966, the leftist-instigated riots in Macau in 1966, and the major events leading to the disturbances, including the labour dispute at a plastic flower factory, the border conflict in Sha Tau Kok, bomb attacks and arson attacks on the office of British charge d’affaires in Beijing.