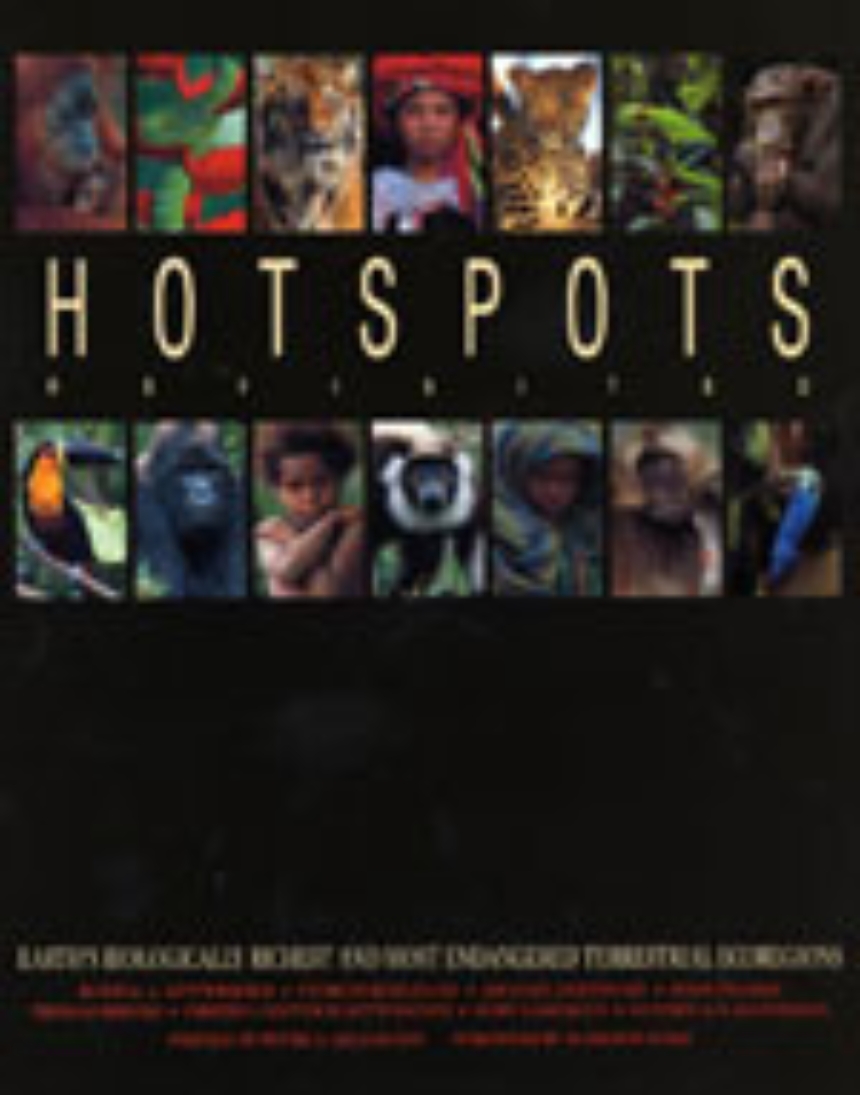 With a Preface by Peter A. Seligmann and a Foreword by Harrison Ford
For decades, Conservation International has devoted itself not only to saving endangered regions on the planet but also to chronicling, in lavish volumes, the biodiversity of these areas. These volumes, according to Choice, are"a superbly produced . . . source of hard-to-find information on biodiversity, biogreography, and conservation."

Hotspots Revisited presents the most up-to-date analyses of the ecology of these endangered areas—including new information on freshwater fish and other animal populations. But the heart of the volume is in the hundreds of vibrant color photographs of the animals and plants under threat. Magnificent in conception and flawless in execution, Hotspots Revisited is equally at home on a scientist’s shelf or an ecotourist’s coffee table.

"The attention-grabbing, large-size format is filled with eye-catching photographs. . . . Its purpose is promotional--to call attention to the threats hotspots face, to sell the need to conserve their diversity, and to increase resources and funding for preservation. This attractively priced book is an indispensable addition to the reference shelves of college and public libraries, conservation biologists, and conservation organizations. . . . Essential"