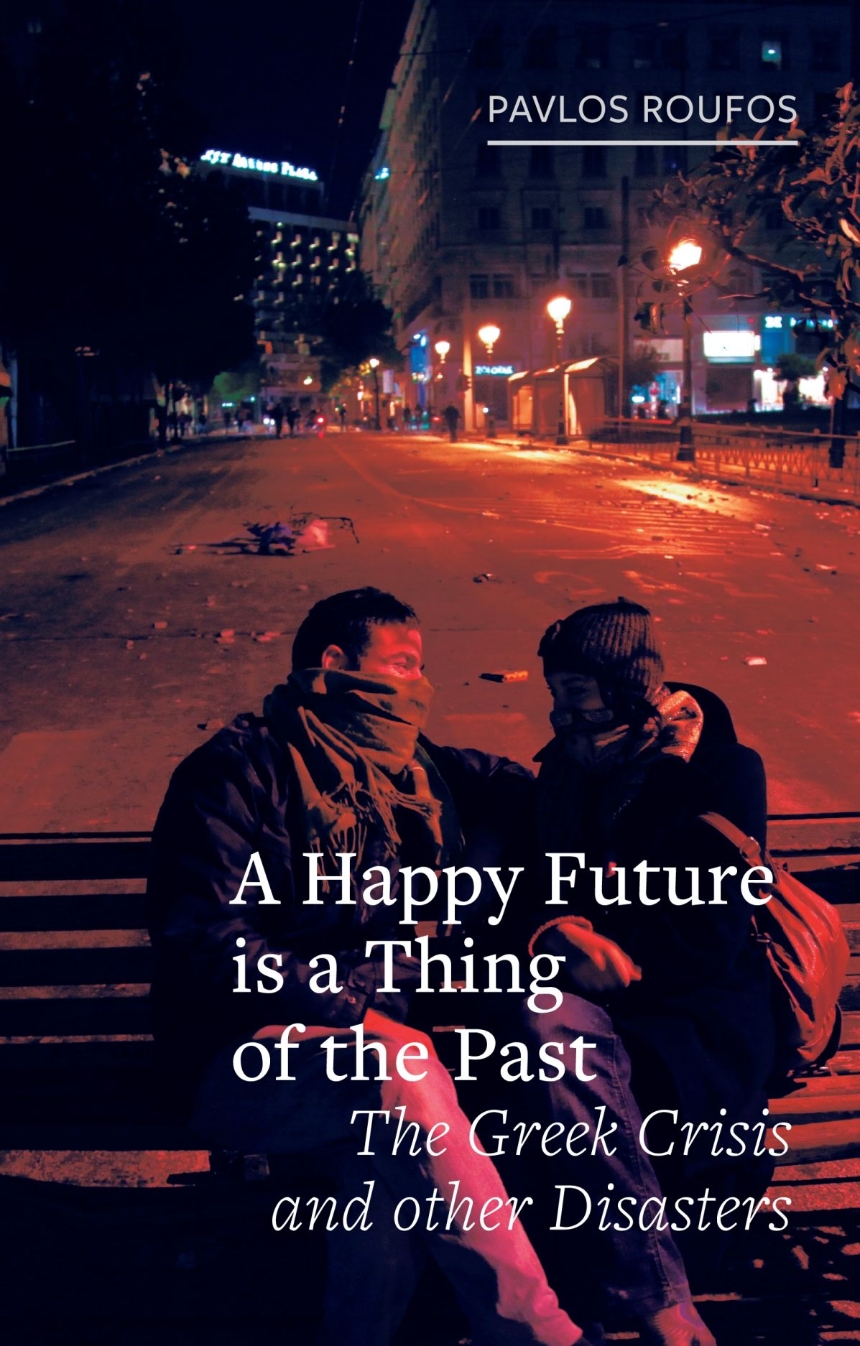 A Happy Future Is a Thing of the Past

The Greek Crisis and Other Disasters

A Happy Future Is a Thing of the Past

The Greek Crisis and Other Disasters

Since 2010, Greece’s social and economic conditions have been irreversibly transformed due to austerity measures imposed by the European troika and successive Greek governments. These stringent restructuring programs were intended to make it possible for Greece to avoid default and improve its debt position, and to reconfigure its economy to escape forever the burden of past structural deficiencies. But things have not gone according to plan. Eight years later, none of these targets have been met. If the programs were doomed to fail from the start, as many claim, what were the real objectives of such devastating austerity?

In this latest installment in Reaktion's Field Notes series, published in association with the Brooklyn Rail, Pavlos Roufos answers this key question in an insightful, critical analysis of the origins and management of the 2010 Greek economic crisis. Setting the crisis in its historical context, Roufos explores the creation of the Eurozone, its “glorious” years, and today’s political threats to its existence. By interweaving stories of individual people’s lived experiences and describing in detail the politicians, policies, personalities, and events at the heart of the collapse, he situates its development both in terms of the particularities of the Greek economy and society and the overall architecture of Europe’s monetary union. This broad examination also illuminates the social movements that emerged in Greece in response to the crisis, unpacking what both the crisis managers and many of their critics presented as a given: that a happy future is a thing of the past.

“This new book by the Greek activist Roufos is not about the European crisis and Greece, but about the Greek Crisis. It provides a glimpse into the political life of the Greek masses—not as helpless victims but as political actors—and what occurred in front of the doors of parliament and government buildings. . . . Roufos ticks all the important boxes in his political and economic analysis. What is unique is that this is merely a background for his account of what was happening in Greek politics and in the streets of Greek cities, especially Athens. . . . Very astute.”

"Seldom do Marxian analyses weave together politics and economics as seamlessly as Roufos in A Happy Future Is a Thing of the Past. . . . Roufos’s command of the economic data is virtuosic. Making the dismal science . . . exciting to nonspecialists is no small task, but he works figures and statistics into his narrative without skipping a beat . . . [and] asks the right questions about what befell Greece since 2010. One need look no further for a comprehensive guide to the catastrophe of the present."

"This tract is worth reading and digesting because the Greek lesson must be learnt."

"In this study of the austerity measures imposed on Greece in 2010, the author claims that none of the goals the measures were intended to achieve—ensuring that Greece avoided default, improving its debt position, and restructuring its economy to avoid future crises—have actually been attained."

“A careful and penetrating analysis of the cruel torment of Greece, and its background in the emerging global political economy, as the regimented capitalism of the early postwar period, with gains for much of the population, has been subjected to the assault of neoliberal globalization, with grim effects and threatening consequences.”

“This is an ambitious book, setting the scene for the calamity in Greece in the development of the European Union and the evolution of the broader crisis in the world economy. Its analysis of Syriza's response to the Greek crisis illustrates a key lesson: those who want to fight against austerity policies cannot rely upon a political party that wants to rescue capitalism.”

Tony Norfield, author of "The City: London and the Global Power of Finance"

"Like no other book, A Happy Future is a Thing of the Past narrates the crisis from the heights of yield curves and debtloads to the street level of tear gas and self-help. Roufos's story is enlightening, harrowing, and, unfortunately, essential."

Quinn Slobodian, author of "Globalists: The End of Empire and the Birth of Neoliberalism"

"Roufos has written a fine book. It is about the crisis of the world economy in Greece, the European rescue of particular German banks by taking money out of the pockets of the laboring classes in Greece, and it is about the beginnings of social self-organization and its demise in a context of party-political calculations of the electoral market. The book does not tell you what you want to hear. It tells you what you need to hear about the politics of debt and the courage of saying no to debt enforcement. Most importantly, it tells you about Syriza as a conventional political party that recognizes the revolt against misery as a political opportunity for government."

Werner Bonefeld, professor of politics, University of York, author of "The Strong State and the Free Economy"