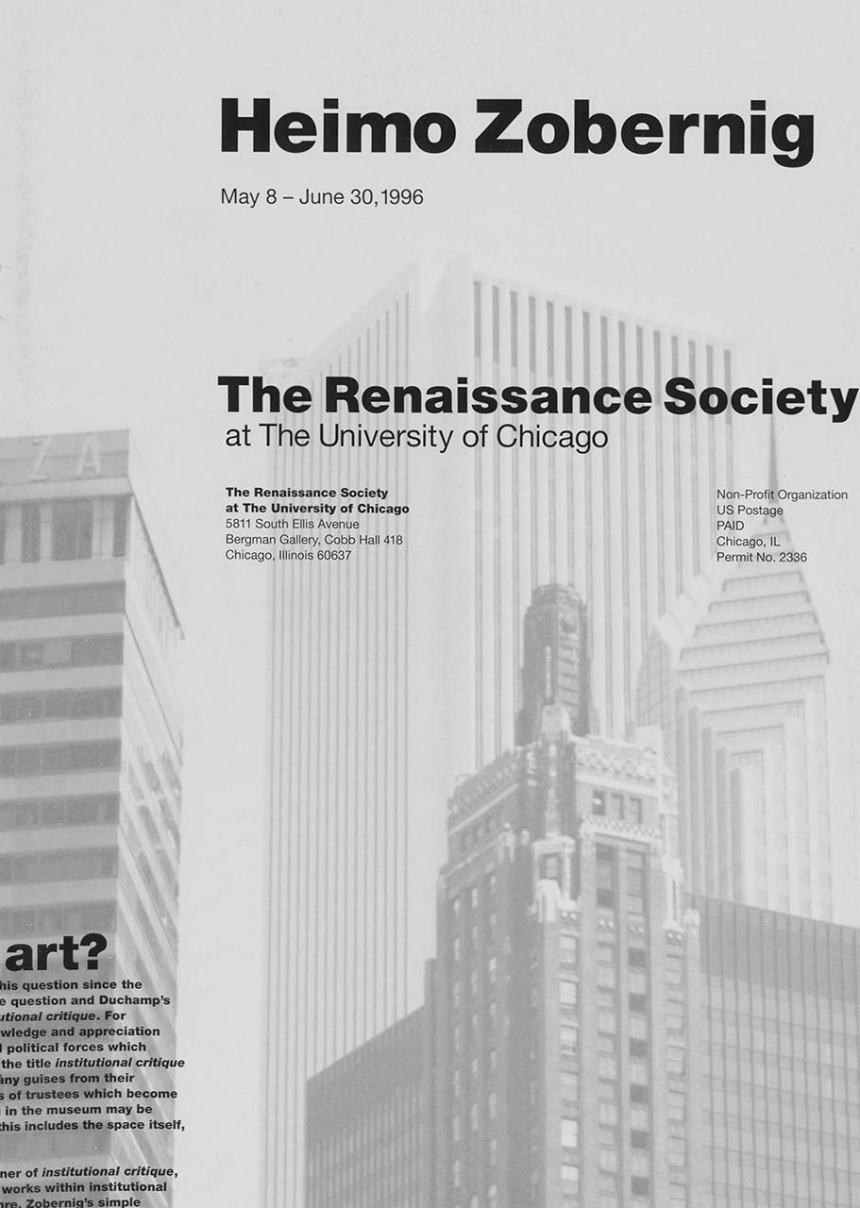 Austrian Heimo Zobernig's work intervenes, rearranges, recontextualizes, and down-right makes fun of the architecture of museum/gallery spaces so as to demystify its illusory potential and reinscribe it with self-referentiality. Zobernig is among several significant contemporary artists such as Michael Asher, General Idea, and Daniel Buren who have made it their mission to critique sites of modern art. In Zobernig's 1996 installation, the gallery walls from the Society's preceding exhibition were laid flat on the floor-a neat-handed figure/ground reversal turning support into sculpture. In another provocative turn, Zobernig brought the outside in to this altered gallery space via video - he had himself filmed cavorting arond the Renaissance Society hallway naked in front of walls that were painted video back-drop blue; this image was then super-imposed on footage shot while driving around Chicago. This informative and engaging book, designed by Zobernig, serves as a valuable pictorial document, and an insightful critical analysis of this important work. Walker's essay speaks to the challenge Zobernig's art poses for art history and the implications of that challenge for the future of art. In addition, the catalog features a transcript of the panel discussion: Planned Obsolescence, in which a group of critics, curators and architectural historians gathered to discuss how Zobernig's practice differs from, or further informs, practices that have made an art out of calling for an end of art.