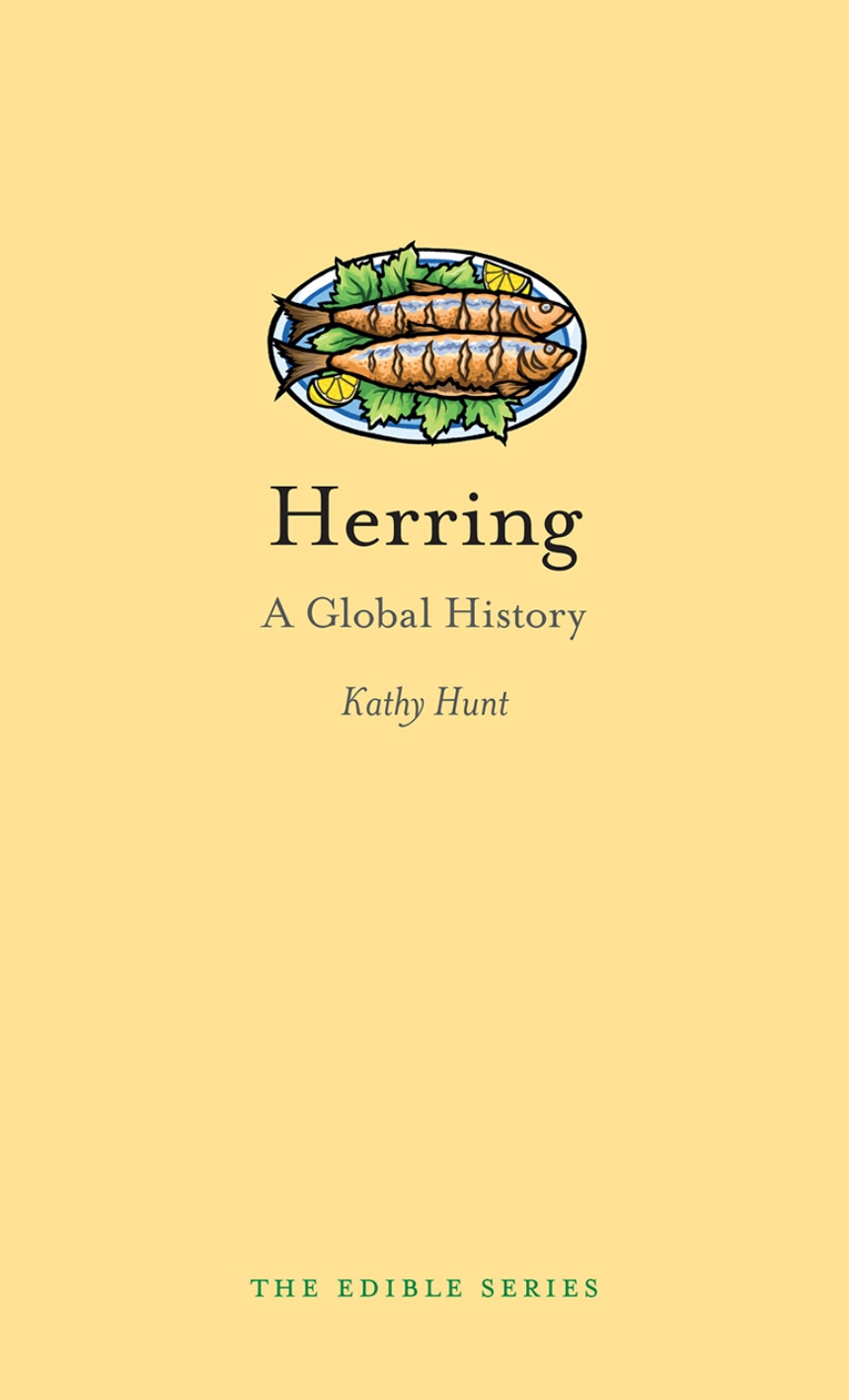 Though tiny, the herring has played an enormous role in history. Battles have been waged over it. International economic alliances have formed over it. Major cities owe their prosperity to it. Political powers have risen and fallen with herring’s own rise and fall in population. How can this all be attributed to this unassuming little animal?

In Herring: A Global History, Kathy Hunt looks at the environmental, historical, political, and culinary background of this prolific and easily caught fish. Over the centuries, herring have sustained populations in times of war and hardship, and the fish’s rich flavor, delicate texture, and nutritious meat have made it a culinary favorite. Its ease of preparation—just grill, broil, fry, pickle, salt, or smoke and serve—have won it further acclaim. Engaging and informative, the book features fifteen mouth-watering recipes. It will appeal to food lovers, history buffs, and anyone who has ever enjoyed a British kipper, German Bismarck, Dutch matjes, or Jewish chopped-herring.

"They've opened a new IKEA near where I live. Everyone is excited about the opportunity to get furniture and housewares and those bizarre little lightbulbs that only fit that one particular lamp you bought fifteen years ago. But I'm like, bring me back some herring. . . . I would have liked to try some of Kathy Hunt's herring recipes for my own lunch, but most of them assume a source of fresh herring that I am unlikely to tap into till the next time I'm in the Baltic. Even smoked herring isn't a common restaurant item in North Central Texas."

“The fact that herring—salted, pickled, or canned—is not currently considered to be one of the more sexy foods perhaps hides its importance for world nutrition. Hunt skillfully poses this argument to anybody who does not live close to the sea and may thus be unaware of the importance of herring. . . . Hunt connects food history to the fields of gender history and the history of labor. Her conclusions are carefully balanced and show a level of complexity. . . . Hunt is able to link her book to relevant historical debates without making it inaccessible to non-academics. . . . The books [in the Edible series] are an entertaining read and their beautiful layout makes them a great collectible for anyone interested in both history and food.”