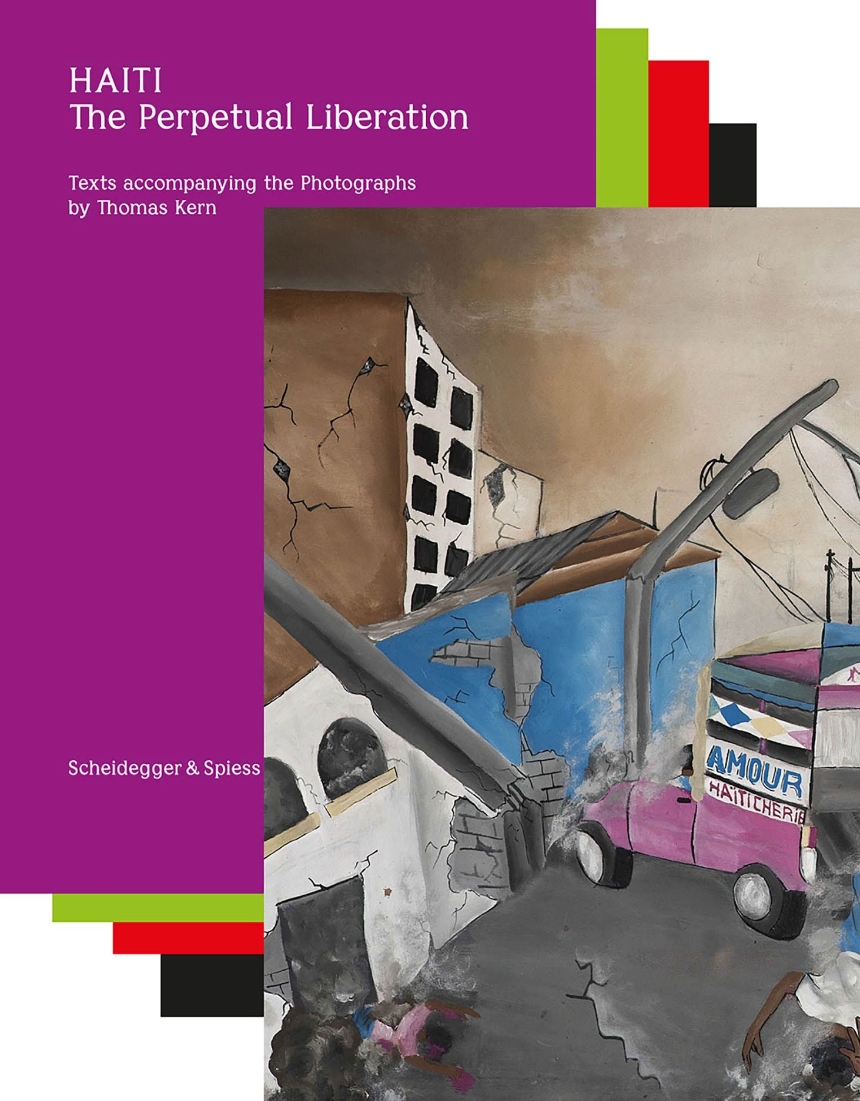 Edited by Nadine Olonetzky with Photographs by Thomas Kern and Texts by Georg Brunold, Thomas Kern, and Yanick Lahens
9783858815156

Edited by Nadine Olonetzky with Photographs by Thomas Kern and Texts by Georg Brunold, Thomas Kern, and Yanick Lahens
Haiti has long been known as a benighted place of poverty and corruption. Even before the 2010 earthquake destroyed much of the country, it was beset by difficulties inextricably rooted in its history of rebellion and revolution. Since gaining independence from France in 1804, following the only successful slave revolt in the history of the world, Haiti’s past has been characterized by dictatorships, serious conflict, and near-constant social and political unrest, as the country struggles to define its independence and realize its promise.

Haiti: The Perpetual Liberation collects 140 photographs of Haiti by Swiss photographer Thomas Kern, taken in black and white with an analog camera over the course of twenty years of travel there. As the photographs demonstrate, the people of Haiti remain determined to realize the country’s promise in the face of crushing poverty and crisis, and, behind the barrage of bad news that dominates its public image, it is a country full of hope and life. The photographs, which make up the first part of a four-part boxed set, are joined by three separate text booklets—each in one of three languages: English, German, and Creole—that feature texts by Kern on his work and his approach to the country, as well as two essays by Swiss journalist Georg Brunold and Haitian novelist Yanick Lahens that provide context and commentary for the images and discuss the country’s people and culture, and its enduring political conflict.

A powerful photographic portrait, Haiti: The Perpetual Liberation shows a different, more personal and therefore also more “ordinary” view of the troubled country that reaches beyond what we think we know about Haiti.