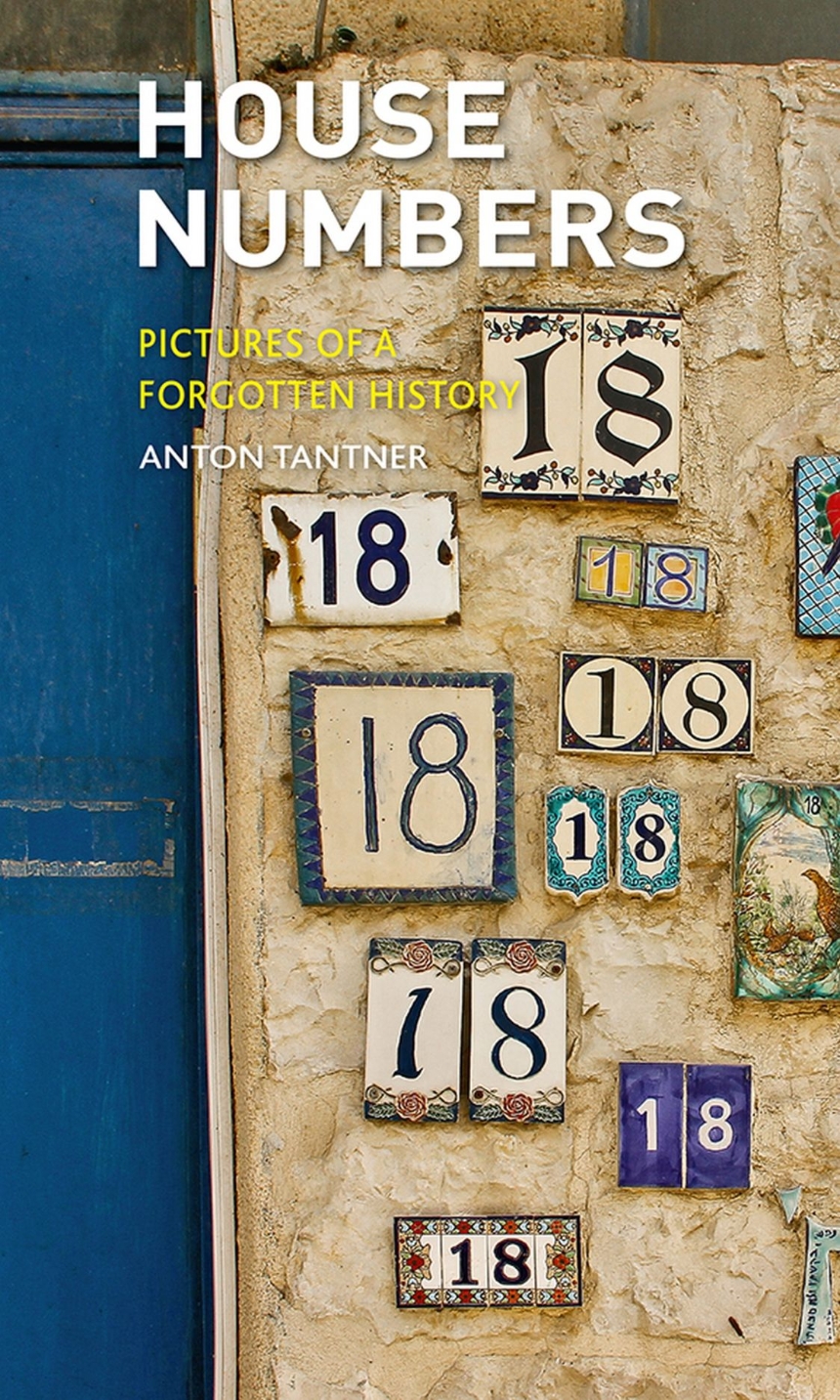 Pictures of a Forgotten History

Pictures of a Forgotten History

Translated by Anthony Mathews
Most of us hardly ever think about those ubiquitous things that hang—along with wreaths, light fixtures, and the occasional delivery attempt notice—at our front door: house numbers, our address. Taken for granted in the hustle and bustle of everyday life, house numbers have the crucial burden of organizing the places of the world—and they do it with zero fanfare or appreciation. In this unique illustrated history, Anton Tantner pays long-overdue tribute to those unassuming combinations of digits, showing that house numbers haven’t always existed, and that they have their own interesting history, one he spells out with vivid images from around the world.

As Tantner shows, house numbers started their lives in a gray area between the military, tax authorities, and early police forces. With an engaging style, he moves from the introduction of house numbers in European towns in the eighteenth century, through the spread of the numbering system in the nineteenth century, and on into its global adoption today. He uncovers a contentious past, telling the stories of the many people who have resisted having their homes so systematically ordered. Along the way, his visual journey showcases a surprising diversity of house number displays, visiting historic addresses from the London house on Strand-on-the-Green that is numbered “Nought” to 1819 Ruston, Louisiana.

The result is a story that will forever change the way you see a city, one that elevates the seemingly insignificant house number to an important place in the history of urban planning.

"The further you look into the humble house number the more fascinating information is revealed right up to the modern usage of addresses by such as Google and other marketing groups ... A wonderful insight into our numbering of houses is presented in the pictures of ornate and beautiful plates and tiles at the rear of the book, with designs used for hundreds of years to denote the various styles of the numbering. ...  Each plate is spectacular in its own right as it gives some small insight into the person, the country, the culture, the wealth of the residents and the particular time in history when the number was created."

"Perhaps the most interesting thing about a system that attempted to standardise and fix house numbers is the sheer variety of their expression; from Venice’s distinctive black charcoal numbers on whitewashed squares to the blue-and-white enamelled plaques to be found throughout the cities of the old Habsburg empire ...  Some of these myriad modes of expression are expressed in the excellent new book House Numbers."

"The word 'enthralling' isn’t one to use lightly when embarking on a book review and it has probably rarely been used in connection with the prosaic matter of the numbering of houses. However, Anton Tantner’s book, House Numbers: Pictures of a Forgotten History fully earns the adjective ... Rather more than half the book consists of photographs of house numbers ranging from Nought (in London) to 5,876 (in Venice); there are 14 pages of notes and suggestions for further reading on what few could have realised is such an historically rich subject."