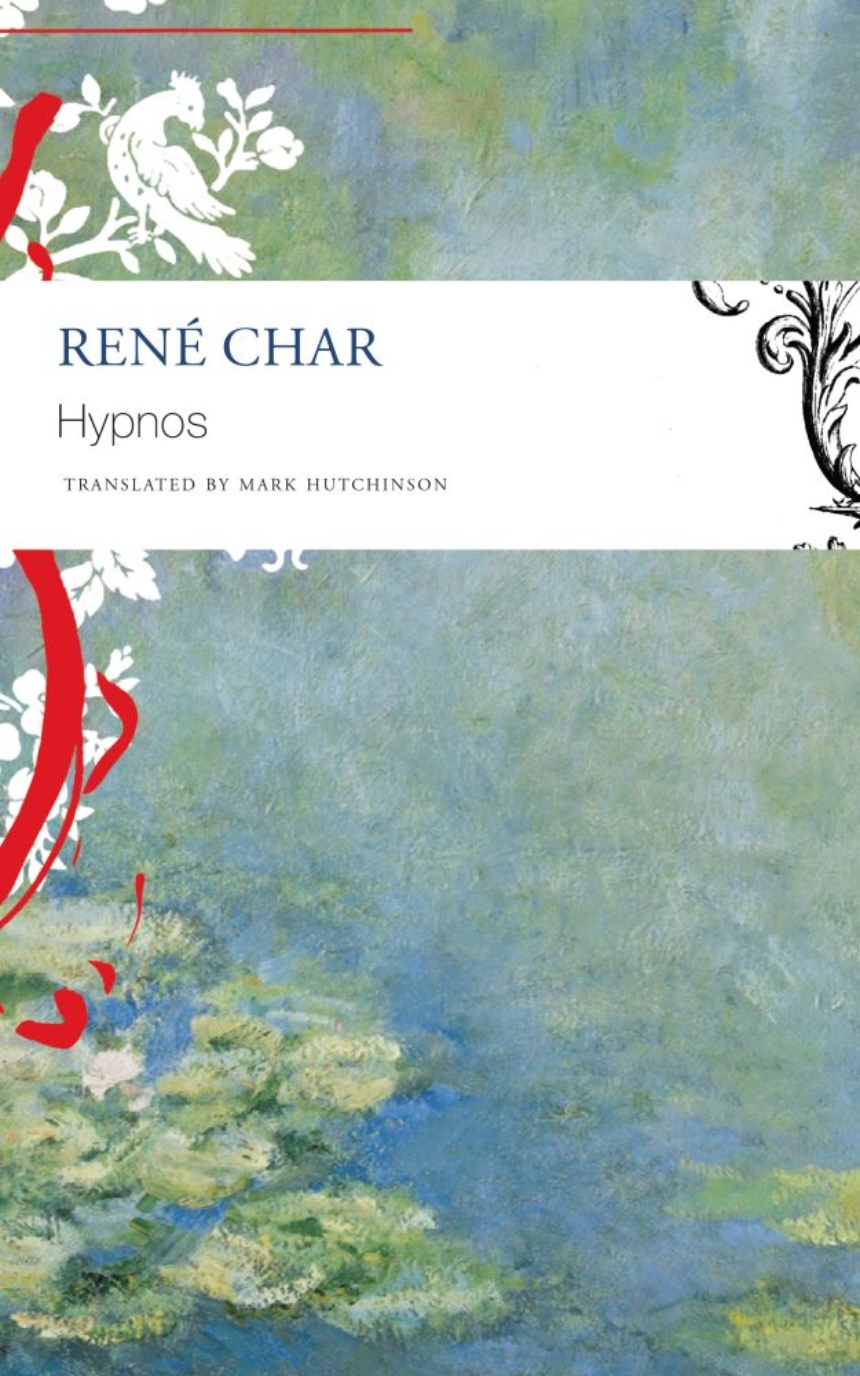 Translated by Mark Hutchinson
Now in paperback, René Char’s Hypnos is both a remarkable work of literature and a document of unique significance in the history of the French Resistance.

Hailed by the poet Paul Eluard as an "absolute masterpiece" upon its first appearance in 1946, René Char’s Hypnos is both a remarkable work of literature and a document of unique significance in the history of the French Resistance. Based on a journal Char kept during his time in the Maquis, it ranges in style from abrupt and sometimes enigmatic reflections, in which the poet seeks to establish compass bearings in the darkness of Occupied France, to narrative descriptions that throw into vivid relief the dramatic and often tragic nature of the issues he had to confront as the head of his Resistance network. A tribute to the individual men and women who fought at his side, this volume is also a meditation on the white magic of poetry and a celebration of the power of beauty to combat terror and transform our lives.

Translated into German by Paul Celan and into Italian by Vittorio Sereni, the book has never been carried over into English with the attention to style and detail that it deserves. Published in full here for the first time, this long-awaited new translation does justice at last to the incandescence and pathos of the original French.

“Superbly translated. . . . Both inspiring and astonishing to read.”

“Some of [Char’s] most incisive writing about poetry. . . . A superb new translation. . . . Hutchinson’s locution suggests a candid manager with no time to waste on ceremony.”

“A fresh authoritative English translation . . . . Char’s insightful reflections offer a point-of-view that’s as intimate as that within which he was living, engaged with the life-and-death consequences of the operation at hand. . . . The poet’s work is maintenance of the record by which the rest of us may take stock of our lives. Char’s words are abundantly informed by the actions he undertook. The merits of reading them remain as worthwhile today as ever.”

“The book is a masterpiece of war poetry in part because it has so little resemblance to what we commonly imagine war poetry to be. It is pensive and philosophical rather than grandiloquent or dramatic. . . . Great books deserve translations in excess of what they actually require, and Hutchinson’s version is wonderfully lucid and supple. It was my favorite book of poetry in 2015.”

“Hutchinson’s translation of Hypnos is a thing of rare intelligence and beauty. It is as if we were truly hearing Char for the first time in English.”

“The Inventors is meant to be read alongside Hutchinson’s other translation, Hypnos: Notes from the French Resistance, and for me this is not optional—independently they are each beautiful books, but together they are stunning.”