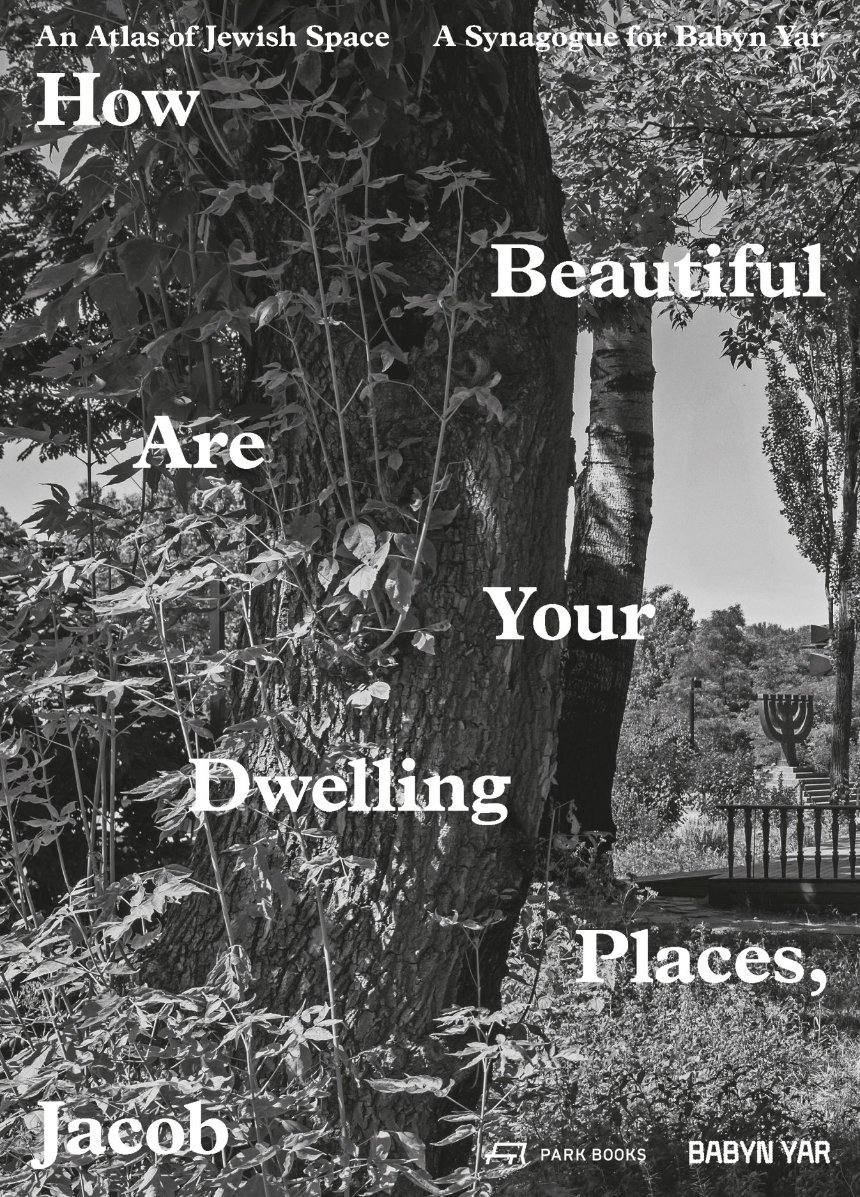 How Beautiful Are Your Dwelling Places, Jacob

An Atlas of Jewish Space and a Synagogue for Babyn Yar

How Beautiful Are Your Dwelling Places, Jacob

An Atlas of Jewish Space and a Synagogue for Babyn Yar

Transforming a site of perdition into a place of benediction: the new synagogue of Babyn Yar near Kyiv.

On September 29 and 30, 1941, more than 33,000 Jewish men, women, and children were murdered in Babyn Yar, a ravine in the Ukrainian capital Kyiv. This event constituted the largest single massacre perpetrated by German troops against Jews during World War II. In commemoration, and as an affirmation of a Jewish future, a synagogue designed in the shape of an oversized Jewish prayer book was inaugurated on the same site in May 2021. When opened, the book building’s inner space and its furnishings unfold. This impressive movable structure was conceived by architect Manuel Herz and is decorated with murals by Ukrainian artist Galina Andrusenko.

The Babyn Yar synagogue’s design is rooted in a meditation on Judaism’s 3,000-year-old history. The leitmotif of this consideration, undertaken by historian Robert Jan van Pelt and artist Mark Podwal, is the concept of Jewish Space understood in its territorial, architectural, psychological, theological, intellectual dimensions. It traverses a historical landscape that includes great heights of spiritual aspiration and profound depths of despair, caused by antisemitism and the persecution, massacres, and genocide that resulted from it.

The first volume of this lavishly illustrated and thought-provoking book, An Atlas of Jewish Space, offers 134 brief and engaging texts by Robert Jan van Pelt, each of which is illuminated with a drawing by Mark Podwal. The second volume, A Synagogue for Babyn Yar, documents the new building through photographs by celebrated architectural photographer Iwan Baan, as well as through plans and model photos. The images are supplemented with texts by Manuel Herz, Galina Andrusenko, Jean-Louis Cohen, and Marina Otero Verzier and Nick Axel.