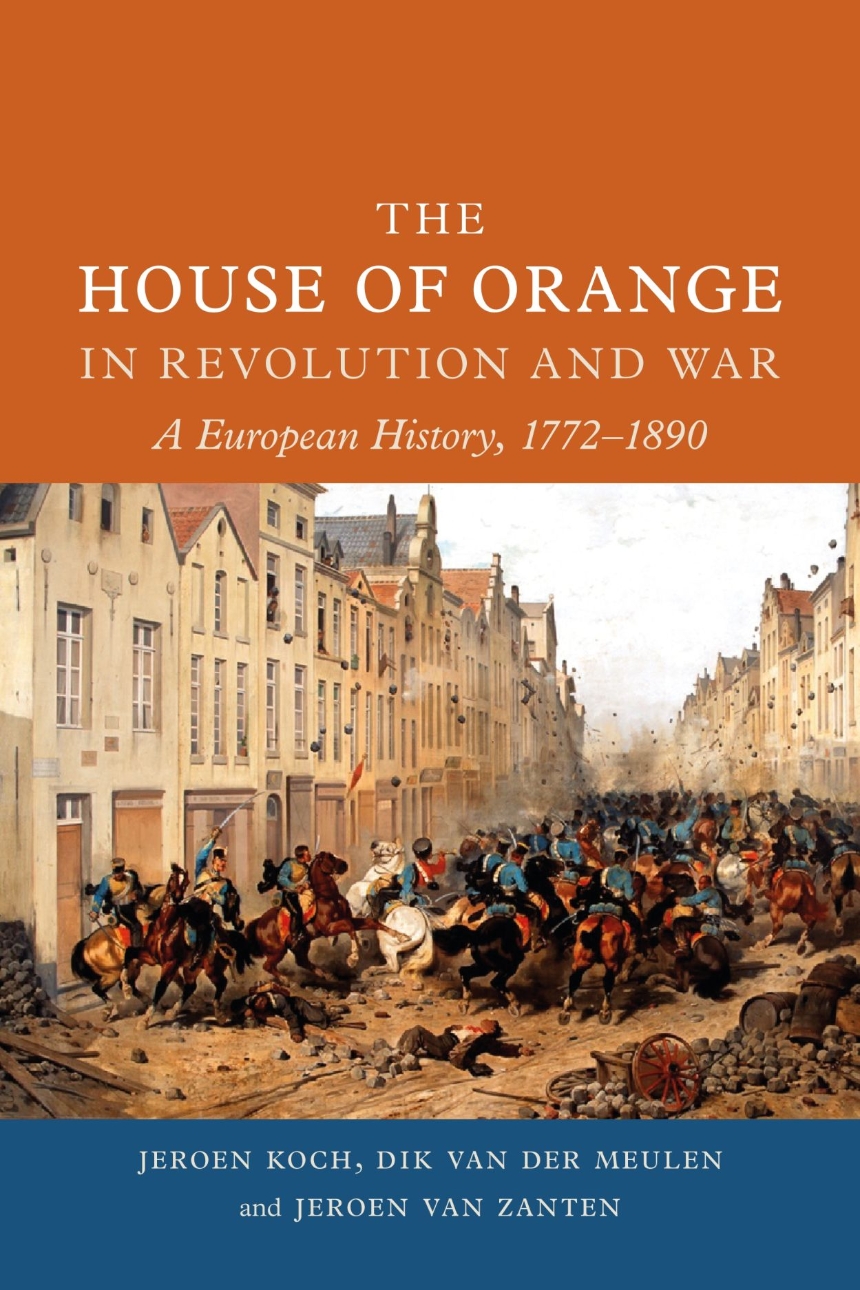 The House of Orange in Revolution and War

The House of Orange in Revolution and War

Translated by Andy Brown
An epic account of the House of Orange-Nassau over one hundred and fifty years of European history.

"The House of Orange in Revolution and War is far more than merely a history of three Dutch kings. It fills many gaps in European history during the period 1772–1890, illuminating the French Revolution, the Napoleonic era, the influence of
Prussia, the machinations of the British, and interactions among all the great powers of the 19th century. . . . Beautifully enhanced by 61 illustrations, 36 in color, this volume's research and endnotes are impeccable."

“The House of Orange in Revolution and War is a lively study that integrates the Dutch monarchy into the transnational history of Europe’s dynasties. A compelling account of the codevelopment of Crown, constitution, and political culture in the Netherlands, this book will be welcomed by anyone with an interest in Europe’s monarchical nineteenth century. A joy to read.”

"This lively, well-written book is not only a major contribution to our knowledge of Dutch political history in the revolutionary era and the nineteenth century but a much-needed exercise in integrating the Dutch nineteenth century into the wider picture of European and global history. A witty, enjoyable read."

"This book deserves to take its place among the growing, excellent new historiography of the Netherlands becoming available in English. The authors blend scrupulous archival research and academic rigor with the compelling narrative of a flawed, all too human family across a century of war and revolution.

"An up-to-date overview by expert researchers, this book tells the story of a little-known part of European history, yet a crucial phase in the history of a family that became a royal dynasty, the fate of whom has been inextricably intertwined with the Netherlands."