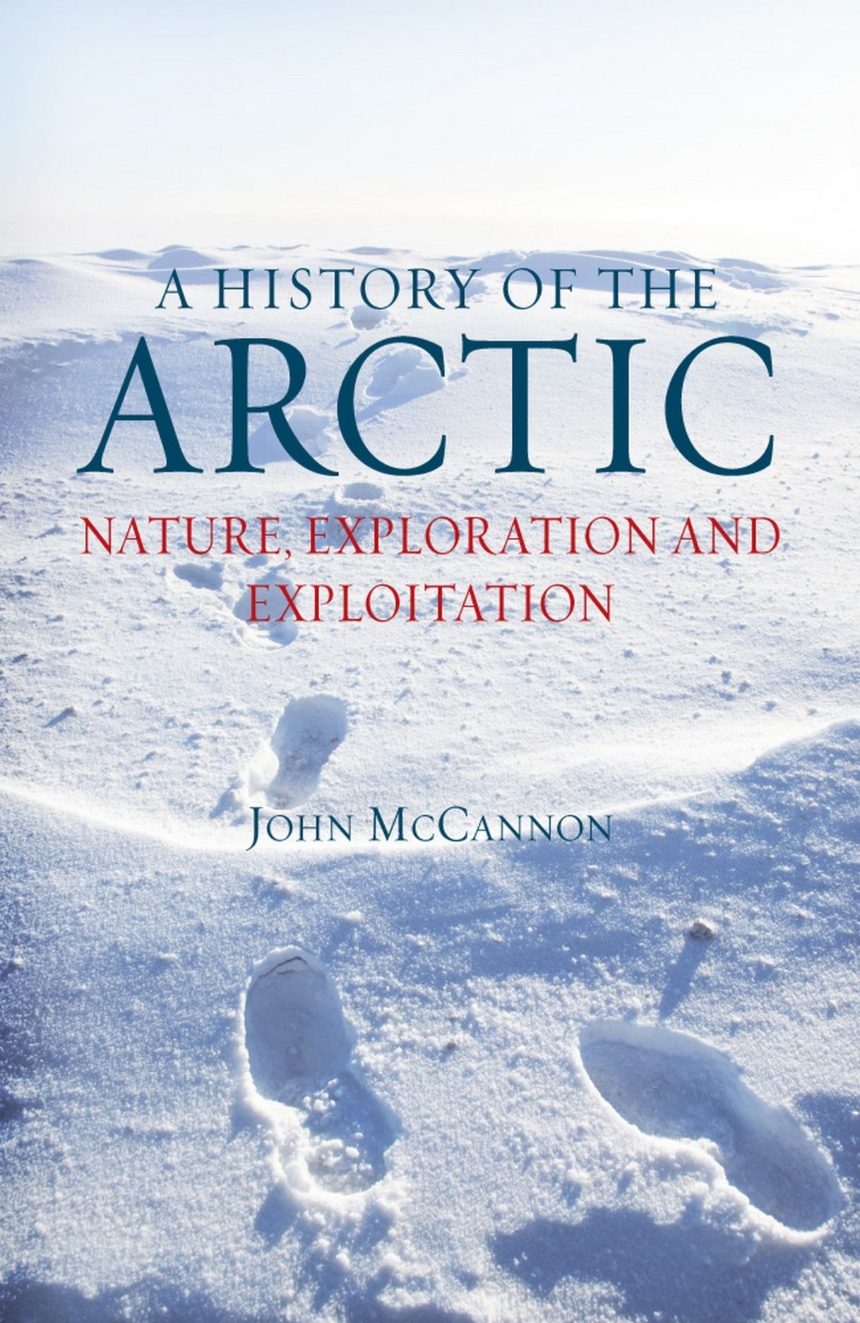 A History of the Arctic

A History of the Arctic

Bitter cold and constant snow. Polar bears, seals, and killer whales. Victor Frankenstein chasing his monstrous creation across icy terrain in a dogsled. The arctic calls to mind a myriad different images. Consisting of the Arctic Ocean and parts of Canada, the United States, Russia, Greenland, Finland, Norway and Sweden, the arctic possesses a unique ecosystem—temperatures average negative 29 degrees Fahrenheit in winter and rarely rise above freezing in summer—and the indigenous peoples and cultures that live in the region have had to adapt to the harsh weather conditions. As global temperatures rise, the arctic is facing an environmental crisis, with melting glaciers causing grave concern around the world. But for all the renown of this frozen region, the arctic remains far from perfectly understood.
In A History of the Arctic, award-winning polar historian John McCannon provides an engaging overview of the region that spans from the Stone Age to the present. McCannon discusses polar exploration and science, nation-building, diplomacy, environmental issues, and climate change, and the role indigenous populations have played in the arctic’s story. Chronicling the history of each arctic nation, he details the many failed searches for a Northwest Passage and the territorial claims that hamper use of these waterways. He also explores the resources found in the arctic—oil, natural gas, minerals, fresh water, and fish—and describes the importance they hold as these resources are depleted elsewhere, as well as the challenges we face in extracting them.
A timely assessment of current diplomatic and environmental realities, as well as the dire risks the region now faces, A History of the Arctic is a thoroughly engrossing book on the past—and future—of the top of the world.

"A remarkable voyage through the Arctic, from its misty past to contentious present. A graceful writer with a fine eye for telling detail, McCannon offers an exciting, broad-sweep tour. . . . A must-read volume for the general public and scholars alike."

"I have long sought an outstanding general environmental history of the Arctic only to be disappointed. John McCannon’s new work, A History of the Arctic, admirably fills this need. McCannon is at his best in explaining for a broad audience the complex interactions of environment, ecosystems, and humans of all nationalities and cultures in the Arctic. It is a thoughtful, broadly-considered, and sometimes provocative study that offers a transnational perspective on the profound changes over time taking place in this significant region."

"A dazzling tour d’horizon. . . . Anyone who cares about the Arctic should read this sobering book. Let’s hope his gloomy predictions are wrong. I suspect he is right."

“This is one of the few books in English (as well as, arguably, the best one) to deal with these themes from a widely comprehensive circumpolar perspective rather that a strictly national one. The chapter ‘Crusades,’ for example, deals with the great age of exploration, 1800–1914, and examines not only those explorers familiar to English speakers, but also lesser-known Finns, Icelanders, Faroese, Greenlanders, and Russians. Indigenous people also figure large in these pages. This makes the book tremendously valuable; as an added bonus, it is approachably and engagingly written. It should serve for some considerable time as the standard work on the subject . . . Essential.”

“John McCannon’s book is a valuable and timely addition. . . . It’s never dull, and [McCannon] possesses a keen eye for detail, especially in chronicling the region’s wildlife and the painful transition from exploration to exploitation. . . . This is a thoughtful, provocative study that should be read by anyone who cares about the Arctic’s fate.”