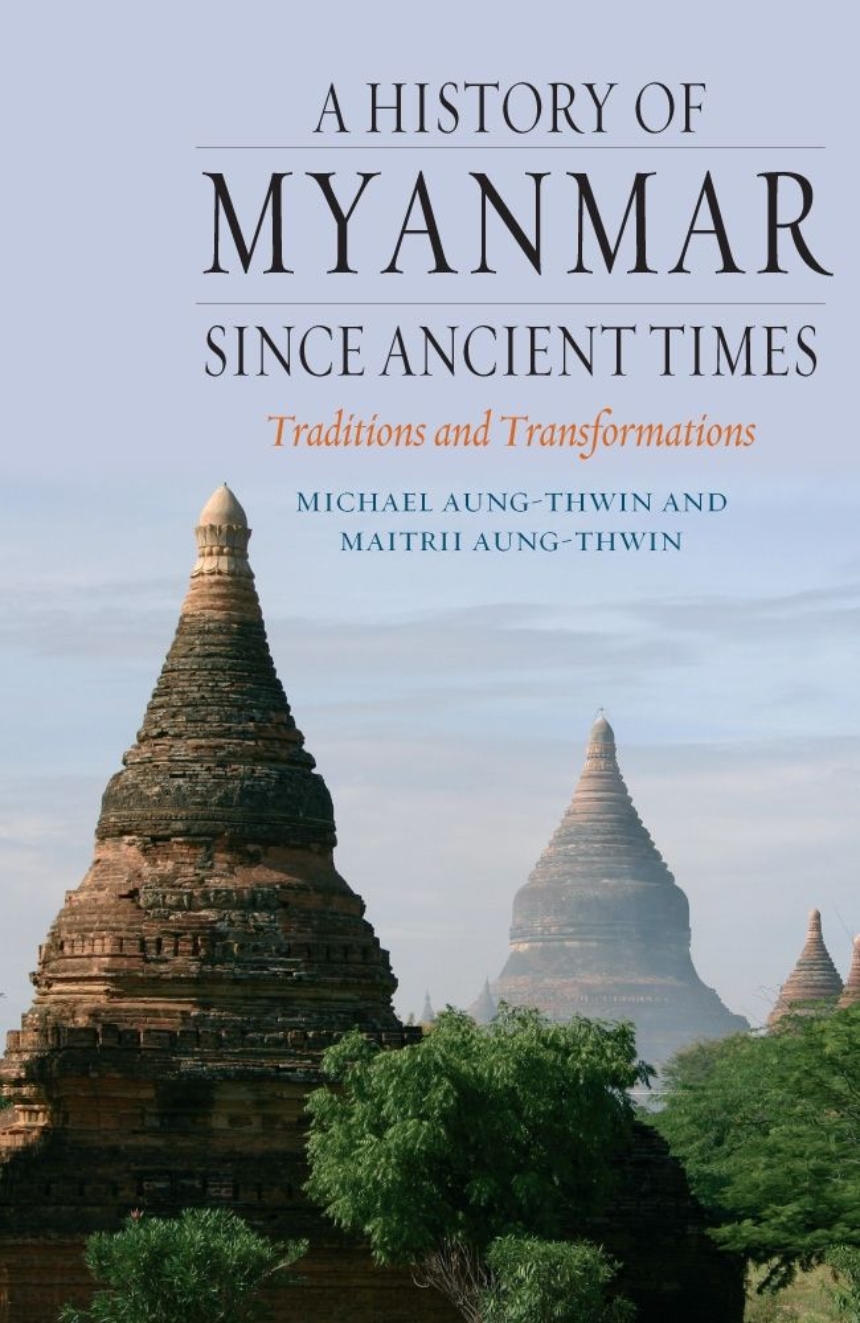 A History of Myanmar since Ancient Times

A History of Myanmar since Ancient Times

In A History of Myanmar since Ancient Times, Michael Aung-Thwin and Maitrii Aung-Thwin take us from the sacred stupas of the plains of Pagan to grand, colonial-era British mansions, revealing the storied past and rich culture of this country. The book traces the traditions and transformations of Myanmar’s communities over nearly three millennia, from the relics of its Neolithic civilization to the splendors of its pre-colonial kingdoms, its encounters with British colonialism and the struggles for the republic that followed the end of World War II.
The authors also consider the complexities of present-day life in Myanmar and examine the key political events and debates of the last twenty-five years that have brought the world’s attention to the country. By exploring current developments within the broader patterns of Myanmar’s history, culture and society, they provide a nuanced perspective on the issues and questions surrounding Myanmar’s future.
This updated edition considers the changes that have taken place since the elections of 2010, the reforms that the civilian government introduced, and the ramifications of the country’s new international status. It also assesses the implications of the 2012 by-elections, the ensuing political dynamics among various stakeholders, and the continuing socio-economic challenges facing Myanmar in the twenty-first century.
The most comprehensive history of Myanmar ever published in the English language, this book makes a significant contribution to our understanding of Southeast Asian history and will surprise, challenge, and inform in equal measure.

“An original research based history of Myanmar through the centuries is long overdue. A History of Myanmar since Ancient Times is an essential volume for anyone seeking to understand the warp and woof of that little known society today. Michael and Maitrii Aung-Thwin have gone back to original sources to explain the structure of Myanmar’s history in a readable, but highly informed, and original single volume.”—Robert H. Taylor, author of The State in Myanmar

Robert H. Taylor, author of "The State in Myanmar"

“A stimulating, often pugnacious reading of the history of Myanmar.”

“A very good introduction to Myanmar’s history from the premodern period to the present. The book is written in an engaging style that makes it a good resource for informed readers, journalists, and knowledgeable undergraduates. . . . Highly recommended.”

“This book is a bold and thought-provoking work that should be read by all serious students of Myanmar. It offers a major reinterpretation of Myanmar history, in part by relating broad historical trends to more recent developments.”

Timeline
Preface
Prologue: A Synthesis of Old and New