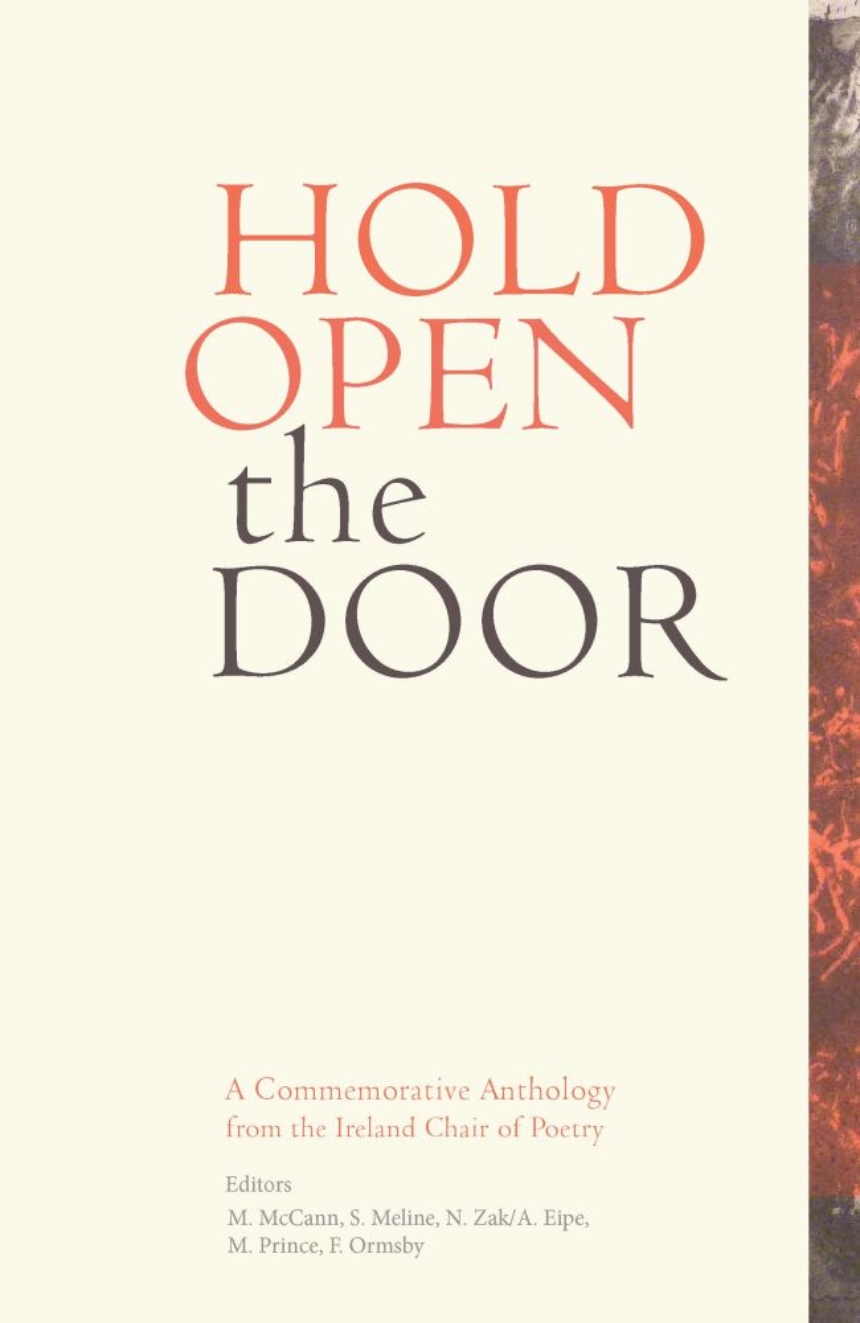 Hold Open the Door an anthology of original poems and critical essays by emerging Irish and Northern Irish poets created in response to the work of their mentors and major literary influences. The publication of this spirited anthology coincides with the commemoration of the twenty-fifth anniversary of Seamus Heaney winning the Nobel Prize in Literature, which served as the impetus to establish the Ireland Chair of Poetry, a three-year post jointly administered by Queen’s University Belfast, Trinity College Dublin, and University College Dublin, as well as the Arts Councils of both Ireland and Northern Ireland. The authors and editors seek to honor the legacy and contributions of previous Chairs of Poetry and their peers, with the newly commissioned poems and critical reflections collected here sparking an intergenerational dialogue by bridging established names in Irish literature with a wealth of new and diverse voices emerging in the national scene. Featuring a new foreword from Frank Ormsby, the current Ireland Chair of Poetry, Hold Open the Door is a singular fusion of Irish literature’s past, present, and future, pointing the way forward for one of the Anglophone world’s most vibrant creative centers.