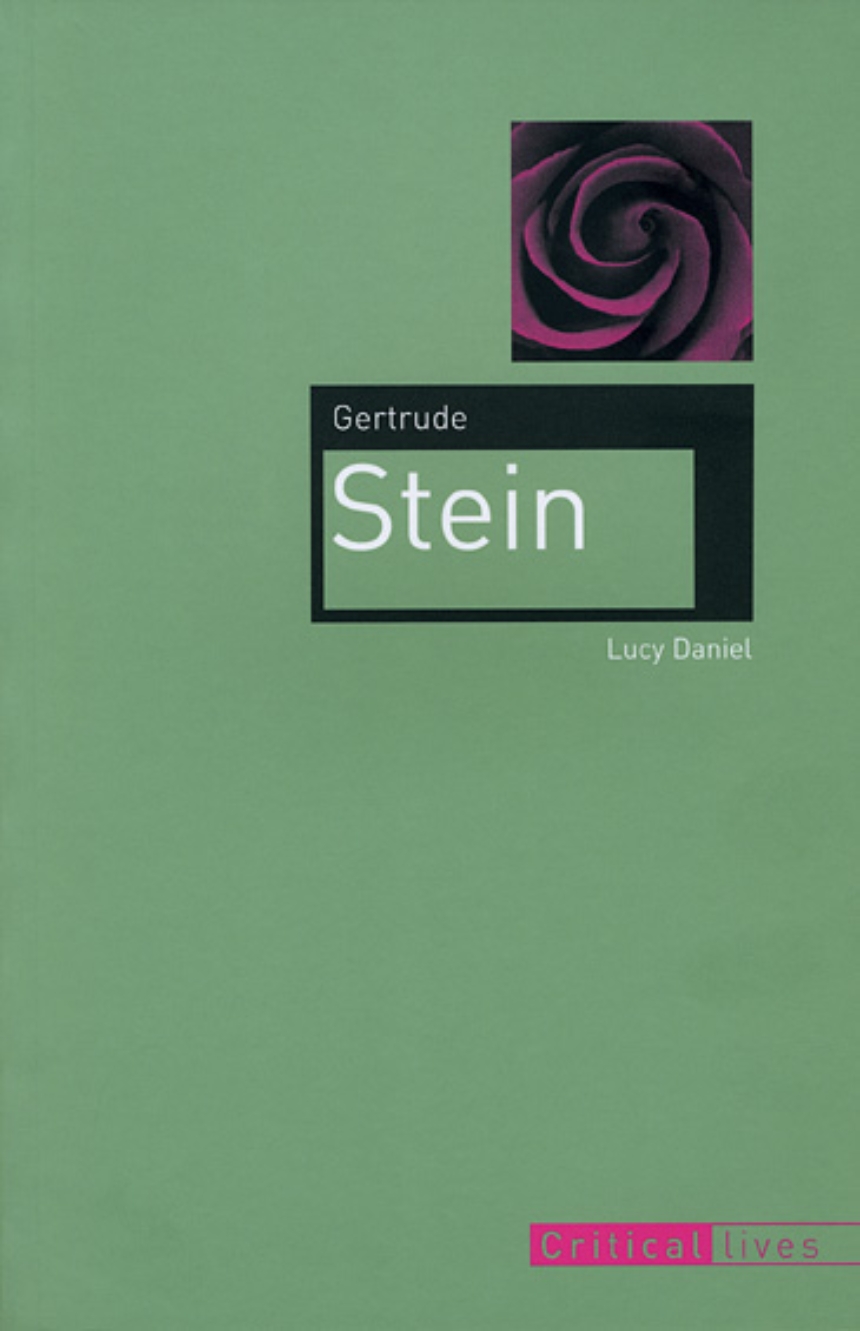 “You are, of course, never yourself,” wrote Gertrude Stein (1874–1946) in Everybody’s Autobiography.  Modernist icon Stein wrote many pseudo-autobiographies, including the well-known story of her lover, The Autobiography of Alice B. Toklas;but in Lucy Daniel’s Gertrude Stein the pen is turned directly on Stein, revealing the many selves that composed her inspiring and captivating life.

Though American-born, Stein has been celebrated in many incarnations as the embodiment of French bohemia; she was a patron of modern art and writing, a gay icon, the coiner of the term “Lost Generation,” and the hostess of one of the most famous artistic salons. Welcomed into Stein’s art-covered living room were the likes of Picasso, Matisse, Hemingway, and Pound. But—perhaps because of the celebrated names who made up her social circle—Stein has remained one of the most recognizable and yet least-known of the twentieth-century’s major literary figures, despite her immense and varied body of work. With detailed reference to her writings, Stein’s own collected anecdotes, and even the many portraits painted of her, Lucy Daniel discusses how the legend of Gertrude Stein was created, both by herself and her admirers, and gives much-needed attention to the continuing significance and influence of Stein’s literary works.

A fresh and readable biography of one of the major Modernist writers, Gertrude Stein will appeal to a wide audience interested in Stein’s contributions to avant-garde writing, and twentieth century art and literature in general.

"Lucy Daniel considers the ways in which Stein consciously constructed her public self, and in turn how the public came to construct an Idea of Gertrude Stein. . . . Daniel synthesizes this material in a lively and readable fashion. She moves with skill from biography to analysis and never gets bogged down with overanalyzing Stein’s motivations or her creative efforts. . . . the biography of Gertrude Stein has been a constantly evolving narrative that, like much of Stein’s writing, maintains an intriguing and at time frustrating uncertainty. As Daniel’s book shows, the story of how this narrative was created by Stein and her admirers has its own compelling history."