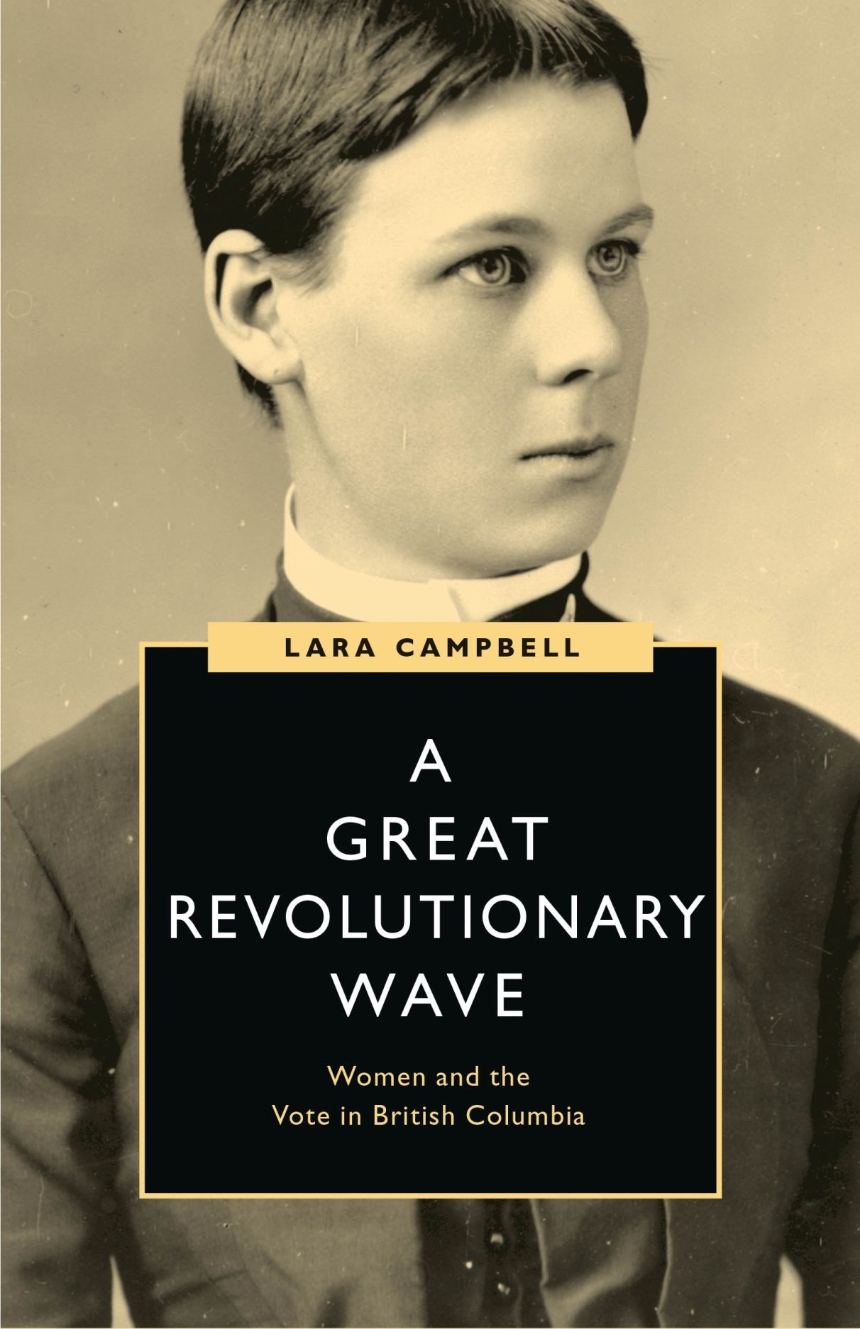 Women and the Vote in British Columbia

Women and the Vote in British Columbia

Now in paperback, this book rethinks the complex legacy of suffrage by considering both the successes and limitations of women’s historical fight for political equality.

Suffrage in British Columbia is best understood as a continuum rather than a clearly defined right “won” at any given time. Although white settler women achieved the vote in 1917, after forty long years of activism, it would take another thirty years before the provincial government would remove race-based restrictions on voting rights. British Columbia is often overlooked in the national story of women’s struggle for political equality. A Great Revolutionary Wave challenges that omission and the historical portrayal of suffragists as conservative, traditional, and polite. Lara Campbell follows the propaganda campaigns undertaken by suffrage organizations and traces the role of working-class women in the fight for political equality. She demonstrates the intimate connections between provincial and British suffragists and examines how racial exclusion and Indigenous dispossession shaped arguments and tactics for enfranchisement. A Great Revolutionary Wave rethinks the complex legacy of suffrage by considering both the successes and limitations of women’s historical fight for political equality. That historical legacy remains relevant today as Canadians continue to grapple with the meaning of justice, inclusion, and equality.

Women’s Suffrage and the Struggle for Democracy