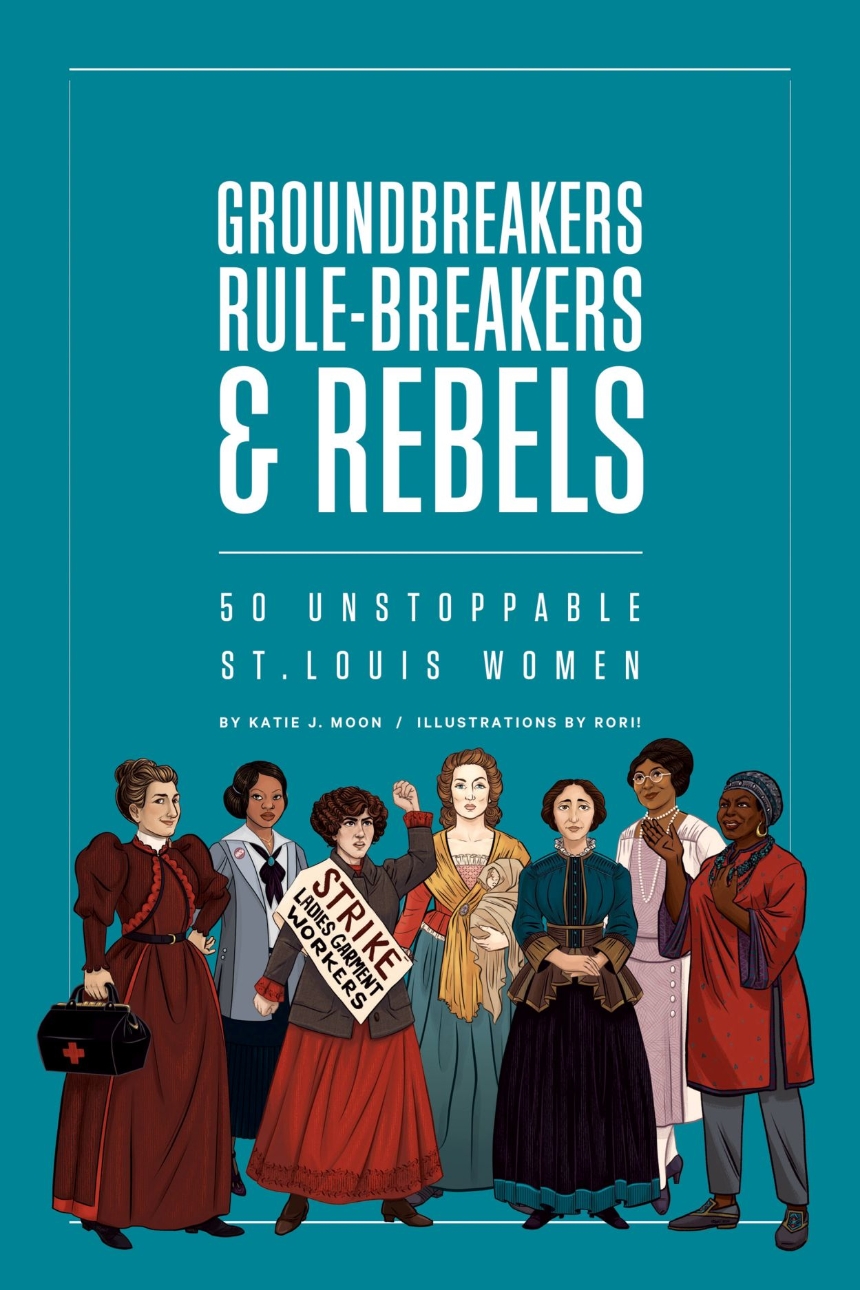 Illustrated by Rori!
The history of women’s activism in St. Louis began long before 1920, when Missouri ratified the Nineteenth Amendment and gave women the right to vote. Women have always been a fundamental—but too often unfairly forgotten—part of what made St. Louis a great American city. By taking a closer look at decades of St. Louis women from every race, class, and creed, a richer picture of the entire city’s history begins to emerge.

In Groundbreakers, Rule-Breakers, & Rebels, Katie J. Moon tells the stories of fifty female pioneers with ties to St. Louis, from European-born settlers like Marie-Thérèse Bourgeois Chouteau to early-twentieth-century cookbook author Irma Rombauer and renowned activist poet Maya Angelou. Moon also uncovers histories of lesser-known figures who proved equally important to building the foundations of this city. Whether world-famous or not, each of the trailblazing women in this book faced a host of specific obstacles and restrictions in their chosen fields that existed solely because of their gender. Their victories were all hard won and well earned.
​
Illustrated by St. Louis artist Rori! and published to coincide with the Missouri History Museum’s exhibit Beyond the Ballot: St. Louis and Suffrage, this book is the only one of its kind. Groundbreakers, Rule-Breakers, & Rebels not only expands the story of women’s suffrage beyond the fight to win the right to vote, it also reveals how generations of fearless female fighters can be found throughout American history, in any city where you might look.