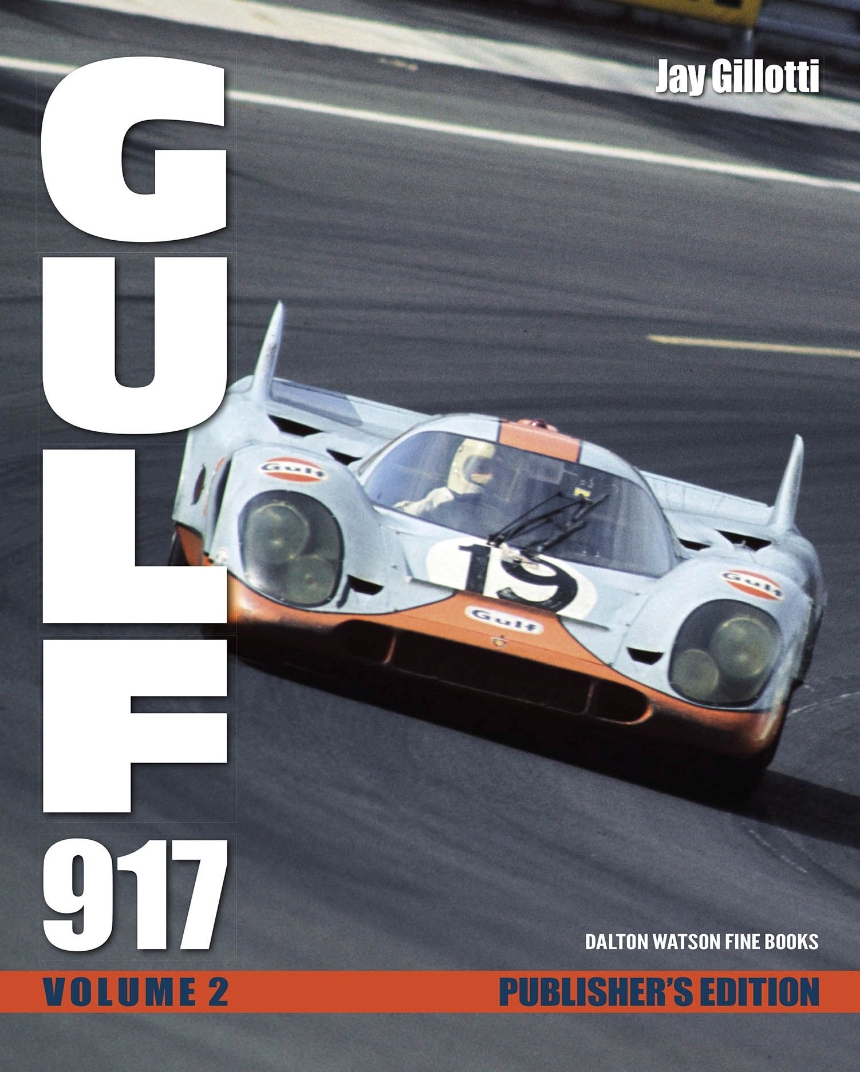 This book about the Porsche 917, one of the most successful and iconic racing cars of all time, presents a detailed chassis-by-chassis and race-by-race history of the cars entered by the John Wyer/Gulf team. It includes the history leading to the 917 and the partnership between Porsche, Gulf and JW Automotive Engineering. These cars were instrumental in Porsche’s taking of the 1970 and 1971 World Sportscar Championship titles when they won 11 of the 17 championship races entered. The exploits of driving legends Jo Siffert, Pedro Rodriguez and teammates Brian Redman, Leo Kinnunen, Derek Bell and Jackie Oliver are listed as they raced the Gulf 917s on the fast tracks of an evocative motorsport era. Written with assistance from JWAE Chief Engineer, John Horsman, the book includes scans of his original race data sheets, along with numerous rarely-seen photographs – many from Porsche’s archive. Detailed post-Gulf histories are presented for each car.