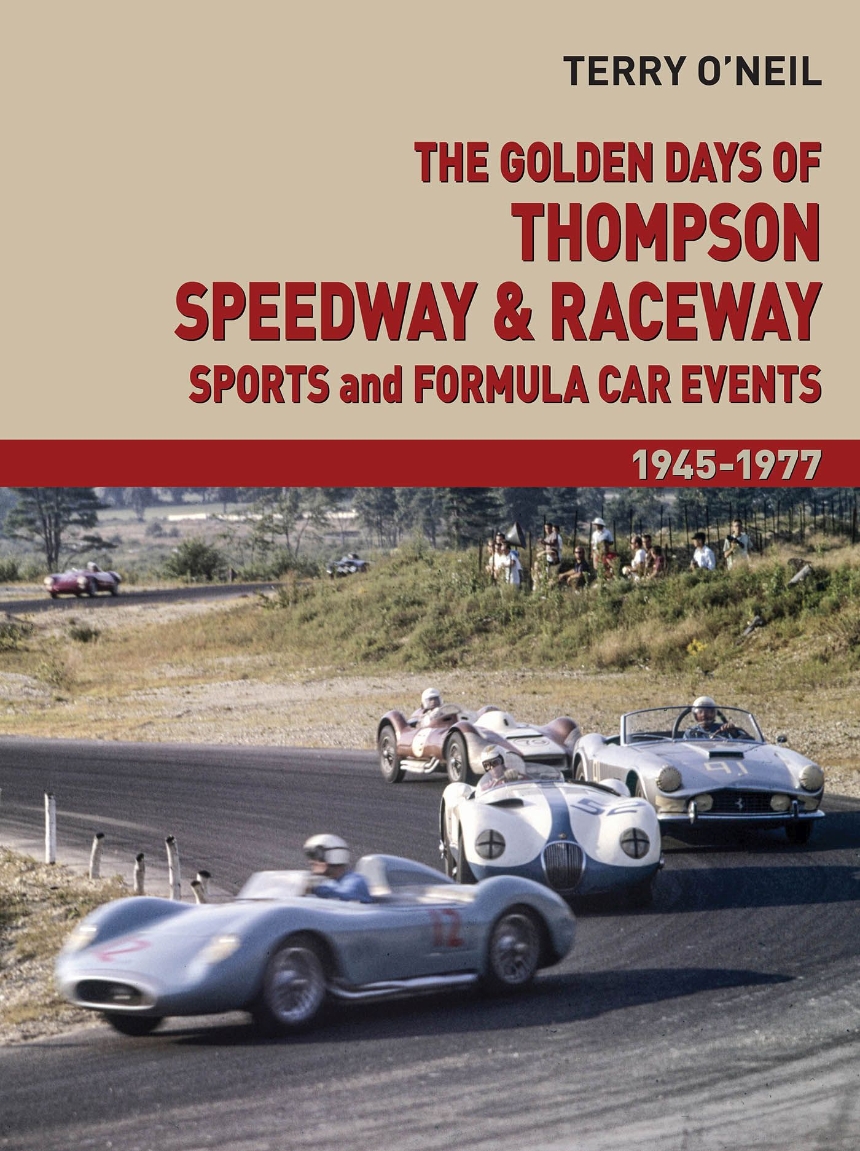 The Golden Days of Thompson Speedway and Raceway

The Golden Days of Thompson Speedway and Raceway

Occasionally a spark of inspiration can become the catalyst for transition. Just such an occasion took place with the construction of Thompson Speedway in 1940, a five-eighth-mile banked oval track, dubbed “The Indianapolis of the East.” A road course joined to the oval in 1952 enlarged the track to form the first privately-owned complex where sports car drivers could race safely. It transformed the face of sports car racing in America and hastened the demise of the dangerous open-road events together with the majority of flat and boring airfield race venues. These two volumes tell the story of the ground-breaking racetrack and, as far as possible, detail the drivers and cars that participated in the races. They are profusely illustrated with contemporary photographs showing well-known drivers such as Briggs Cunningham, Bill Lloyd, Bill Spear, Lance Reventlow, Walt Hansgen, George Constantine and Denise McCluggage in action driving Maseratis, Jaguars, Porsches, Coopers, Ferraris and other makes that they imported from Europe and that are now in such popular demand. Today, the Raceway has been regenerated and runs as a successful venture under the control of Jonathan Hoenig, great-grandson of the original owner. Volume One, The Formative Years: 1945-1959, covers the years 1938-1960 and describes the development of sports car racing at Thompson as early as 1945. It explains the politics involved between land-owner, John Hoenig, and Raceway manager George Weaver, and their unsuccessful attempts to establish a working relationship. Their disagreements led to the development of the Raceway’s second layout by Weaver as it separated from the Speedway Oval in 1958. Volume Two, Changing Fortunes: 1960-1977, sees Hoenig and Thompson Raceway in Windham County Court in 1961, the culmination of a long-standing dispute over share holdings. SCCA policy changes in the first half of the 1960s involving the conflict between professional and amateur status also contributed to the eventual demise of the Raceway under Weaver’s control in 1967. Subsequently, the venue was revived by the Hoenig family, with a new track that incorporated the original Speedway oval, but the fuel crisis, a lack of investment and a general decline in spectator interest led to its closure again in 1977.