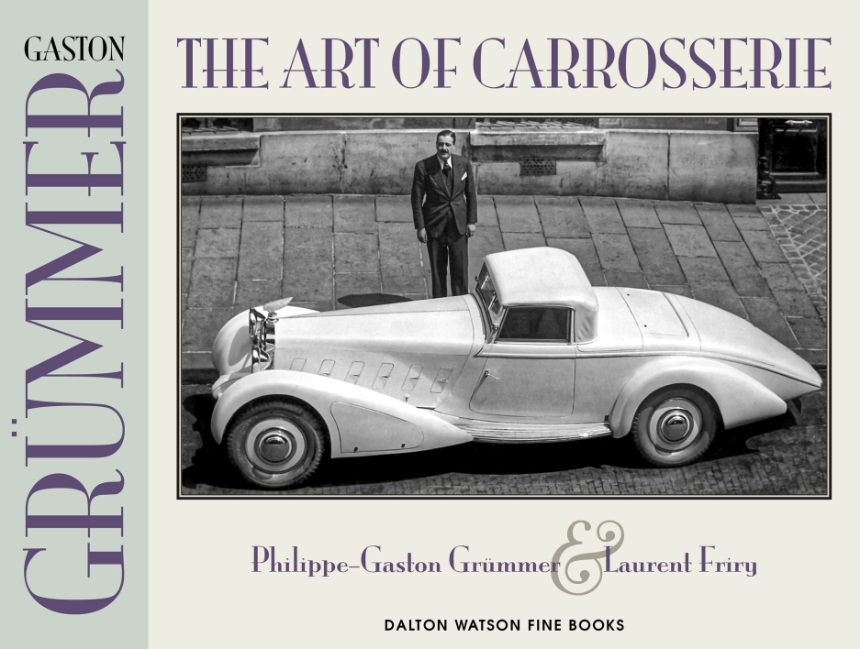 The Art of Carrosserie

The Art of Carrosserie

The years between the two World Wars was an extraordinary period for the French luxury car trade and during this time, Carrosserie Gaston Grümmer was one of the leading coachbuilding houses in Paris. Thanks to this recently discovered and previously unpublished archive, Gaston’s son, Philippe Grümmer, in association with one of the best French automotive historians, Laurent Friry, takes us back to this glorious time. Descended from a long line of coachbuilders, Gaston Grümmer was the son of Antoine-Joseph whose company, J. Grümmer formerly V. Morel, produced first, from 1845, exceptional horse-drawn carriages and from the 1890s, automobile bodies. Trained in the family business before World War I, Gaston Grümmer, spent the war as a soldier, first on horseback, then in the trenches and finally in the air as a pilot. At the end of hostilities, he brilliantly re-launched the family business transforming it into the Société Anonyme des Etablissements Grümmer. As the company moved towards the production of series bodywork for various manufacturers, Gaston decided to break away to build custom cars and in 1924 he created his own company, Carrosserie Gaston Grümmer. For the next ten years he achieved great success on both aesthetic and technical levels, winning many awards. Volume I describes Gaston Grümmer’s early life and the activities of his company up to and including 1933, illustrated with many period photographs, catalogues and press reports. Volume II covers the two last years of the company’s existence, 1934-1935, and describes Gaston Grümmer’s finest achievements in design – the Hirondelle and the Aéroprofil – for which he won many honours. It is followed by an exhaustive appendix detailing the company’s archive of chassis listings of car bodies, the drawing register, a section on the few known remaining cars with Grümmer bodies, and a list of awards received that results in a reference book on coachwork of the 1920s and 1930s that is essential for any student of the period.