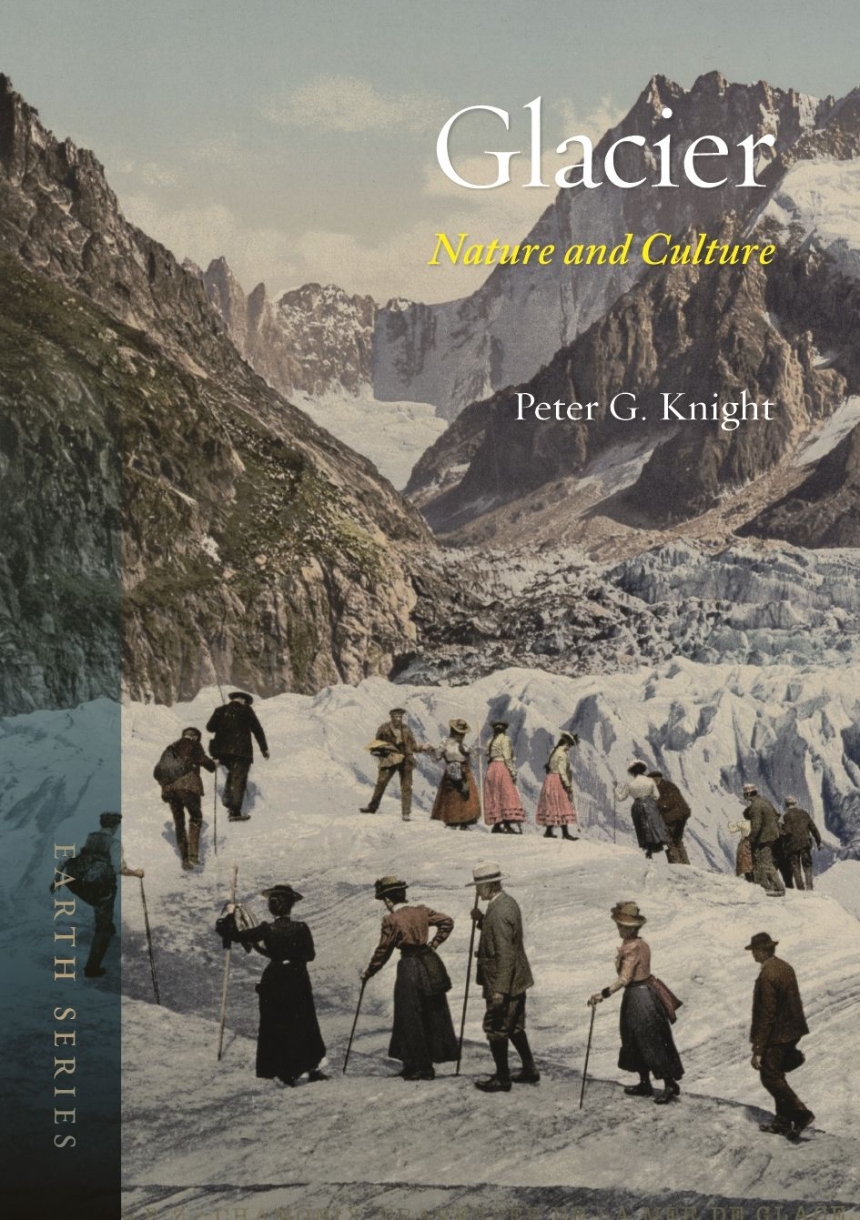 As major actors in the unfolding drama of climate change, glaciers feature prominently in Earth’s past and its future. Wherever on the planet we live, glaciers affect each of us directly. They control the atmospheric and ocean circulations that drive the weather; they supply drinking and irrigation water to millions of people; and they protect us from catastrophic sea-level rise. The very existence of glaciers affects our view of the planet and of ourselves, but it is less than two hundred years since we first realized that ice ages come and go and that glaciers once covered much more of the planet’s surface than they do now.

An inspiration to artists and a challenge for engineers, glaciers mean different things to different people. Crossing the boundaries between art, environment, science, nature, and culture, this book considers glaciers from myriad perspectives, revealing their complexity, majesty, and importance—but also their fragility.

"Among the many victims of climate change are glaciers. The huge bodies of dense ice that form on land and are constantly moving from the force of their own weight no longer cover as much of Earth’s surface as they once did. In Glacier, geographer Knight discusses not only the science of glaciers but also their importance and influence on the environment, weather, and even art and culture. Featuring more than 100 illustrations, Glacier pays homage to one of Earth’s most majestic, yet fragile, features."

"An interdisciplinary view of glaciers, drawing on both science and the humanities. . . . The book is heavily illustrated with breathtaking photographs . . . [Provides] a window into how people in recent centuries perceived glaciers, as shown through works of art (including music and literature), and how geographic expeditions contributed to perceptions even into the present day. . . . Recommended."

"The volume is lavishly illustrated by many color images of glaciers and ice fields from around the world, including several satellite images. Knight thoughtfully documents the past and present importance of the cryosphere on our landscapes, but he also is at pains to include the events of the last two decades or so and the possible impact that the rapid changes in glaciers and ice sheets will have on communities that rely on them for water or power and also on coastal areas that might be impacted by rising relative sea level. . . . In broadening the vision of glaciers, Knight has contributed a series of chapters that can be enjoyed at a variety of levels and by a wide range of readers."

"Marcel Proust in In Search of Lost Time wrote that the only true path of discovery is . . . not to explore new places, but to see a hundred universes with your eyes, with the eyes of hundreds of other people. And this book looks at glaciers not only through the eyes of scientists, but also . . . travelers, politicians, artists, poets, and storytellers."

"Knight covers vast swaths of territory with this book, from a careful examination of the development of glaciology, to thoughtful critiques of art and literature inspired by and focusing upon glaciers. He explores their role in ecology and economics. He dives deeply into the millions of years of natural history behind glaciers, and ponders their future. His text is accompanied by over one hundred illustrations, including many from Alaska. And his writing is lyrical. Whether the reader has never visited a glacier or has devoted their life to exploring them, they will find new perspectives and appreciations for these behemoth rivers of ice in this book. 'In glaciers,' Knight writes, 'we recognize nature’s fragility, complexity, majesty, ephemerality, vastness, beauty, terror: in glaciers we see the sublime.'"

"As I was reading this book I thought to myself how easy it was to read, and how well the concepts of glaciers, glaciation, and glacial processes were explained. . . . Covering both physical and human activities, the book examines how glaciers form and function, but also how humans relate to glaciers. . . . This entertaining book covers our interaction with glaciers from economics to art, poetry and song. . . . The use of good illustrations throughout make this book even more enjoyable to flick through as well as read in depth. This book will make a great gift but it also belongs on all geologists' bookshelves, to remind us all of how intertwined nature and people always are."

"In Glacier, Knight highlights not just the magnificence of glaciers and their historical significance, but also the dangers we are facing with climate change. . . . A message to us all to act before they are lost forever."

"Well written and lavishly illustrated [. . .] Glacier: Nature and Culture is a beautifully produced book and well worth a read."

"This book exemplified Knight's ability to explain complex ideas with ease and simplicity. Knight's writing makes the book accessible to a wide range of audiences; to the glaciologist, the book offers a dimension of seeing glaciers through the artistic and cultural lenses; to the casual reader, it offers the background to understand the scientific significance of glaciers. I particularly appreciate the concise summary of the Earth's climate history . . . Glacier is a book deserving a place in everyone's library."

"This beautifully illustrated book, written with panache and clarity, is based on high quality research and gives a perfect introduction to the science, history, significance, and beauty of the world’s glaciers."

"Glacier takes readers on a journey through both the material and the metaphorical dimensions of ice—with scientists and songwriters, poets and holiday hikers, from nineteenth-century debates about Ice Ages to twenty-first-century art exhibits and debates about climate change. This book is perfect for anyone captivated by mountain glaciers and curious about people’s long-standing relationships with ice."

Mark Carey, author of "In the Shadow of Melting Glaciers: Climate Change and Andean Society"