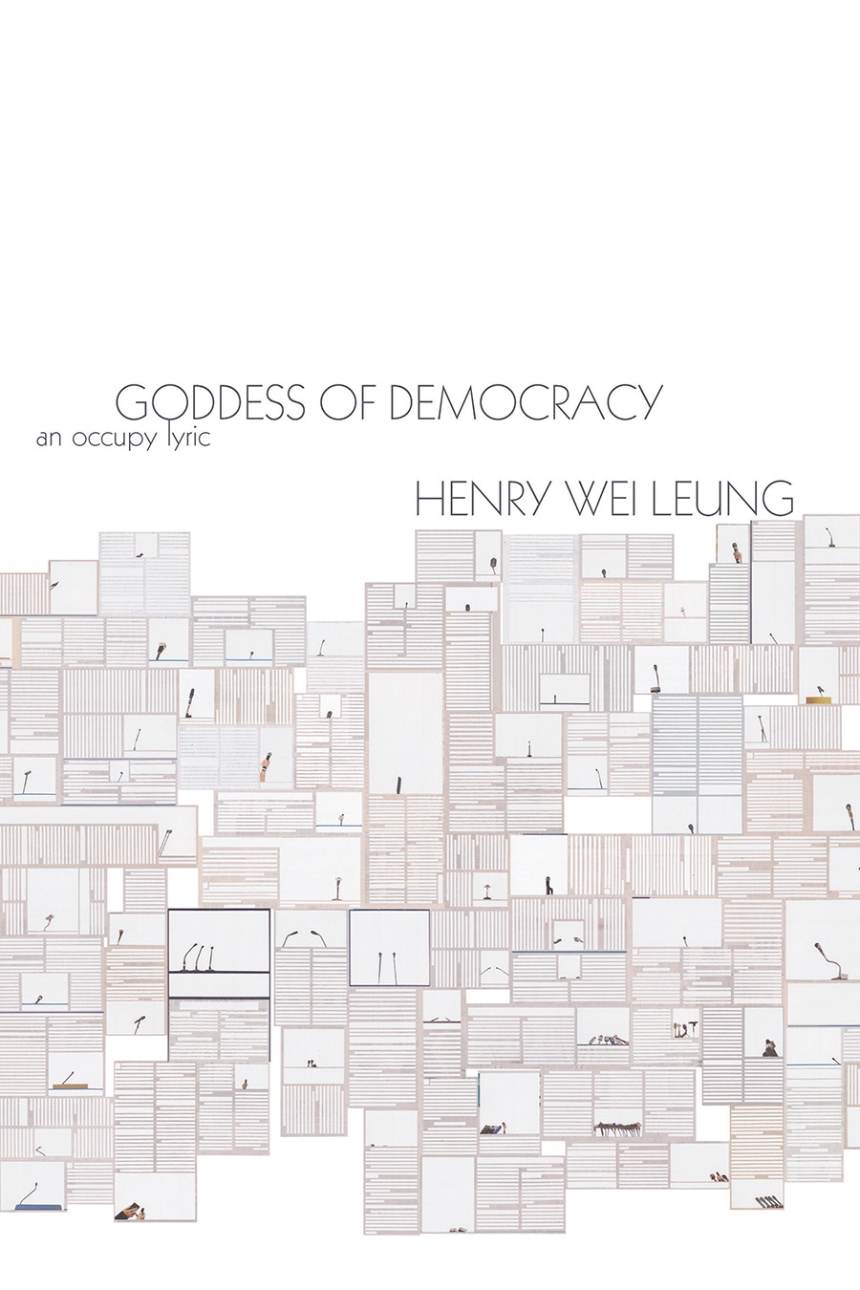 Selected by Cathy Park Hong as winner of the Omnidawn 1st/2nd Poetry Book Prize Written in and of the protest encampments of one of the most sophisticated Occupy movements in recent history, Goddess of Democracy attempts to understand the disobedience and desperation implicated in a love for freedom. Part lyric, part autoethnography, part historical document, these poems orbit around the manifold erasures of the Umbrella protests in Hong Kong in 2014. Leung, who was in those protests while on a Fulbright grant, navigates the ethics of diasporic dis-identity, of outsiderness and passing, of privilege and the pretension of understanding, in these poems that ask: “what is / freedom when divorced from / from?”

"Henry Wei Leung’s Goddess of Democracy explores Hong Kong’s political uncertainties as primarily exposed by the Umbrella Revolution, deploying sophisticated poems fraught with political (and personal) ambivalences that he grounds through copious journalistic explanations of various events via epigraphs and one dedicated prose section. Through this simple combination of lyric and documentation, Leung’s book simultaneously seeks and challenges the viability of the historical moment as one supposedly situated within a coherent political narrative. It sings the anger of revolution, but with a distinct dissonance, a song that both wavers on the edges of noise and is attenuated by memory’s density."

"The poems in this collection are intimate and deeply moving, writing as both witness but inquisitor as well, articulating grief, horror and trauma, as well as an appreciation for the small mercies possible through and around the fragile question of democracy. His poems offer neither shortcut nor solution, but articulate a restlessness and deep attention; writing not to argue what to do through moving forward, but the possibility of moving forward at all, leaving nothing and no one behind."