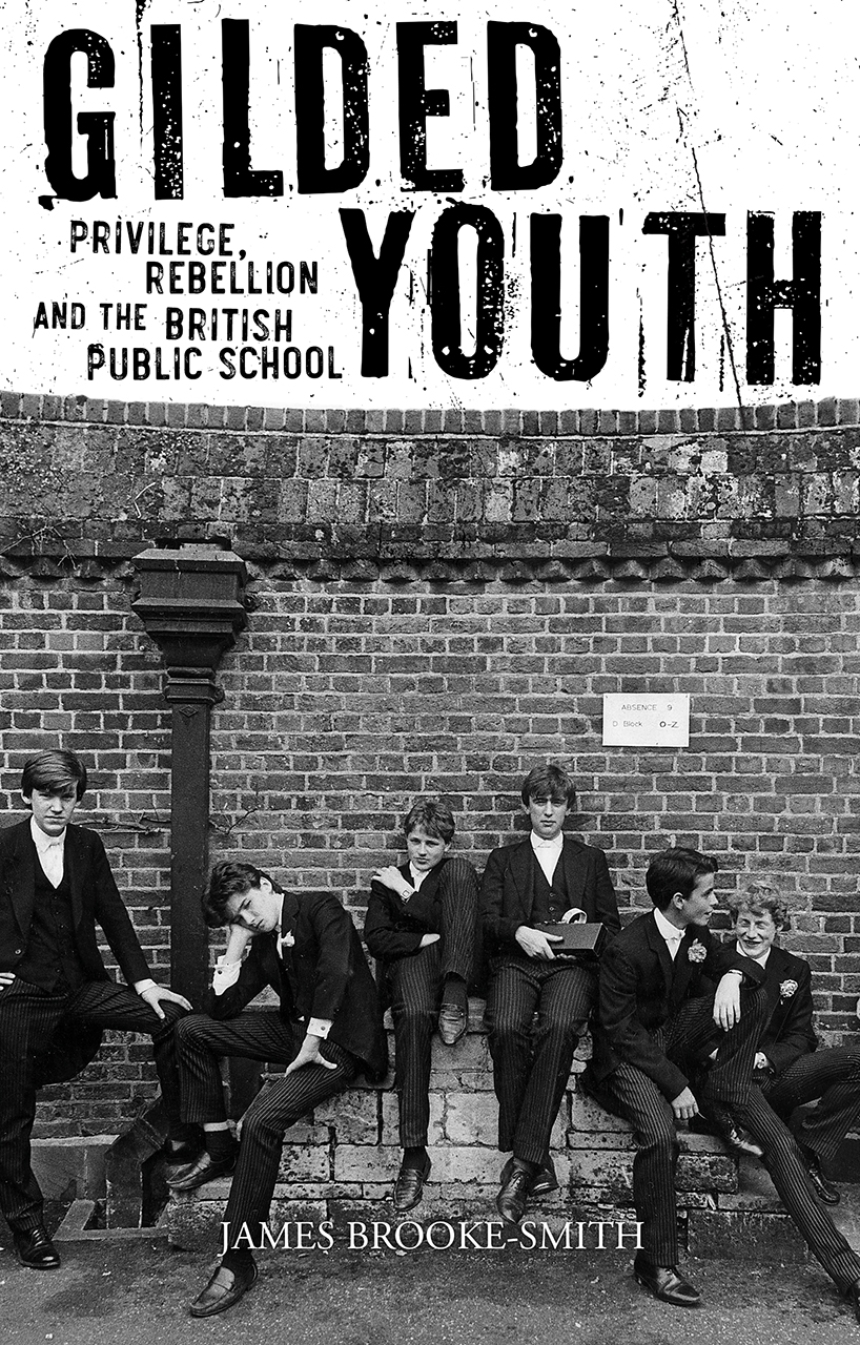 Drawing on personal experience, extensive research, and public school representations in poetry, school slang, spy films, popular novels, and rock music, Brooke-Smith offers a fresh account of upper-class adolescence in Britain and the role of elite private education in shaping youth culture. He shows how this central British institution has inspired a counterculture of artists, intellectuals, and radicals—from Percy Shelley and George Orwell to Peter Gabriel and Richard Branson—who have rebelled against both the schools themselves and the wider society for which they stand. Written with verve and humor in the tradition of Owen Jones’s The Establishment: And How They Get Away With It, this highly original cultural history is an eye-opening leap over the hallowed iron gates of privilege—and perturbation.

"Even those exhausted with this well-worn topic may be intrigued by Brooke-Smith's examination of the surprisingly complex history of public school dissent. . . . Beyond depiction of later well-known (but less violent) examples of public-school rebellion, Brooke-Smith identifies intriguing patterns of cultural subversion. . . . The author's disapproval of what he believes to be the unfair prominence of public-school alumni . . . has been, I suspect, sharpened by the way it persists in a dramatically changed Britain."

"[An] entertaining and rather racy history of subversiveness at the great public schools. . . . The details are glorious and told with relish."

"Deplore it or revere it, you cannot but respect the private school industry's wart-like survival in modern Britain. . . . The class that runs Britain has always practiced tolerance and absorption of its enemies and critics as a strategy in its long survival. Brooke-Smith’s highly entertaining cultural history of the British public school has many examples of this tendency."

"For a scholarly study of the British educational system’s upper tier, Gilded Youth is unusually rife with tension. . . . The commitment to impartiality is elegantly set down in a chapter about the 'secret life' of the Victorian schoolboy. . . . Yet it soon becomes clear that he was asked to leave the public school at which he fetched up (Shrewsbury) in his mid-teens, hates the institution that nurtured him like poison, and would like to see its playing fields dug up for cabbages. All this gives these well-researched pages on the theme of public school 'rebellion' an undeniable piquancy."

"Gilded Youth is an entertaining but serious study of how public schools came about, their history, and their preeminent position today."

“[Brooke-Smith’s] thesis is spot on—that the public school rebels who embrace counterculture can still rely on rich families, powerful contacts, and polished manners to get them through.”

"To each icon, its iconoclasts: so goes Brooke-Smith’s excellent debut. . . . Few things are so emblematic of Britain as its elite schools and the posh culture that they export. Yet in the face of modern egalitarianism, why so? The key, Brooke-Smith holds, to understanding these self-fashioned bastions of 'organic tradition and national heritage,' continually 'at the center of national life,' lies in their own rebels. . . . Gilded Youth is our author’s own thorough, thoughtful, and articulate rebellion. Brooke-Smith acknowledges that he has 'chosen to be more one-sided' in his writing and indeed his dislike of public schools, one of which he attended for a time, is evident. But for all his bias, dedicated research abounds. His prose flows with material from novels, government reports, memoirs, and more, and 33 pages of partial bibliography tail the volume. Whatever his convictions, the breadth of his knowledge and the earnestness with which he approaches his subject make Gilded Youth a fantastic read that cannot be dismissed."