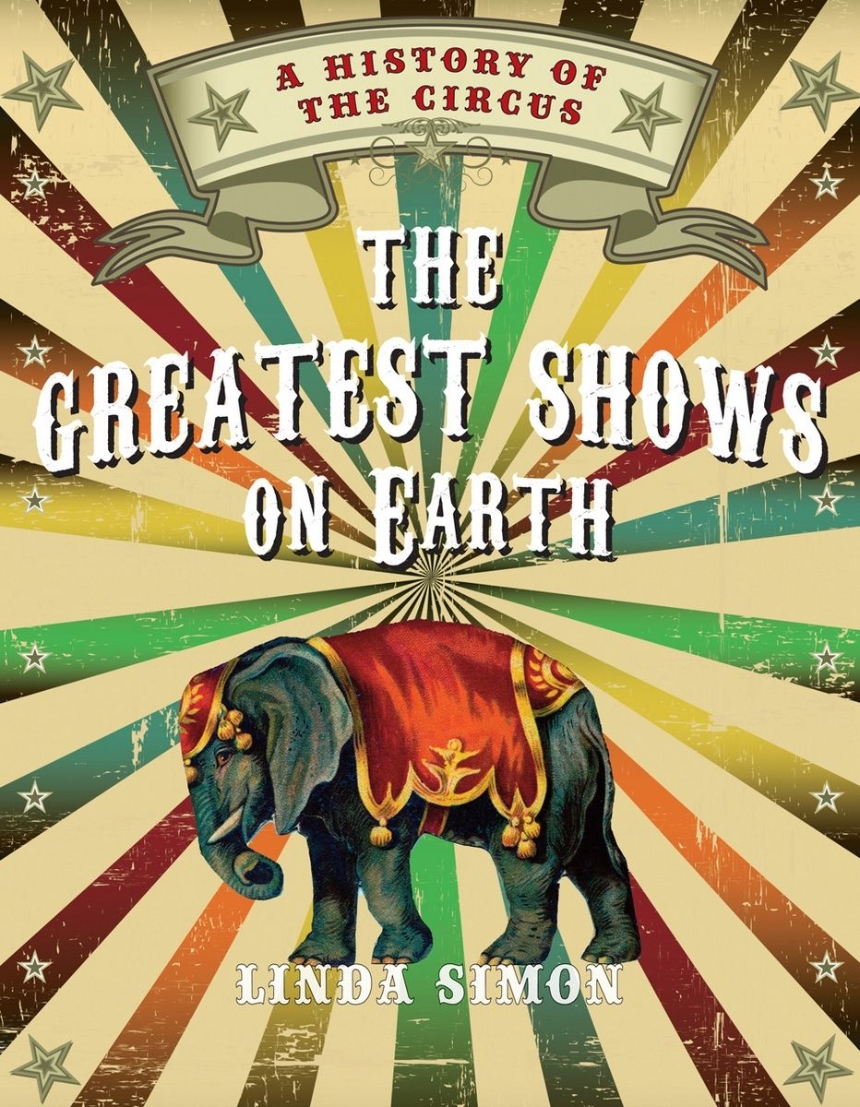 The Greatest Shows on Earth

A History of the Circus

The Greatest Shows on Earth

A History of the Circus

Beautifully illustrated and filled with rich historical detail and colorful anecdotes, this is a vibrant history for all those who have ever dreamed of running away to the circus, now in paperback.

“Step right up!” and buy a ticket to the Greatest Show on Earth—the Big Top, containing death-defying stunts, dancing bears, roaring tigers, and trumpeting elephants. The circus has always been home to the dazzling and the exotic, the improbable and the impossible—a place of myth and romance, of reinvention, rebirth, second acts, and new identities. Asking why we long to soar on flying trapezes, ride bareback on spangled horses, and parade through the streets in costumes of glitter and gold, this captivating book illuminates the history of the circus and the claim it has on the imaginations of artists, writers, and people around the world.

Traveling back to the circus’s early days, Linda Simon takes us to eighteenth-century hippodromes in Great Britain and intimate one-ring circuses in nineteenth-century Paris, where Toulouse-Lautrec and Picasso became enchanted with aerialists and clowns. She introduces us to P. T. Barnum, James Bailey, and the enterprising Ringling Brothers and reveals how they created the golden age of American circuses. Moving forward to the whimsical Circus Oz in Australia and to New York City’s Big Apple Circus and the grand spectacle of Cirque du Soleil, she shows how the circus has transformed in recent years. At the center of the story are the people—trick riders and tightrope walkers, sword swallowers and animal trainers, contortionists and clowns—that created the sensational, raucous, and sometimes titillating world of the circus.

“To paraphrase the words of the great poet E. E. Cummings, dang everything but the circus. Simon evokes the greatest show on earth in all its history and wonder. So run away from home, crawl under the tent, and enjoy this book.”

“Throughout, Simon demonstrates her understanding that circuses are mystical and complex, full of dazzle and escapism, both social and sexual. . . . Simon brings a learned hand to this bright history of the circus, which emblazons as it preserves the magic.”

“Our fascination with the fantastic—people and animals doing things most of us simply cannot do—is apparently as old as humankind. Simon offers ancient historical evidence, some from thousands of years before the Common Era, of incredible performers, from dancing Egyptian girls to ceramic Mexican acrobats to depictions of ancient Japanese tumblers. Through an engaging narrative and impressive photos, posters, and famous paintings by Lautrec, Degas, and others, Simon conjures the long and captivating history of the circus. . . . A sweeping look at the ancient fascination with spectacle and how it has evolved over time.”

“A jewel of a publication. . . . Simon writes about the various phases of circus history in a dense, rich prose—enlivened by some superb chapter-headings, quotes, and anecdotes. Here is an eclectic and well-chosen compilation of responses to, and illustrations of, the circus. . . . I enjoyed this book greatly. Linda Simon is clever and a thorough researcher. . . . she writes with a sharp eye for detail and page-turning momentum.”

“Engrossing. . . . It takes a book such as Simon’s vividly written and richly illustrated one to give us some inkling of what Emily Dickinson felt when she wrote ‘Friday I tasted life. It was a vast morsel. A Circus passed the house—still I feel the red in my mind.’”

“Handsomely presented on superior paper and with many illustrations, over half of them in colour. . . . [the book] ranges widely in time and place and evokes its subject with great immediacy. . . . A whirl of chapters on trick-riders, trapeze artists, animals, prodigies, and so forth, sweeps the reader into the atmosphere of the circus. . . . Simon enlivens history with roughly equal helpings of anecdote and philosophical enquiry.”

“Like anyone with a hankering for fairs, puppets, and music halls, I adored the world of the circus—and as [this] beautifully illustrated and superbly researched volume makes plain, it is a form of entertainment that has accumulated distinguished devotees.”

“A whimsical and enlightening history of the circus. . . . Simon does a fine job of exploring the subtexts of the circus. In addition to what is promised—‘a living cabinet of wonders, a theatre of the improbable, and even the impossible, an escape from reality’—the circus has always appealed to our baser instincts. . . . Above all, Simon shows how men and women over the centuries have been obsessed with controlling their bodies and, by extension, their minds—and how the spotlight and the ‘irresistible burst of applause’ were often fatally addictive.”

“In the age of CGI and editing, the ‘fleeting moment of magical spectacle’ that the circus represents holds a grip on our popular imagination about as firm as an aerialist’s on the trapeze. It’s an obsession that is intriguingly documented in Simon’s The Greatest Show on Earth . . . its great strength is providing both a strong practical narrative and a considerably interwoven portrait of the related thoughts of artists and writers (and later filmmakers) from the earliest stages of the circus’s existence, given, in many cases, the very specific inspiration that the circus provided them.”

“Simon has achieved a great deal in this book. Often relating circuses to the ways they have been represented in art, she offers detailed descriptions of the basic elements of circus acts. After a fine introduction covering circus history, she devotes chapters to the elements that make up circus performance. . . . This beautifully produced book—with its excellent color reproductions, extensive notes, and useful bibliography—is a must for those interested in popular culture. . . . Essential.”