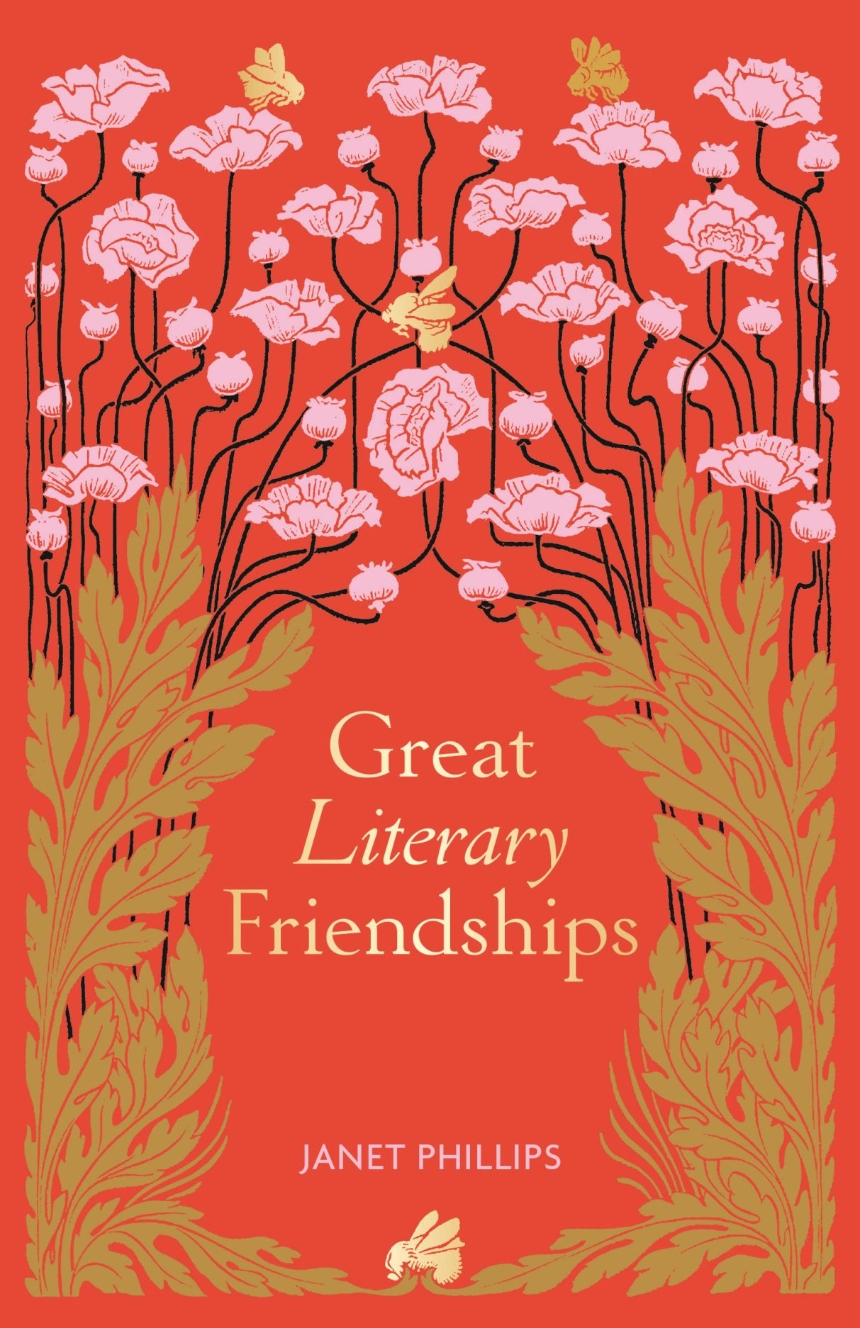 Close friendships are a heart-warming feature of many of our best-loved works of fiction. From the poignant schoolgirl relationship between Jane Eyre and Helen Burns to Tom Sawyer and Huckleberry Finn’s adventures on the Mississippi, fictional friends have supported, guided, comforted—and at times betrayed—the heroes and heroines of our most popular plays and novels.

This book explores twenty-four literary friendships and together with character studies and publication history, describes how each key relationship influences character, determines the plot, or underlines the theme of each literary work. It shows how authors have by turn celebrated, lamented, or transformed friendships throughout the ages. Some friendships—Don Quixote and Sancho Panza, Holmes and Watson, and even Bridget Jones and pals—have taken on creative lives beyond the bounds of their original narratives.

Including a broad scope of literature from writers such as Jane Austen, Charles Dickens, George Eliot, John Steinbeck, Alice Walker, Dona Tartt, and Margaret Atwood, this book is the ideal gift for your literature-loving friend.

“'The power of human friendship provides a wonderful escape from the sometimes grim realities of everyday life,' writes Phillips, editor at Bodleian Library Publishing, in her lighthearted debut, a survey of 24 friendships from classic works of literature. . . . A fun spin on literary analysis.”

Heart to Heart
Inseparable: Rosalind and Celia - William Shakespeare, As You Like It (1599)
Reserve and Recklessness: Jane and Emma - Jane Austen, Emma (1815)
Light and Shade: Lucy and Maggie - George Eliot, The Mill on the Floss (1860)
Three Cheers for the Singletons: Bridget, Shazzer, Jude and Tom - Helen Fielding, Bridget Jones’s Diary (1996)

During the coronavirus pandemic which took hold in 2020 most of us, under various lockdown restrictions, were not able to meet our friends for several months, and during this time many of us turned to books, in particular the classics, for solace.

This should really come as no surprise, since throughout these much-loved and perennially popular works of fiction, close friendships abound. These are the intimate best friends of childhood, student days, romance, hard times or even a lifetime. They are entirely different from the social media networks of the twenty-first century; often it is just one companion who supports the hero or heroine on their journey through life’s troubles and triumphs.

‘I’ll come with you’, or variations to this effect, was the line which first inspired me to think about the role of friends in our favourite books. For me it captures the essence of friendship in times of overwhelming difficulties. It acknowledges that a friend can’t solve things, can’t always even give advice, but they can be present, and that in itself is invaluable. In various ways, Celia says it to Rosalind when she is suddenly evicted from her home; Sam says it to Frodo as he sets out for Mordor and what seems like certain death; Hermione says it to Harry, on many occasions, when all other arguments have failed; Tom says it to Huck when he reveals his fateful plan to hide out in a graveyard; Ratty says it to Mole when he is overcome by homesickness for his beloved burrow. Further back in time, Pylades, defenceless against the gods, nevertheless accompanies his friend Orestes on his terrible journey of vengeance, and in the Book of Ruth, Ruth insists on going with her mother-in-law Naomi to Bethlehem, whatever fate awaits her there.

Such valued companionship extends, of course, to happier times, and other life-changing events, including lending an ear when the hero or heroine has fallen in love. Many writers across the ages have had fun with this theme, creating long-suffering friends to become valued confidantes and comforters: Pandarus takes on this role in Chaucer’s Troilus and Criseyde; Juliet’s nurse and cousin Celia are among several examples in Shakespeare. On the darker side of romance, several friendships are tested to the limit when both fall in love with the same person: Jane Austen’s Emma grapples with this unhappy situation, as do Maggie and Lucy in The Mill on the Floss and Lina and Elena in Ferrante’s Neapolitan novels.

Once the seduction is over, however, it has to be said that literary friendships often falter in the face of marriage. Arthur Conan Doyle rashly has Watson propose to Mary Morstan in The Sign of Four and then spills much ink finding excuses for her absence until he eventually kills her off in time for Holmes’s return.1 Indeed, several of the duos in this book are the happy bachelors of Victorian and Edwardian times – Pip and Herbert, Mole and Ratty – able to have so much more fun than their female counterparts. Anne of Green Gables fears her friendship with Diana will end on the day of Diana’s wedding, and it is true that their intense relationship recedes in the later books. In pre-twentieth-century literature it can be more difficult to find central female friendships that don’t revolve around finding a husband, and male writers of previous centuries tend to see young unmarried women as rivals for male affection. Brilliant though it is, Oscar Wilde’s witty portrayal of Gwendolen and Cecily – who, due to Algernon’s deception, believe themselves engaged to the same man in The Importance of Being Earnest – nevertheless has its roots in this assumption:
Jack: ...Cecily and Gwendolen are perfectly certain to be extremely great friends. I’ll bet you anything you like that half an hour after they have met, they will be calling each other sister.
Algernon: Women only do that when they have called each other a lot of other things first.
But in the twentieth century, writers such as Alice Walker, Toni Morrison and Margaret Atwood embraced the role of the female friend: flawed, controversial, unreliable even, but ultimately free from patriarchal control. And, like her or loathe her, Bridget Jones ushered in a whole new genre of writing on young women and their pals which continues to resonate. Most recently, Candice Carty-Williams acknowledged her as in part an inspiration for her own successful 2019 novel Queenie, which she has described as the ‘black Bridget’.

Some intimate friendships, viewed from a twenty-first-century perspective, can now seem like suppressed same-sex relationships, cautiously described back when some such partnerships were criminalized. In Andrew Davies and Julian Brock’s 2008 film adaptation of Brideshead Revisited, Charles Ryder and Sebastian Flyte have a sexualized relationship; and several retellings of the friendship between Achilles and Patroclus – of which there are many versions in classical literature – portray them as lovers. In Virginia Woolf ’s Mrs Dalloway, Clarissa remembers her friend Sally Seton with intense affection, savouring the moment when they kissed, which can only contrast positively with her conventional society marriage and hints at an alternative life, impossible for her at that time. Would Charles and Sebastian have been lovers if Waugh were writing their story now?

Whatever his sexuality, Charles Ryder is a character in the tradition of the ‘bystander’ friend, a man of modest means who becomes infatuated by a rich, charismatic, well-connected soulmate. He follows on from Nick Carraway in F. Scott Fitzgerald ’s The Great Gatsby and resonates in the characters of Richard Papen in The Secret History and Nick Guest in Alan Hollinghurst’s The Line of Beauty. He is the intimate friend of a smarter set, longing to be accepted but always remaining an outsider. His narrative is often an elegy for a friendship that is now lost.

Other narrators look forward, hoping that the importance and meaning of their friendships will outlive them. Horatio survives to explain Prince Hamlet’s actions to the incoming armies; in Things Fall Apart, Obierika defiantly honours his brave friend Okonkwo even in the face of retribution from the white colonists; and at the end of The Lord of the Rings Frodo imagines Sam reading to his children about their adventures from a big red book. In a more recent example, Elena’s four-book narrative of her childhood in Naples and subsequent adult life (in Ferrante’s Neapolitan quartet) is an urgent and compelling attempt to immortalize her best friend Lina.

The friendships in this book have been chosen from classic, mainly Anglo-American, bestsellers or books which, in one way or another, have proved influential on the portrayal of best friends in literature. I have avoided sibling relationships, though it must be said that they are often brilliant friends – Elizabeth and Jane Bennet, for example, or Margaret and Helen Schlegel in Forster’s Howards End, or Scout and Jem Finch in Harper Lee’s To Kill a Mockingbird – but I have allowed cousins since these have the more independent quality of having different sets of parents. The many friendships in mythology (such as Troilus and Pandarus, Achilles and Patroclus, Orestes and Pylades, Robin Hood and Little John, King Arthur and Sir Lancelot) are not included here, as their portrayals vary from source to source and are difficult to pin down in a definitive narrative. Finally, although there are many examples of friends who betray in the literary canon – Brutus in Shakespeare’s Julius Caesar springs immediately to mind (his treachery famously exposed in Caesar’s dying line, ‘Et tu, Brute?’) or Becky Sharp in Vanity Fair, Sandy in The Prime of Miss Jean Brodie or Toni Morrison’s Sula – in the main I have preferred to focus on those whom we remember as true friends, remaining faithful to the best of their abilities.

Rereading these incredible books which demonstrate the power of human friendship provides a wonderful escape from the sometimes grim realities of everyday life, and some characters, so intricately drawn, seem also to provide companionship. Jane Eyre reaches beyond the page in her direct addresses to the reader; Helen Fielding has commented that ‘the way readers relate to Bridget is perhaps rather similar to the way women relate to each other’;4 Don Quixote and Sancho Panza have become characters who entertain well beyond the bounds of Cervantes’s novel. Organized into broad themes, the types of friends portrayed here echo across genres and centuries; you might find similar friendships in, for example, Childhood and Adventure or in Romance and Hard Times. Whatever the connection, I hope that these stories of unforgettable friendships will give cause for celebration of the friends who stay with us, in times of crisis and against all odds.
Gallery
Back to top 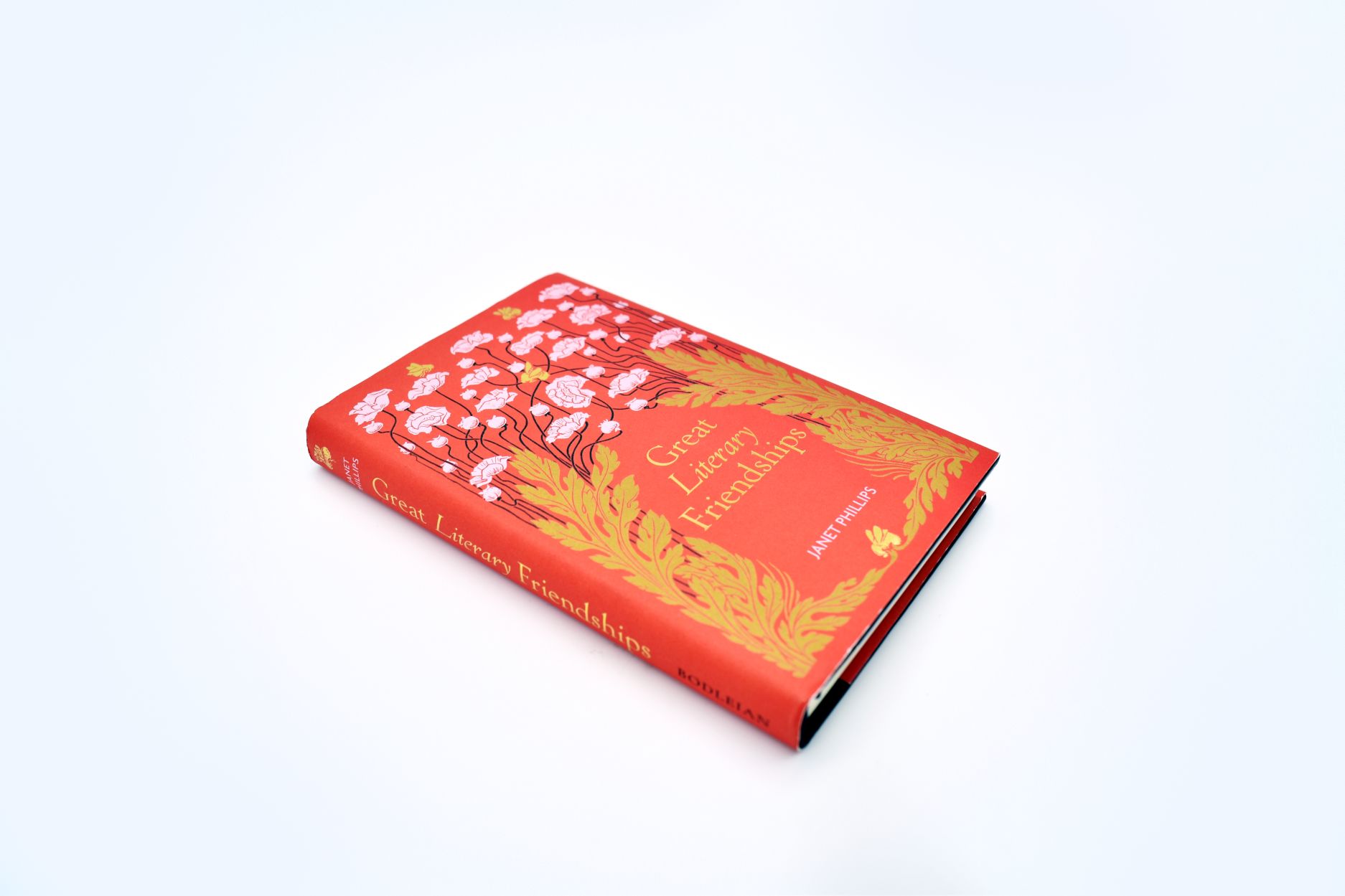 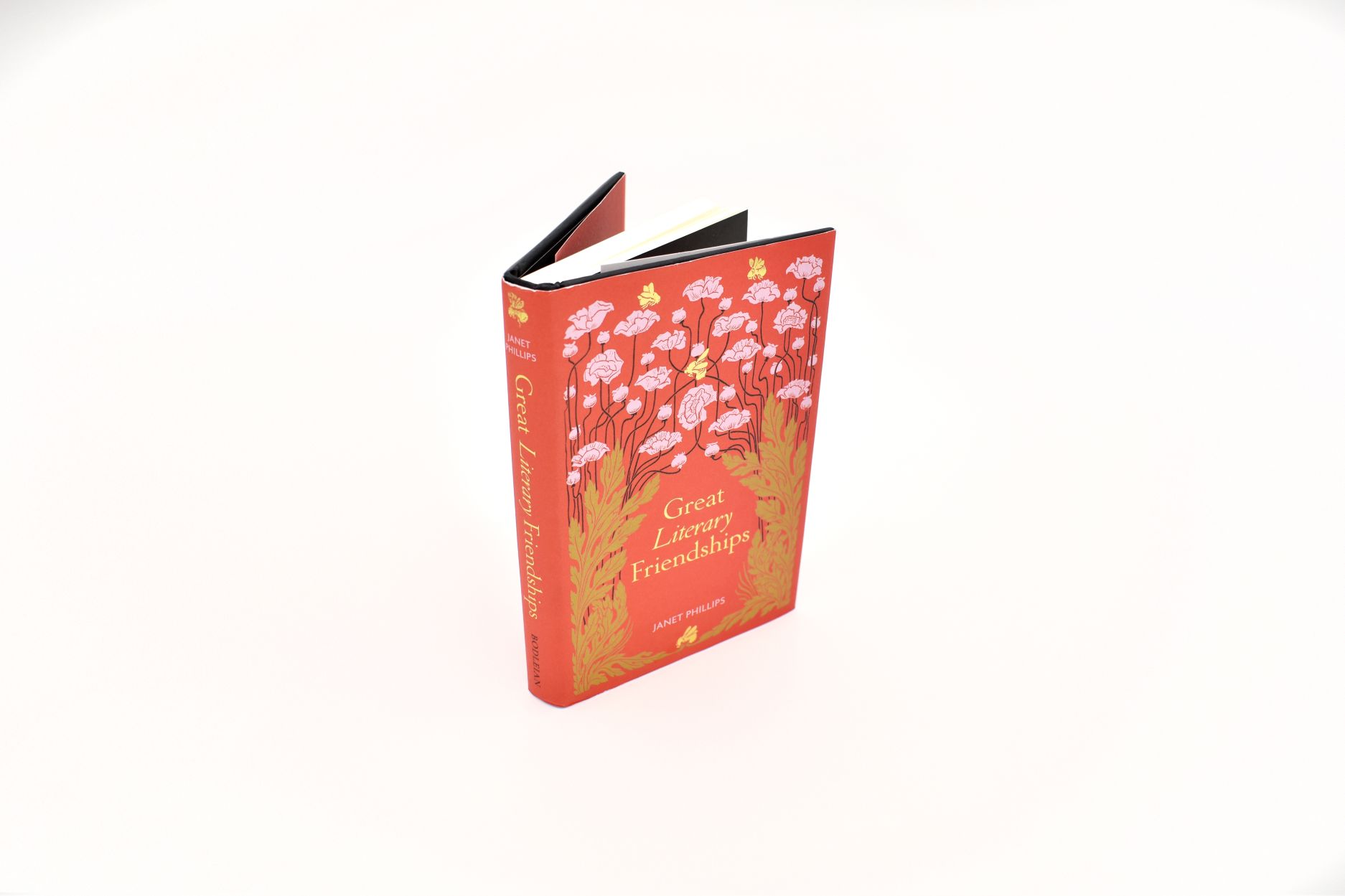 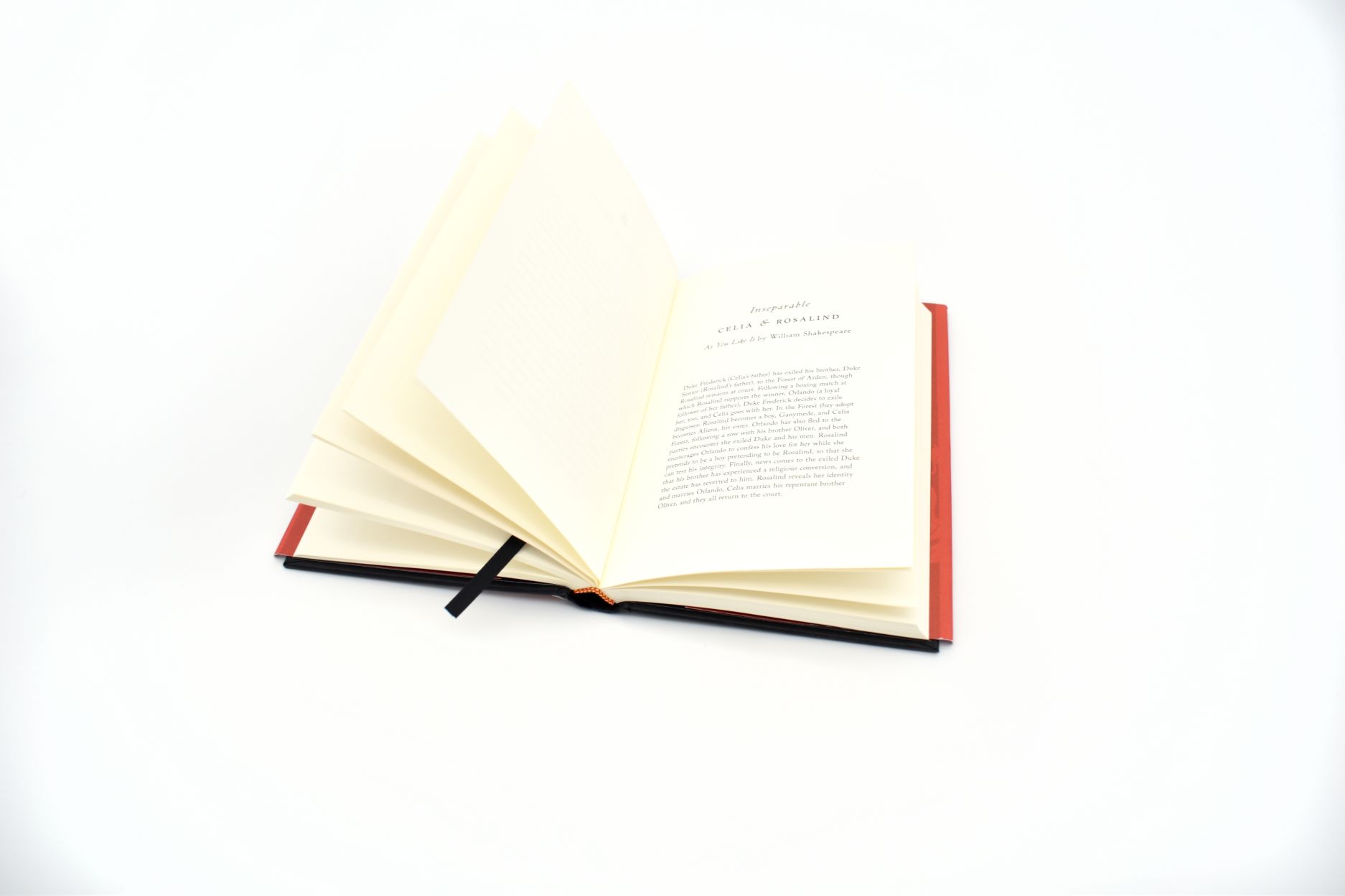 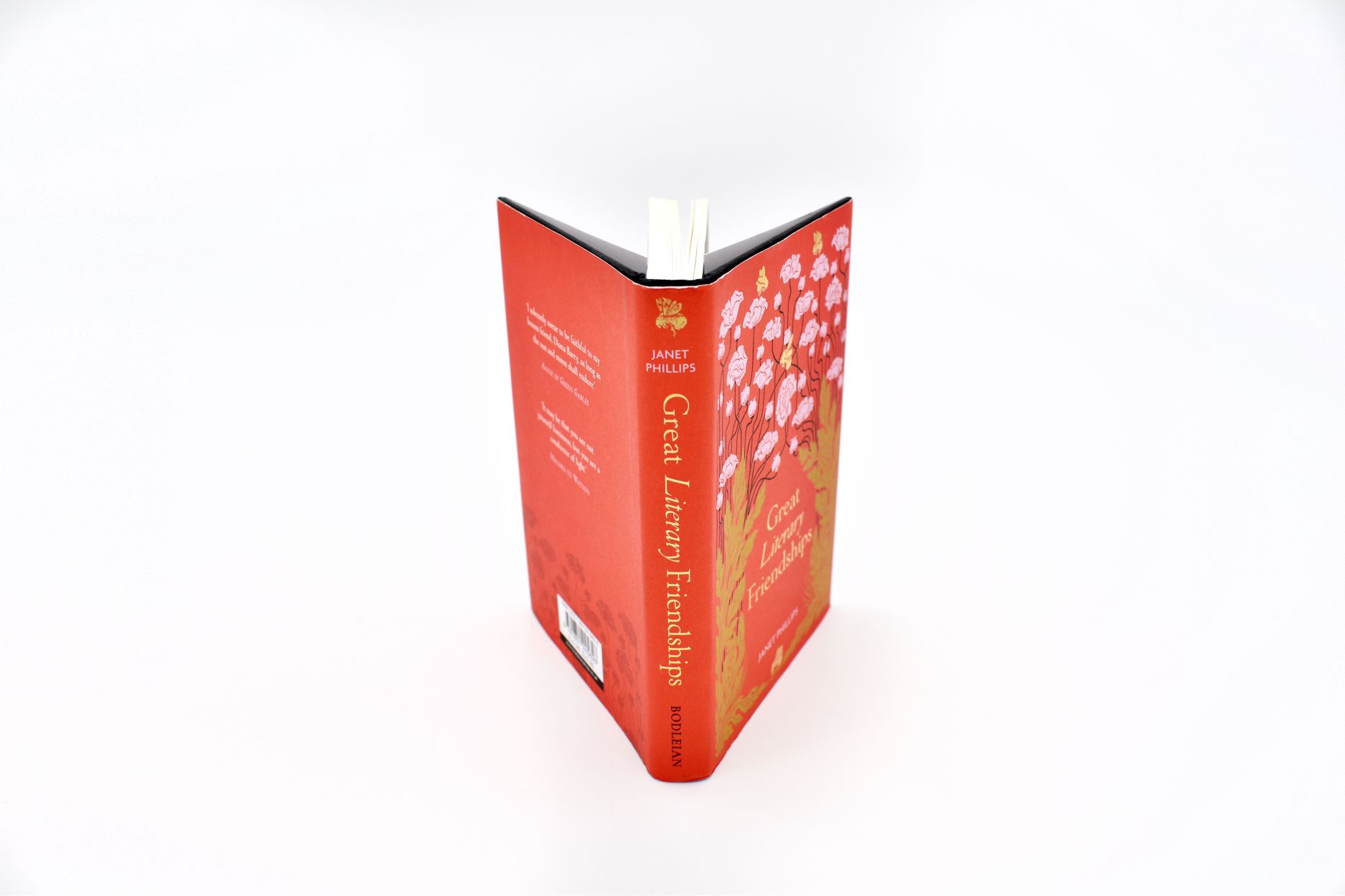